In order to be able to write to the USB drive while it's plugged into the router, it has to be formatted by the router, which renders the directory invisible to windows if connected directly to the PC via USB. Because of this, I don't think that there's a way to add media files directly to the drive by plugging it into my PC.

I can add files to the Media Server directory wirelessly over the network by setting it up as a Samba (SMB) server at the same time as it is set up as a Universal Plug and Play (UPnP) media directory, but the write speeds I'm getting using the SMB file sharing protocol are extremely slow, often dipping below 1 MB/s, and sometimes flatlining completely.

If I try to batch transfer a large number of files at once, to let it load the drive up with shows overnight, I will always wake up and see that a filepath creation error aborted the whole transfer process partway through.

I have seen one other post discussing slow write speeds to NAS drives on the TH forums, but it is pretty old, so I started a new thread:

First of all, I'm not sure if this should go under storage or networking, so sorry if I've put this under the wrong section. I have a hard drive connected to my network through my router which I can access through either the internet or through my local network. I expected the read/write speeds...

I saw one external posting with a partial solution, using NFS instead of SMB, but NFS is only available on Windows Enterprise or Linux, as far as I know.

Fast Copy from NAS but Slow Write to NAS 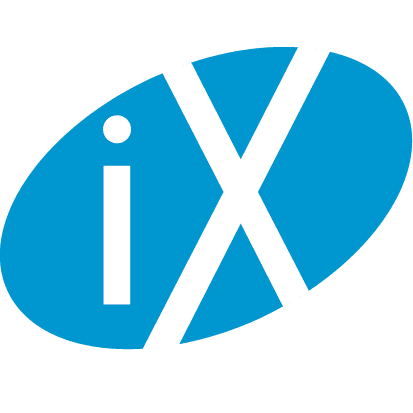 That thread also didn't explain why SMB had performance issues with writing files to drives, and the OP was essentially converting a PC to a NAS server, not just using a networked drive.

NFS also isn't an option for the router based NAS that I'm using, unless I switched my router firmware to something that supports it, which I'm really not looking forward to. I tried Tomato and DD-WRT in the past, when the ASUS firmware was sort of terrible, but it has come along over the last ten years, and I kind of like it now.

I know that plugging a portable USB drive into the USB port on a router is a super basic way to use NAS, but the router integrates well with smart TVs and mobile devices as a media server.

I do have an old gaming tower that I've thought about turning into a networked media center, but, to be honest, the power consumption of a USB powered drive connected to a router that is already running is way less than that of a 1000W PSU, even at idle.

I also just want to learn more about writing to NAS before throwing more hardware at the problem.

The whole home setup spans across two buildings, using the main router listed above, a love of Cat6 cable, two wireless APs, and another router with a hidden network for my hyper security-conscious sister to protect her patients' privacy.

For some reason, setting up routers feels like a tedious process here, in an of itself. When I added one to the barn office so that I could reprogram vehicle modules using SPS, I forgot to differentiate the stock IP address first, and there was much plugging and unplugging before I was able to finalize the setup. I feel like I do that every time I buy a router.

Anyway, if anyone knows a more efficient, low cost, low power way to load files onto a media server on a NAS drive, please let me know.

P.S.
I suppose this could have gone in Networking, instead of Wireless Networking, or even Storage, but some people have mentioned that the additional element of using SMB over Wi-Fi can be a factor, so, I thought this section might have users who've tried to do pretty much exactly what I'm trying to do.
Last edited: Jul 7, 2020
0

My suggestion is to abandon the router as the "host" for a USB NAS drive.

As appealing as the idea may seem (and it does have some appeal), the router is a router and the USB port just a bit of a sideshow.

I experimented with a USB "NAS" quite sometime back. Problematic and slowed the network router (Linksys WRT1900 AC) whenever the USB storage was connected. I no longer use the router's USB port.

Reconsider using the old PC as a NAS via dedicated software such as FreeNAS.

Upgrade the old PC to a newer, lower wattage, more efficient PSU, and use a wired connection direct to the router.

Just my thoughts on the matter. There may be other ideas and suggestions.
0

I concur with not using the router as the NAS controller.

It has a small brain, and is often overwhelmed by doing too many things.
Let the router be a router.
0

I was hoping for a magic bullet, but what you're saying is logical.

The old rig is a pretty huge tower, anyway, so, I might save it for upgrading and make a more power efficient mini box using cheap parts for a home server.

As for the guy who posted the article citing his dedicated NAS build as having similar write speed issues, that still makes me wonder if I will have slow write speeds using FreeNAS.

Do you guys find that you can write large batches to your NAS builds over your wifi reliably and quickly?
0

WhistlingWillie said:
I was hoping for a magic bullet, but what you're saying is logical.

The old rig is a pretty huge tower, anyway, so, I might save it for upgrading and make a more power efficient mini box using cheap parts for a home server.

As for the guy who posted the article citing his dedicated NAS build as having similar write speed issues, that still makes me wonder if I will have slow write speeds using FreeNAS.

Do you guys find that you can write large batches to your NAS builds over your wifi reliably and quickly?
Click to expand...

Large file I/O over WIFI will be slow. If both NAS and client are on WIFI it will be doubly SLOW.
I get 100MB/s write speeds with wired ethernet to my commercial Synology NAS.
0

This is from my PC to my QNAP NAS, wired on a typical gigabit LAN: 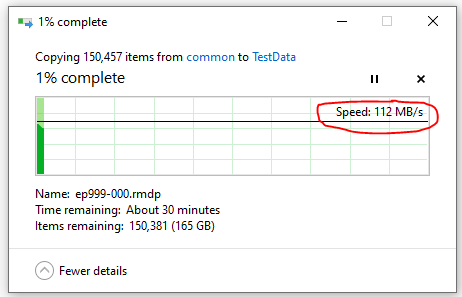