Question How exactly does one replace a MSI GF65 10UE Thin Keyboard?

I ordered a replacement keyboard for my MSI GF65 10UE but can't figure out how to get the old keyboard out.

I contacted MSI support. They provided a disassembly guide (MS-16W2) which takes you through removing the lower case, battery, WLAN, SSD, fans, fansink, DRAM, touchpad cable, main board, and finally the LED & keyboard cables. What remains is a metal plate that appears to secure the keyboard to the top case but with no apparent means to remove it (no screws, clamps, clips, etc.). 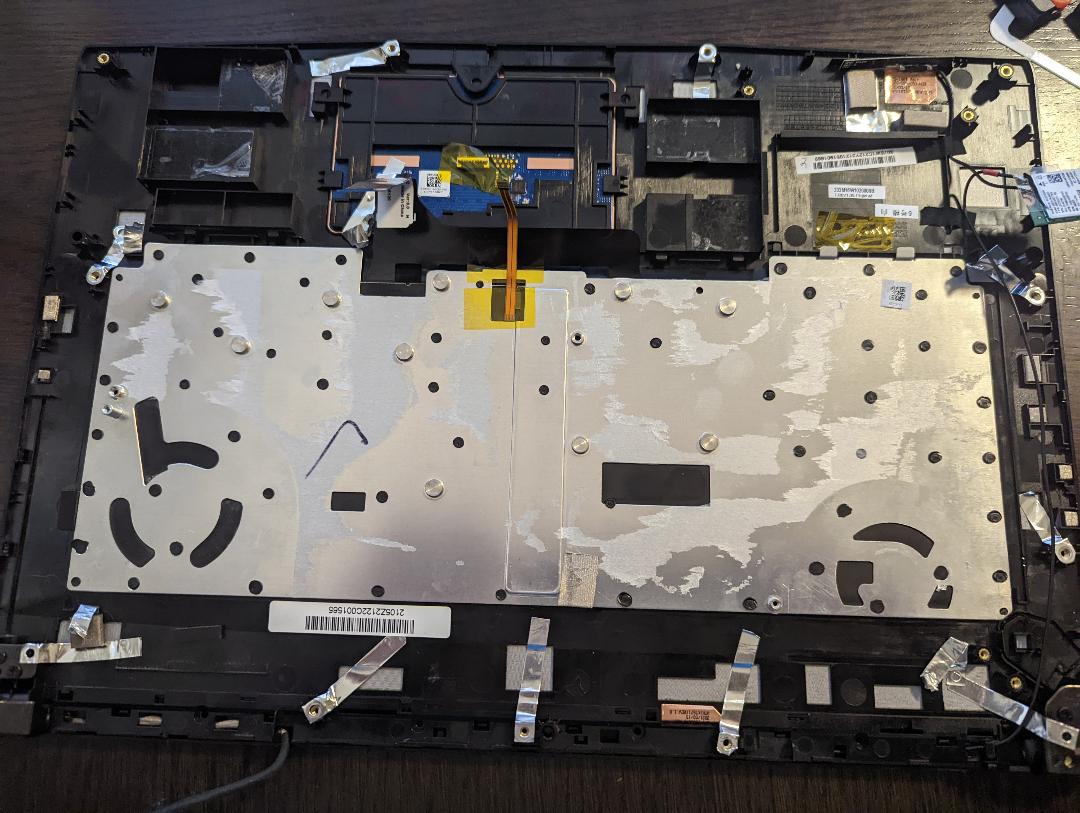 MSI support confirmed their disassembly guide doesn't specify how to remove the keyboard. They suggested it might involve using a soldering iron to melt the black pegs, but couldn't be sure there wouldn't be other factors keeping it in place.

I'm puzzled why the replacement keyboard is widely sold when MSI isn't sure how to remove/install it. If the manufacturer doesn't know how to do it, who else might?

BTW...I had considered only replacing those keys that had broken and split in half from normal use. It's not that I have hulk hands and hit the keys too hard while playing games (though arguably these should be more resilient considering it is a gaming system). Rather, they just appear to be cheap quality. The letters fade off the keys after only a few months of play. I've limped by thus far by replacing broken keys with less used ones (e.g., moved my page down key to my 's' key since that gets lots of use), but am tired of having a keyboard that looks like grandma's teeth.

Greatly appreciate any help! I've spent hours looking on google, youtube, reddit, etc. to no avail. I'm hoping someone in MSI might see this and have a solution.
0

I had an older MSI lappy and I believe I had to remove a plastic strip at top of keyboard above the F keys to access screws to remove the keyboard from the plate. Look at it open normal like you are going to type. above the F keys to the edge of the chassis next to the monitor. Hope this helps. If I remember, it popped out, but was a few years ago.
Reactions: aranel72
0
T

@Rokinamerica Some older HP laptops had that too, as did my 2009 Acer laptop. That way of construction isn't really used anymore. The keyboard plate/inner case/whatever it's called is mostly one solid part.

@aranel72 Can't believe this is still happening in 2022. How can it be that a manufacturer can't tell you how their own device is built? All "disassembly" or "teardown" videos only take off the bottom cover and change the RAM or SSD. It doesn't seem like there are any more screws to take out. The silver plate seems to be held in place by the black pegs. So you know that once you melt those pins, you can't place the silver plate back into its' original position.

Searched a little bit more online. Found >>>this<<< thread. It links to a YouTube video (pasted underneath) that does exactly that. Apparently MSI does this more often. I don't know what this will do to the overall stability of the laptop frame and if the keyboard can be held in place afterwards.

Thank you taioum. I had seen that video too but was concerned to start melting pegs only to find out something more is required first.

I did see that on some MSI models, but not this one.

Here's my current keyboard in all its broken glory. 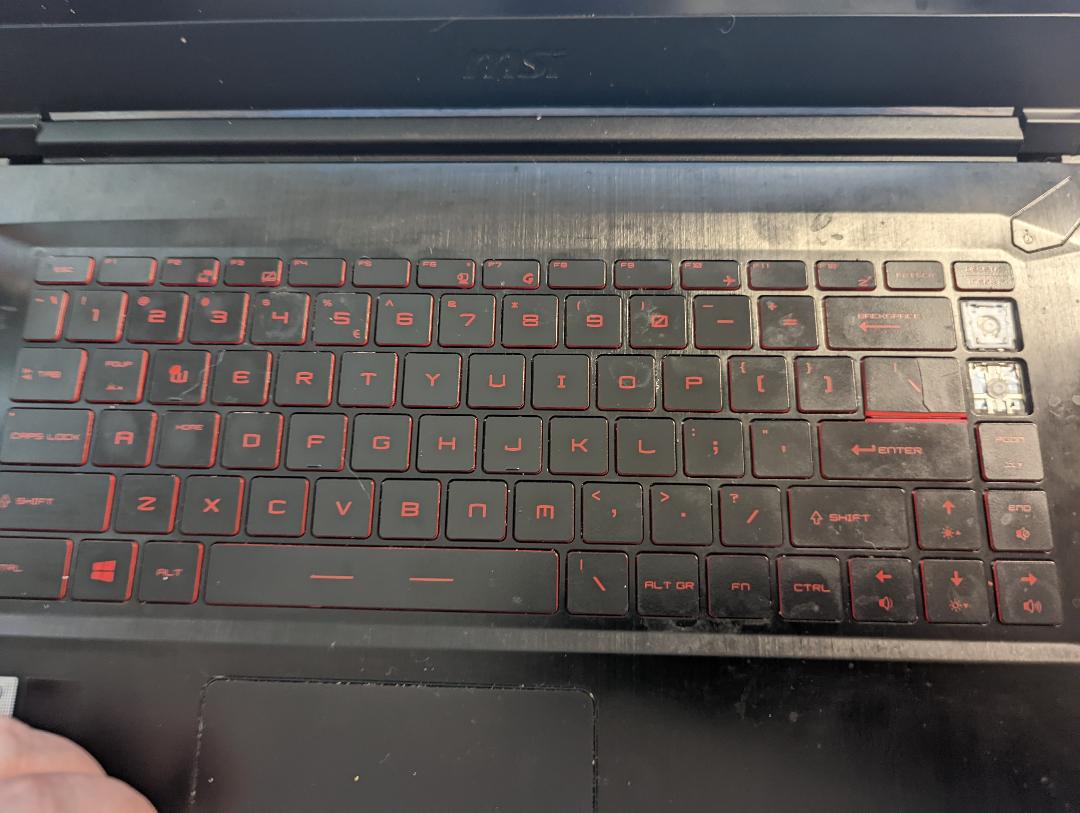 You can see the q and s keys have been replaced by page up and home. The paint on the w has nearly worn off. The \ is split in half but barely functional.

I suppose I could just swap the keys I need from the replacement keyboard, but replacing the whole thing sounds a better option.
0

Wow, that is just a bizarre design to me. Nice find on the vid, but I am somewhat amazed that is the only option to replace it.
Reactions: aranel72
You must log in or register to reply here.
Share:
Facebook Twitter Reddit Tumblr WhatsApp Email Link