I'm currently expanding my storage with a number of SSD's and would like to get full PCI-E lanes to a much drives as possible while still leaving as much lanes for my Graphics card too.
I've already done some research but my situation is a little different and I need some help on what slots I should use for what devices

I currently have the https://www.gigabyte.com/Motherboard/X570-AORUS-ULTRA-rev-10#kf motherboard with a Ryzen 3950x CPU.

tweakers.net
I read somewhere that these adapters are "dumb" and should support PCI-E 4.0 as well as 3.0. This is the first thing I can't find a definitive answer to and would like confirmation on

Currently my setup is as follows with the 980 PRO 2tb still to be added: 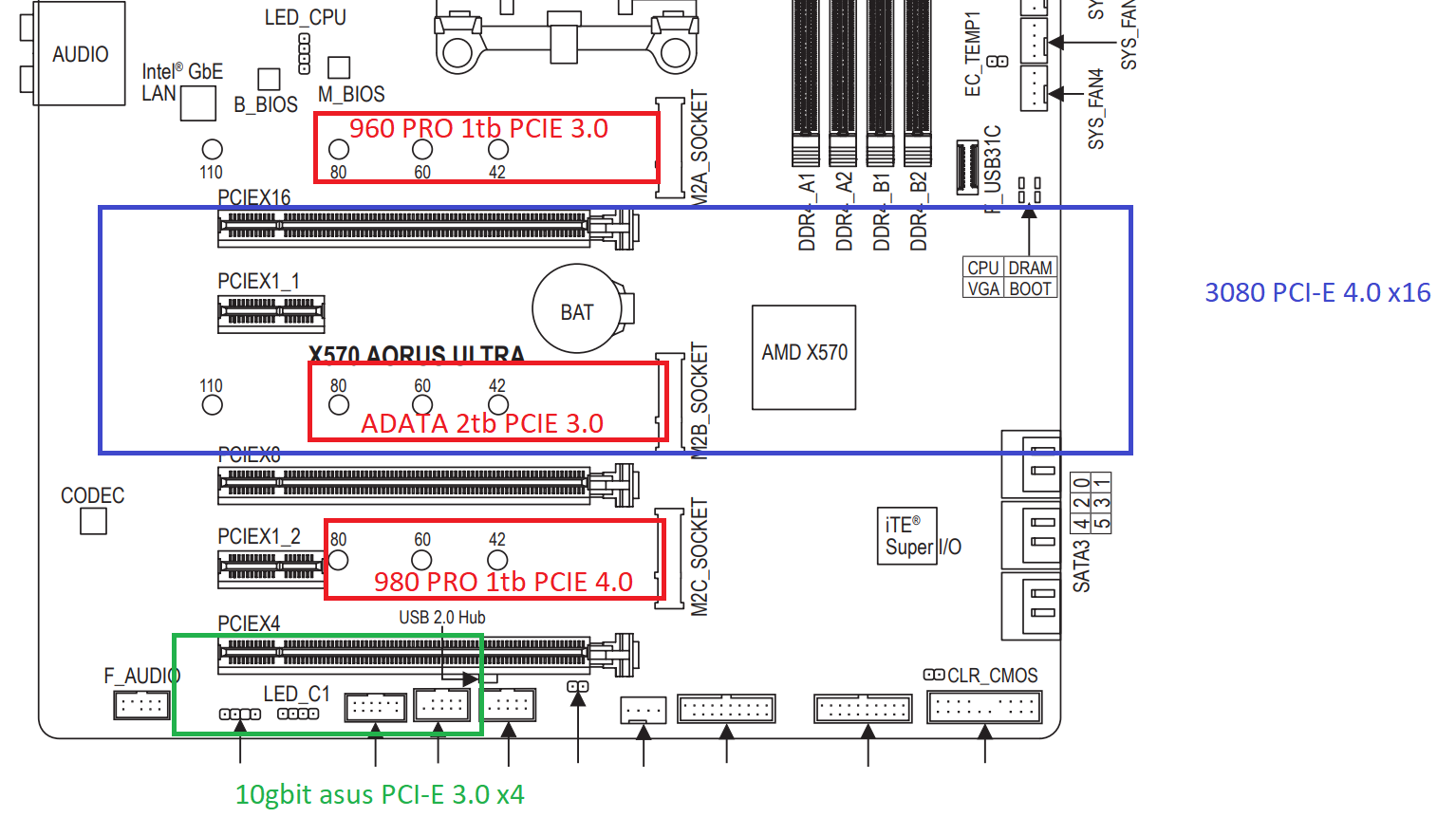 This setup results my GPU having 16 lanes, my 2 PCI-E 3.0 NVME disks having 4 lanes each, my 10gbit ASUS card having 4 lanes and my last 980 PRO only having 2 lanes.
Which is already more then the 24 lanes??? So I'm confused on how this all works.

What would make most sense on how to install all of this while limiting the amount of devices being bottlenecked by having too little PCI-E lanes.

Here's an empty schema to fill in 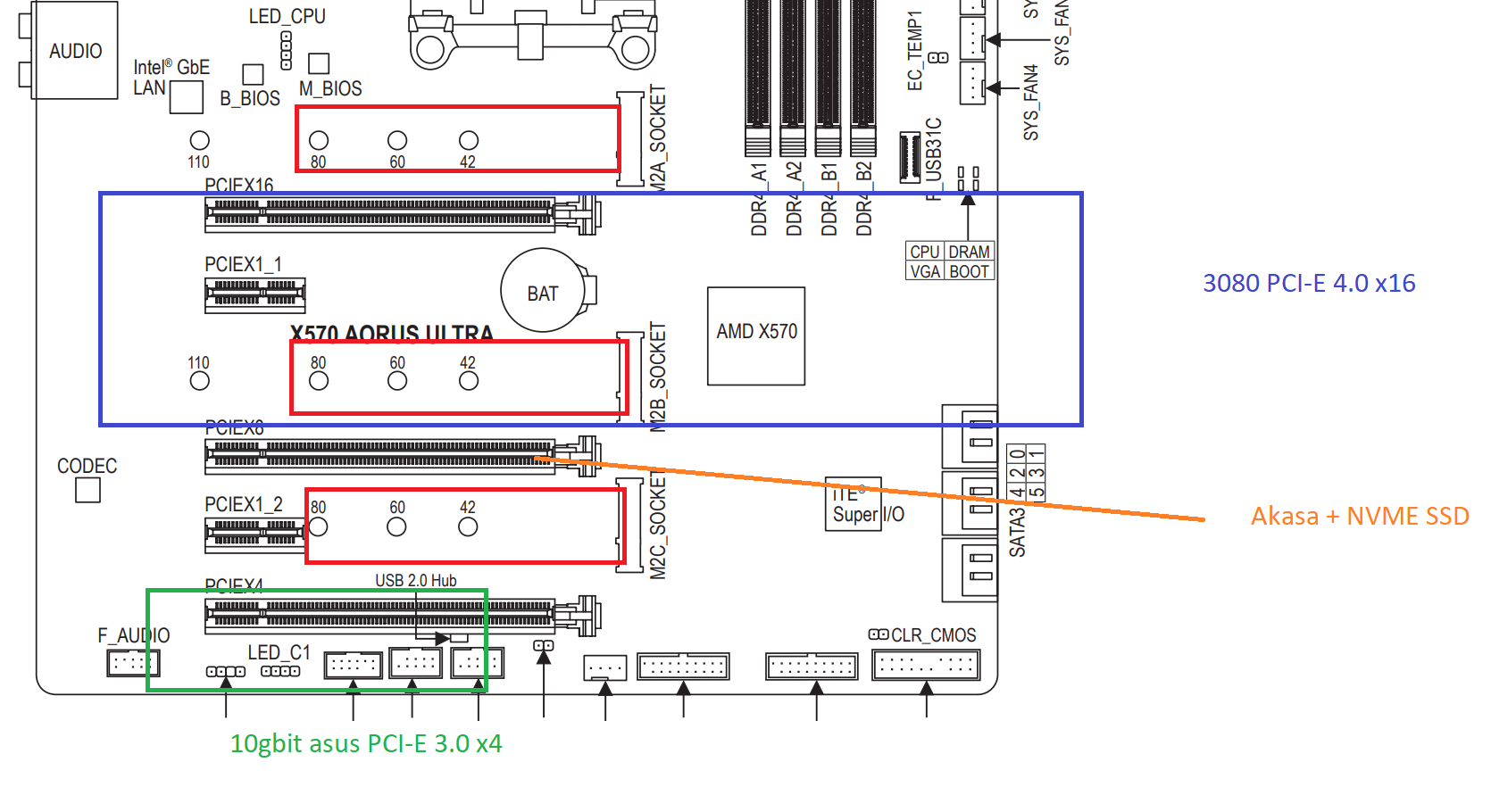 Some ideas / questions:
P.S.
The reason I've placed the 10gbit card at the bottom and the Akasa riser at the top is because the Akasa riser is a lot lower thus hopefully blocking less airflow to the GPU.
0
M

It would be hard to fathom pondering it being better to have only half the lanes active to the GPU to allow more lanes elsewhere to storage unless tops cores on CrystalDiskMark are the goal...; otherwise, the .3 seconds difference on game load times, boot times, etc., are not really noticeable between a 980 EVO and a 970 EVO, for instance...
0

I've read from some posts on the internet that the 3080 only benefits very slightly from a x16 slot (maybe 1 or 2 fps). But I hope someone else can give me some more insights in this.
You must log in or register to reply here.
Share:
Facebook Twitter Reddit Tumblr WhatsApp Email Link