Question I can only lock two pins (diagonal pairs) of CPU cooler?

I have followed the manual but I was unable to lock all 4 pins of the front bracket to the motherboard. No matter how hard I pushed (I don't want to damage the motherboard!), I could only lock two of them diagonally (either top left + bottom right OR top right + bottom left). I left the other two pins unlocked (the holes of those pins are bent upward because of the pressure from the other two successfully locked pins).

The cooler has these parts: heatsink and two fans, and a top mounting bracket with one pin at every corners (4 corners). The heatsink itself somehow won't attach to the bracket (it uses a pair of clip like AMD stock cooler), no matter how much force I used. So, I installed it the way I explained above: attach the heatsink to the bracket first, then install the bracket to the mobo instead of the other way around.

I ran Cinebench R23 for 30 minutes and the temps are 39 to 66 degree C. (Of course I remember to apply thermal paste.)

So I decided to finish my PC build this way... But I am afraid, will this damage my PC in the long run? How do you suggest I should do? Replace the cooler with the one with screws instead of just pins?

(You can see the AMD-like cooler clip I mentioned earlier below, at the bottom of the cooler near the heat pipes.) 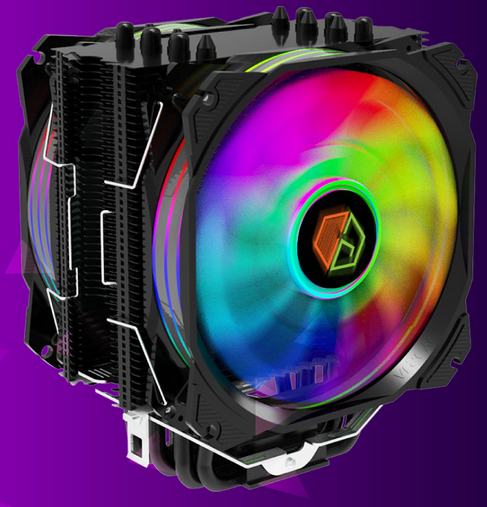 i haven't seen any info regarding what generation of sockets this cooler is actually compatible with.
what backplates & socket kits did it come with and were thay actual labeled LGA 1200, 1700, etc..?
0

JohnBonhamsGhost said:
i haven't seen any info regarding what generation of sockets this cooler is actually compatible with.
what backplates & socket kits did it come with and were thay actual labeled LGA 1200, 1700, etc..?
Click to expand...

The cooler comes with two bracket kits, each for Intel and AMD. The Intel part is compatible with LGA 115x and 2011 (separate bracket). Only AMD part has a back plate.

(The bracket has label printed on it.)

Also, yes, they don't even care to upload some PDF manual online.
0

if this is highest it ever hits then it is definitely not dangerous but i would be wary about it staying seated without being properly fastened.
of course the CPU will throttle and then shutdown if it does reach dangerous temperatures
but i also wouldn't keep a product that doesn't function as it should, i.e. properly connect.

when installing maybe try just tightening one corner a turn or two, then the diagonal a couple, and all the way around that way.
i've had a couple older socket coolers that had to be done very little bits at a time all the way around.

Webexplr said:
they don't even care to upload some PDF manual online.
Click to expand...

if still doesn't fit right try contacting product support and see if they reply with any help or suggestions, or at all.
or see if they have any dedicated forums and if others have had the same issue and have discovered the problem.
0

Thanks for your answer John,


JohnBonhamsGhost said:
i would be wary about it staying seated without being properly fastened
Click to expand...

I lifted the motherboard by the CPU cooler's heatsink (to place the board into the case) and it was pretty rock solid, even though only two pins (diagonal) were locked into place.

there is nothing to tighten, no screws, just push-pins...

I can't find the product support anywhere, but I'll contact my retailer.

I have run various stress test and amazingly my system is stable. Not a single crash / BSOD.

Well, this is what I got for not researching the product first before buying lol.
Last edited: Jan 18, 2022
0

Webexplr said:
there is nothing to tighten, no screws, just push-pins...
Click to expand...

then try just very slightly pressing each pin further into place in an alternating diagonal pattern one-at-a-time without fully seating them.
eventually hopefully you would have all of them more evenly inserted and tight.

seems like a very cheap design.
even if you are reaching decent temperatures now, with a well manufactured and better performing cooler you may reach even better.
i would seriously consider returning this thing and going for a known high-performance option.
but if you're happy, that's all that really matters...
Reactions: Webexplr
You must log in or register to reply here.
Share:
Facebook Twitter Reddit Tumblr WhatsApp Email Link