Question I think my new PSU might be faulty

I just built a new PC, and I'm having issues with the PC restarting while gaming. I have trouble replicating this issue so its hard to pin down to the PSU. Setup:

Its really weird, some times stress testing the GPU causes failure, sometimes I can stress test the CPU and the GPU at the same time for 20 minutes and it works, sometimes I play video games and it fails, sometimes I stress test it the gpu and it fails. It seems to be connected to the GPU and not the CPU, as I can stress test the CPU all day long, so it seems to be an issue with the GPU or the PSU, but the GPU was a fresh one replaced under warranty, so I don't think its the GPU. I don't really want to buy any new parts without confirming, but from what I've read the cx750m might not be that good. I was only told to stick to name brand looked and AMD, corsair is a good brand, and bought the first 750 w supply I found at a decent price. Anyone have any ideas of how I can pin this issue down? I don't have any friends with computers near me to trade parts with. I also check event viewer a nd get the code 41 which I've heard is a power issue. Its hard to consistently cause the restart, its almost random as long as the GPU is being used heavily.

tgst said:
code 41 which I've heard is a power issue
Click to expand...

No, it's an unusual shutdown of Windows.

CX750M is not particular bad. It's has just an outdated internal design.

What's the brand and model of the RAM?
Motherboard BIOS fully up to date?
0
T

--SID-- said:
No, it's an unusual shutdown of Windows.

CX750M is not particular bad. It's has just an outdated internal design.

What's the brand and model of the RAM?
Motherboard BIOS fully up to date?
Click to expand...

ram is Corsair Vengeance, bought straight from best buy. Model is CMK16GX4M2B3200C16
I just updated the BIOS, updated it to ver H.40, or V17.4 , not sure which number is accurate.

I did manage to pass the stress test after I changed some of the JFP1 wires, but I was told that it didn't mater the orientation of the reset or power switch but the reset was reversed,

however due to how random these crashes are my hopes are not up that that was the issue.

edit: going to update windows and see if maybe that was the issue, i never updated windows when i first built it yesterday
Last edited: Nov 30, 2022
0
T

i think it might be something else then, because if its PSU, I should be able to consistently recreate the crash? But it seems really random here. Some stress tests work fine, sometimes it crashes 2 seconds into the test.
0
S

Half of them run bad with Ryzen. What's the version number of this kit? 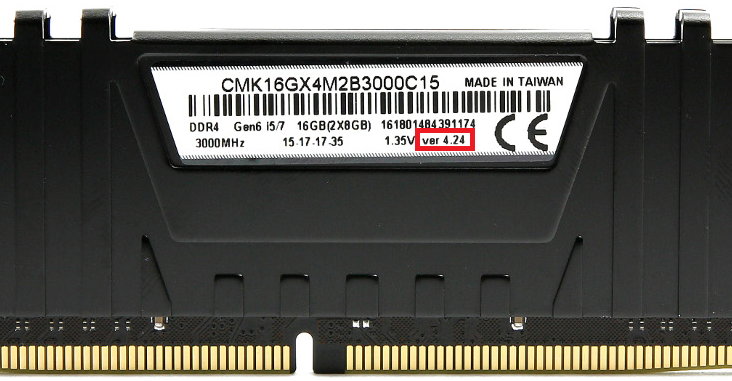 --SID-- said:
Half of them run bad with Ryzen. What's the version number of this kit?

Is on the memory QVL of the motherboard. Did you enable XMP?
0
T

--SID-- said:
Is on the memory QVL of the motherboard. Did you enable XMP?
Click to expand...

Yeah.
I think I enabled XMP, i just clicked the XMP profile 1 in the bios
0
S

Done, but it still restarts. Interestingly enough I used OCCT for about 10 minutes, 100% load on both CPU and GPU and it was just fine, the PSU seems to be good. I used Valley Benchmark and it restarts within 1 minute. I no longer think its my PSU, as it only seems to happen when rendering, which possibly means its my GPU, however the GPU was a warranty replacement, shipped earlier this month. So I don't even think its the GPU. So I guess its either the ram or a software issue. Im going to try a different PCIE slot.

edit: So i've gotten it to a point where it consistently crashes when I turn on valley bench mark after some time. I don't really know what else to do, so I'm just going to return it to amazon and wait till I can afford to buy a new one. Will steer clear of corsair i guess.
Last edited: Nov 30, 2022
You must log in or register to reply here.
Share:
Facebook Twitter Reddit Tumblr WhatsApp Email Link