Hey guys, i'm here for your toughts on this, i'm running a I7 4790K for a few years now and it was cooled by an old Corsair H60 which was doing the job fine until a few weeks ago.
Case is NZXT 340 close to perfect cable management, with 3 Be Quiet Silent wings and 1 Noctua NF-A12 all linked to a Thermaltake Commander which is plugged in one of the CPUFAN header 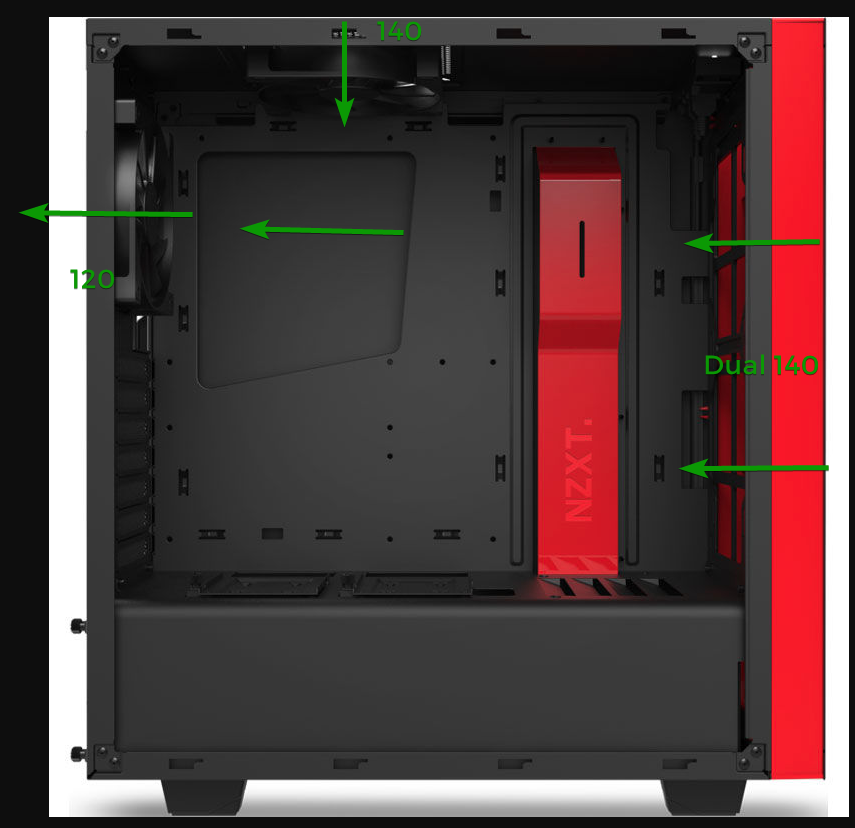 My main game is Black Desert Online which is pretty CPU heavy and i started hearing my pc's fans louder so i checked the CPU temps and after a few hours of BDO the cpu was between 80-85° at 65% load.
So i blew dust out of the pc, switched the thermal paste for a new one named "Cooler Master HTK-002" but nothing changed in BDO cpu was still 80+ and i couldnt run a OOCT test without blasting 100° in a few minutes.

Next i decided to buy a new cooler, since i really really like silence i tought i would go for an air cooler (first time for me), bought the Arctic freezer eSports 34 DUO and got it a few days ago.
Room temp is around 24°
Idle Temp
OCCT test CPU:OCCT
OCCT Test CPU:Linpack (stopped because the cpu wasnt cooling down)
OCCT Report for CPU:OCCT
OCCT Report for CPU:Linpack
Temps IG sitting in a city

So i know that the 4790K is usually hard to cool down, but are thoses temps "normal" and what would you guys suggest about the noise problem ? I feel like i have a plane taking off in my room while playing and this is not good 😕.

Sorry for any mistakes/bad phrasing, english isn't my first language.

The 140 as intake at the top is a bad idea for air cooling. In at the front a bottom, out at the back and top, the goal is create flow and not circulation.

That cooler, i don't think is very good, it should keep it cool, but not cool and with low noise.
0

Okay so i will put the top 140 as out, if i might ask what cooler would you recommend for low noise ?

Thank you for your answer

Big cryorig, or noctua. But let's figure out why it's so hot first, I think that even with no airflow it wouldn't get that bad. I assume you cleaned the old paste off and applied new. How long did it take to reach those very high temps? If it's seconds it's definitely contact pressure, if it's minutes then airflow plus other factors are a possibility.
0

Yea cleaned it nicely and applied new one, and for classic OCCT test it ran at those temps in seconds and stayed between 80 and 88 for the 12 mins
0

Contact pressure is the prime candidate then. If pushpins make sure they are tight (it's difficult), if screws add another half turn each if you can. To give you a clue as to the pressure required my boards always bent/bowed with pushpins.
0

Okay i will do that tomorrow morning and comeback with an update.
0

Okay so here is the update, i tried to tighten the screws but it didn't change anything, actually it was worse than yesterday.

Couldnt run a OOCT:CPU test more than 1 min CPU was going in the mid 90°

So i decided to install back my old corsair H60 and return the Air Cooler but seems like its worse for him too, he cannot keep up with the cpu either it goes to 100° in seconds and do not cool down at all.
Pump is running 3300 RPM constantly and fans are also running.
Idle temp while writing this comment
OCCT (stopped because 100°)
BTW if i launch something on PC degrees jump from 40 to 55 instantly.

I don't know what is going in at this point, could it be that my cpu is faulty ? or the thermal paste ?
0

Tom's is a family friendly website. PROFANITY IS STRICTLY FORBIDDEN and is a BANNING OFFENSE !