Question I'm confused. Is my ram actually running at 3000Mhz?

Hi everyone. I recently switch from i3 9100f to a Ryzen 2200G. I have 1 Gskill 8GB 2133 DDR4 stick and 1 "Kingston" 8GB 2666 stick (probably fake). I know its not ideal but its the only one I have right now.
I plug in the ram and start the PC, everything work fine but cpuz and task manager show it running at 1066. I know cpuz will show half the speed since DDR stand for double data rate but task manager usually show the actually speed like it label on the stick. So it should be 2133 in this case?
Curious I go to bios and change Dram frequency to 3000. Now CPUZ and task manager say it running at 1500. Does my ram actually running at 3000? This seem too good to be true. Both are a cheap ram stick. I only change the frequency in bios and nothing else. XMP profile show not support and I don't know anything about adjust timing or anything. My friend said my ram is actually running at 1500mhz not 3000. So that mean 750Mhz, even lower than DDR3 ram?
I has been use my PC for over 2 week and its working fine. No bsod, crash or anything. Since I can't afford a GPU now. I play a few games use onboard vega 8 ryzen graphics and the performance seem to be on par with the benchmark use ryzen 3 2200G, 3000Mhz ram on youtube. 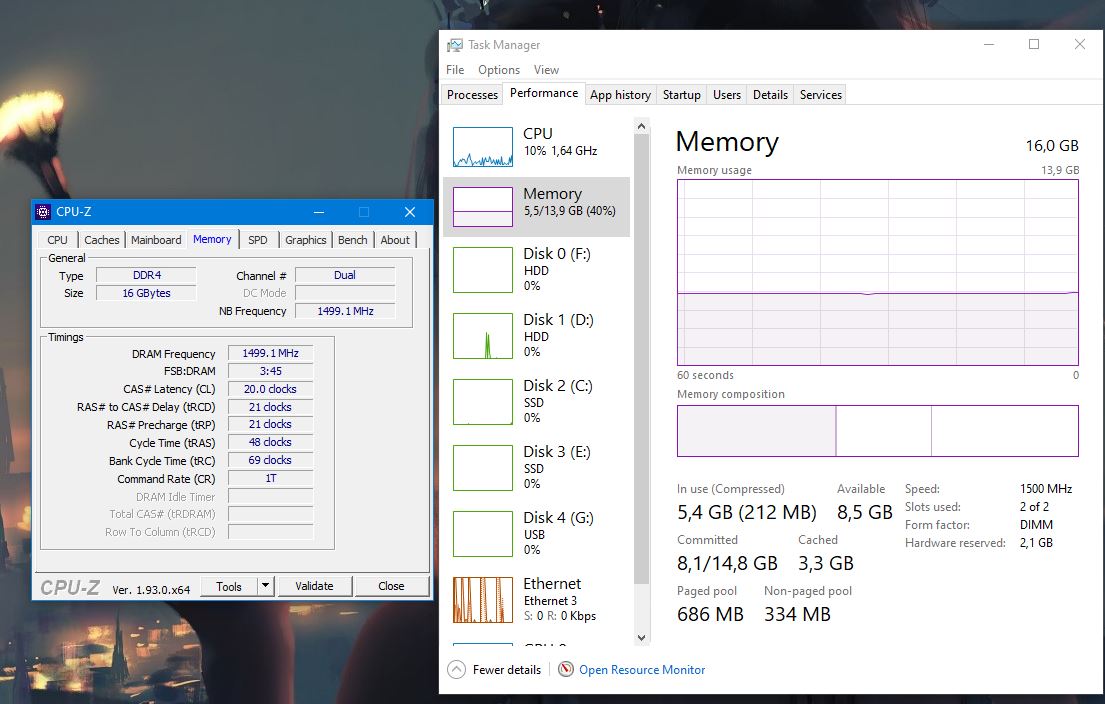 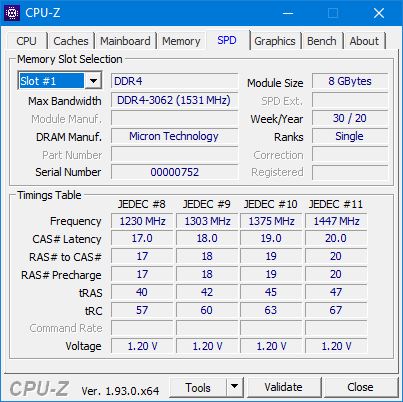 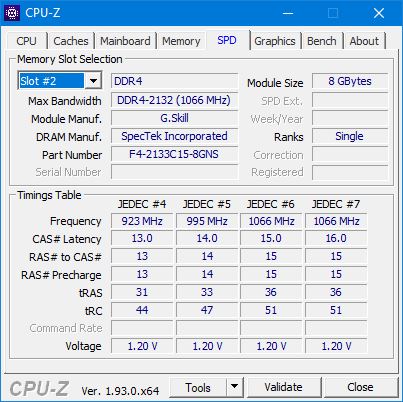 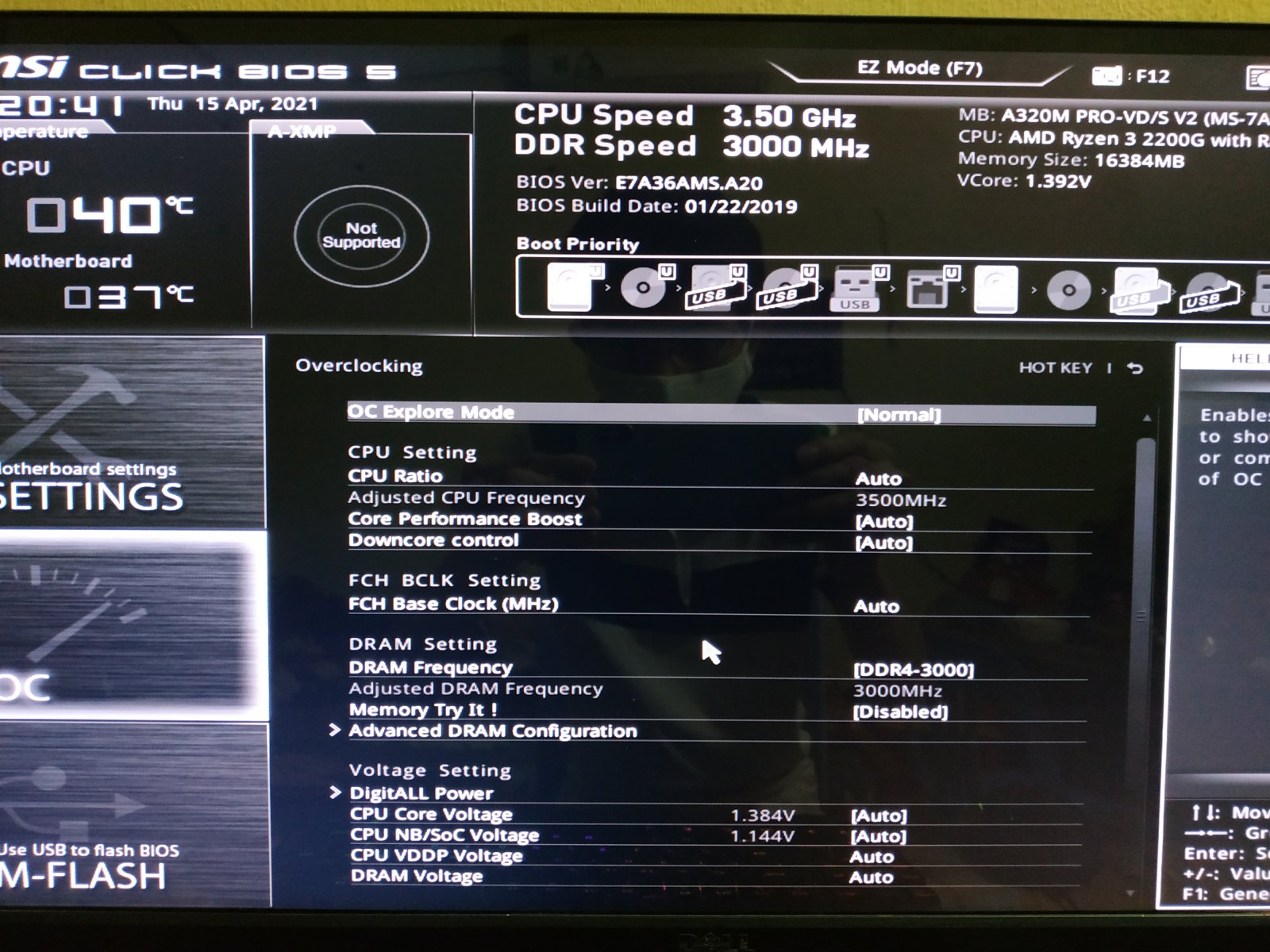 it runs at 3000Mhz, if its stable its ok then, but with CL20 its nothing unexpected that it works
task manager reports ram frequency in each win 10 edition differently...i wouldnt bother with it
0

What confuses me is that your motherboard support's frequencies only up to 2667MHz, so im kinda questioning if your ram is actually running at 3000MHz.
0
K

Master Djoza said:
What confuses me is that your motherboard support's frequencies only up to 2667MHz, so im kinda questioning if your ram is actually running at 3000MHz.
Click to expand...