Question Installed a UPS - No Ethernet detected - Boot up Issues

Been on this forum for awhile now but never needed to post much. I've been running into some strange issues and hoping this community could lend some minds.

I've been running my computer for years without any issue, only thing I changed recently was I installed a UPS a few weeks ago. Everything seemed to work fine. Then maybe about 5-6 days later I began to get boot-up issues. Power on, no post, just solid white line of the top left corner on a black screen. Not sure if or how the UPS is the issue, but that's the only thing I've changed.

Turned the computer on / off about 3 times and she finally booted into Windows 10. The issue would seem to disappear but reappear and I'd need to do the same thing a few more times to get into Windows.

I take my computer apart, remove GPU, RAM and replace the CMOS battery. Everything seemed to work fine for about a day or two. I attempt to run Windows Start Up Repair and she wouldn't complete the task.

Then on next boot up, I lose Ethernet connection that's plugged straight into the back of my motherboard - Troubleshoot information said that driver for network adaptor is not detected. I went into Device Manager, unhide it, and attempt to uninstall/reinstall it. It disappeared and I could not get it back. This went on for another two days or so, trying to download the driver from other computers and load it on this one as the device could not be found. Computer starts up fine, but now no Ethernet. I knew for a fact the ethernet cable was working as I tested it on another machine. So is this a software problem or is my motherboard taking a crap on me...

I now realize I should unplug it from the UPS and plug the computer straight into a surge protector. BOOM - Ethernet is now back - the machine now sees there's an ethernet jack available. But as I think everything is working fine, I'm getting the same black screen with solid white line. Can't get into BIOS or Windows even IF I start the machine a few times.

Machine would boot up and shut down a few times and stay off. I try everything from unplugging power, flipping the switch on the PSU etc. in attempts to get her even to the black screen. I finally get her to work and I reformat the entire machine. Still doesn't fix the issue and I have to start up and turn off the machine a few times in order for it to stay on.

At this point, I don't know what to think. Was it even the UPS causing issues - how and why would it? It's the only thing I've changed.

Could it still be windows? I installed fresh copy onto my M.2 SSD.

I'm leaning towards it being a power supply issue? What do you think?

But before I go out and buy a bunch of things that may not work I wanted to ask the community here. Thank you all. 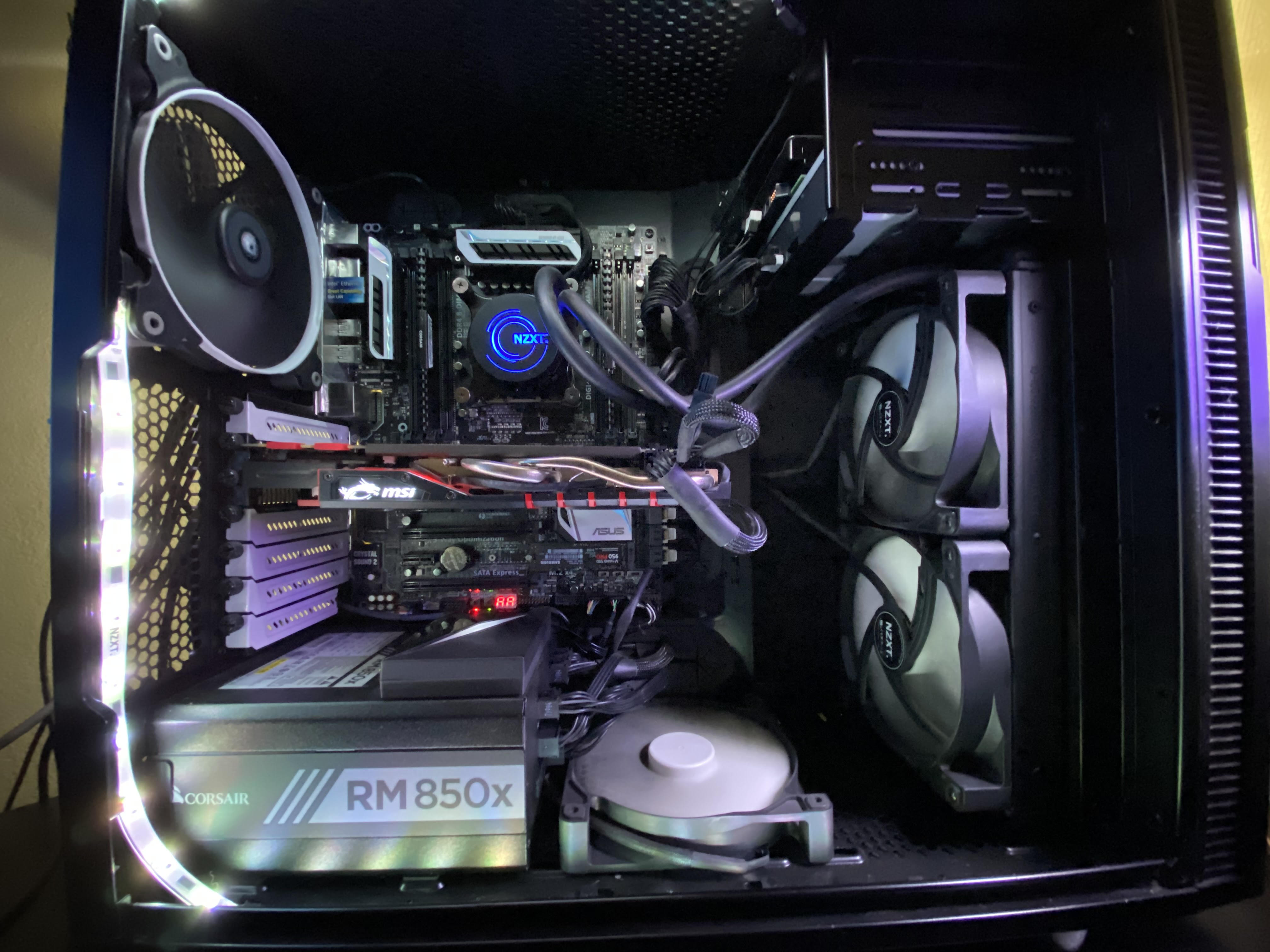 GIven your plethora of issues, I'd have long since bypassed the UPS altogether (moving the power cord takes 10 seconds), vice wondering though repeated issues if it was adequate..
0
L

GIven your plethora of issues, I'd have long since bypassed the UPS altogether (moving the power cord takes 10 seconds), vice wondering though repeated issues if it was adequate..
Click to expand...

Yes I now realize that the UPS was no good for my setup.