Problem is that I get lag and stutter and FPS drops below 60. I get 80-100 FPS on small in-door maps with less players which means this is CPU related problem? But then again, the CPU came out after the game and it was top of the line high-end CPU at a time for triple AAA game like BF3 in 2011-2012 and I still lag with a GPU that came in 2016.

So I don't understand what is going on?

I did read about upping the graphic settings to put more load on the GPU to lower the bottleneck, I'm just not sure which settings are GPU and CPU related, the ones I left on Low I assume are for CPU (any help appreciated). Setting all to Low doesn't make any difference or gain any FPS at all, almost same CPU and GPU usage, like mentioned GPU never goes passed 50-60% on all Ultra! 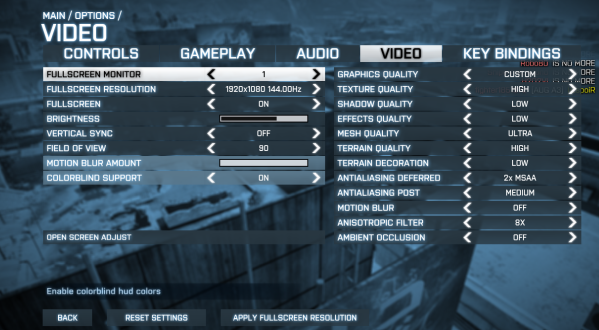 I can't just buy new CPU because LGA1155 is discontinued, so that would mean I need new motherboard and that would also need new DDR4 RAM because current mobo supports only DDR3. So it means I'd need to upgrade at least three parts leaving the GPU.

This issue happens with all games, not just BF3, it's just the one I'm playing right now and it's just sad I still can't run it with GPU from 4 years ago.
2
I

Hi, thanks for response, see that's why I'm confused because if you google these two parts about bottlenecking everyone claims it shouldn't bottleneck because '3770 is still good'. But in my case I guess old mobo and old DDR3 RAM adds up.
1

rhazorzor said:
I did read about upping the graphic settings to put more load on the GPU to lower the bottleneck,
Click to expand...

Increasing GPU load does not do anything for reducing the CPU bottleneck, all it does is increase the eye-candy to make more use of the GPU on an otherwise under-powered CPU.

Going by this:
https://www.tomshardware.com/reviews/battlefield-3-graphics-performance,3063-13.html
Your CPU should be good for ~80fps, BF3 shows practically no scaling beyond four cores. Check with Process Explorer or Task Manager to see if you may have rogue processes hogging the CPU while playing.
1

Check your video ram usage, using MSI afterburner. I would not be the least bit surprised if that 3gb Vram buffer is part of the problem.
1

logainofhades said:
Check your video ram usage, using MSI afterburner. I would not be the least bit surprised if that 3gb Vram buffer is part of the problem.
Click to expand...

Worth looking into, though unlikely since the fastest GPUs available at the time had only 2GB unless you count single-card dual-GPUs with 2x2GB.
0
R

Hey guys thanks for response, so I don't know how to explain this but I disabled Hyper-Threading in BIOS and now I get 15-20 FPS more? And CPU actually caps now at 99% and no stutter with OBS streaming on top of it with NVENC encoding. So I don't know what's going on and how it helped.

Thanks all for help.
1

rhazorzor said:
Hey guys thanks for response, so I don't know how to explain this but I disabled Hyper-Threading in BIOS and now I get 15-20 FPS more?
Click to expand...

Some games (dis)like HT more than others, particularly older ones that barely use more than two cores. In general, HT enabled produces lower average frame rates due to threads having to share CPU resources with other threads but more consistent minimums because the CPU has more threads to power through surges in system activity.
You must log in or register to reply here.
Share:
Facebook Twitter Reddit Tumblr WhatsApp Email Link