U.S. district judge Haywood Gilliam has allowed the class-action lawsuit, alleging that AMD misled its customers about the number of cores in its FX CPUs to continue.

Well they did mislead the consumer!

Well they dis mislead the consumer!

I mean technically they are 8 core CPUs. They just share resources which make them slower than other 8 core CPUs in some tasks.

However what needs to be defined is the "core". What constitutes a core? They keep changing. Cores used to be the more basic part with L2 cache being an add-on part you could buy. After a while the L2 cache was integrated into the core and thus became part of the core and ever since most CPUs have separate L1 and L2 cache per core.

So I guess what will really happen is they will have to define what makes up a core and if it fits then its thrown out. If it doesn't I could see AMD losing the case. I really think AMD should have just called it something like Advanced Hyperthreading as the reality is that is what it was.
Reactions: digitalgriffin

But AMD wanted to get a step ahead , so they went forward with their own core definition.

If the lawsuit goes thru with a loss for AMD. I IS SEE OTHERS putting a claim in. I think this is another way to either have AMD loose money, or the guy who decided to do the lawsuit is either a stock holder upset over his stock, since the release of Ryzen, or its another INTEL Athlon day ploy HE WAS PUT UP TO.

The bulldozer design was stated before it was on sale, it was a tech site saying it was not 8 cores base on how INTEL CPU cores was design. So Whatever new design comes out is always a disputed because its not like it has been before, Are you saying a white man can dunk, because he is not black man. this is the same with this lawsuit, AMD bulldozer is not a 8 core because it does not have the design specs of a Intel CPU. The guy who bought the processor could not afford the EXPENSIVE multi core INTEL CPU and motherboards AT THAT TIME and AMD offered him a alternative.Now seeing AMD making money and gaining on INTEL in market share,he decides to slow AMD up by the lawsuit,if he wins this will open up others to sue AMD OR PUT A CLAIM IN, causing a cash flow minus plus possible stock drop. If he is that stupid when it came to buying tech, he should have done his homework. This type of info was on the net, either he is a crazy INTEL STOCK HOLDER upset how the stock has gone since the release of Ryzen or someone is pulling this guys strings to do this.
Please remember what INTEL pulled with the computer makers back in the Athlon days, COULD THIS BE ANOTHER WAY without violating the laws in place right now
for fair business practices
Reactions: digitalgriffin

Maybe we'll get a legal definition of a "core" out of this.
M

0 chance AMD loses this. Much more surprising it wasn't just dismissed. It shows AMD doesn't have a good lawyer.

Yeah... I don`t have buldoser and even I know how bulldoser cores does work. It is 8 core and it is not. Just based on how you define core. And amd did tell how those ”8” cores work and were made so no shady game in there!
M

They did not mislead. I run chess games and all the cores ran chess games just fine. 8 games, all as fast. These were not hyperthreads.

The media looks at the architecture and says 4, but that does not mater.

Did the chip live up to expectations? No not really. But that is true for a million products out there.
S

Bulldozer CPUs were designed for server first and foremost. They were designed to be more powerful at integer workloads because that's where they believed the focus should be. Each module has two integer units with four pipelines. Given that a module generally offers 50% more performance than a conventional core, this along with the duplication in integer processing resources should be enough to differentiate itself from Intel's Hyperthreading. The only real sticking point (for me) could be the inability of the integer units to be fed at the same time (something that was changed for Steamroller).

If the complaint is about any of the shared parts, AMD were clear about those from the start.
Reactions: digitalgriffin
D

I hate lawyers since there is no true legal definition that I am aware of that defines what a core is since there are 8 quasi-cores or whatever you want to call it I can't see them winning this one. Any technical person that looked at the literature of the time I think could clearly see how it was designed and its not like they were hiding how the architecture was organized to "fool" people.... it is a dumb lawsuit and I hope it goes away with extreme prejudice.
M

If any of the cores were cores, then they all were, as they performed the same. There were not 2 classes of threads.
The media could have gone the other way and called it a 10 core with those 128 bit units.
They just wanted some way to put down this chip, because it could not match Intel.
T

lastguytom :
If the lawsuit goes thru with a loss for AMD. I IS SEE OTHERS putting a claim in.
It's a class action lawsuit, so if they lost and were forced to pay out it would go to all potential plaintiffs. You couldn't just go and sue them again for the same thing afterward.

The bulldozer design was stated before it was on sale, it was a tech site saying it was not 8 cores base on how INTEL CPU cores was design. So Whatever new design comes out is always a disputed because its not like it has been before, AMD bulldozer is not a 8 core because it does not have the design specs of a Intel CPU.
Click to expand...

It's not just Intel CPUs that were different. Earlier AMD CPUs were designed the same way, until Bulldozer came along with its "clustered multithreading' and associated shared resources between two cores in a module.

Not saying that makes the Intel/old AMD approach the official definition of a core, but it's wrong to say that this issue is just a matter of 'Intel core design' vs 'AMD core design'.
T

I can't see them losing, and all this judge has said is it's not being thrown out... yet.

It's not like the inner-working were a trade secret. The marketing didn't fit the product accurately, but it's not like they purposely concealed the true nature of the shared resources.... That's what I think it'll boil down to.

However, if they were to lose, it's their own fault.
With no legal definition of a "core", it's likely to fall onto industry standard acceptance.
Prior to FX, there was never any ambiguity in marketing regarding core count. Even when HT was new, there were rumors/misunderstandings in the space about being double the "cores", but both Intel & AMD never marketed as such.
FX is where AMD decided to change the accepted definition to meet their marketing plans for an "8c" CPU.

I don't think a loss would be beneficial for the industry, all it would do is deplete AMDs current bank balance.
They're not typically in it to maximize profits, but want market share. If their hand was forced through payouts, they may need to increase the profit margin on new products to cover it.

What is a core? So cell phone chip having multiple type of cores, could be having less amount of cores because they are different and perform differently?
M

I have several FX processors, and I was led to believe they were 8 cores. and yes i still feel they are sluggish , but do get the job done. I dont know what will happen but I think that AMD should have come clean, I always bought AMD for price/performance but i will be pissed if it turns out that this was a farce

Well they did mislead the consumer!

So by explaining how their CPU works, they mislead the customers?

By the same logic, Tensor cores, Graphic cores... are not cores, because they are not Intel cores.

Only in the US, lawsuits are a national sport.
T

redgarl :
By the same logic, Tensor cores, Graphic cores... are not cores, because they are not Intel cores.

This is specifically about x86 CPU cores. So yes, in that context those two things would not be cores.
M

MikePeru99 :
I have several FX processors, and I was led to believe they were 8 cores. and yes i still feel they are sluggish , but do get the job done. I dont know what will happen but I think that AMD should have come clean, I always bought AMD for price/performance but i will be pissed if it turns out that this was a farce

They did explain how their CPU works and they are 8 cores. 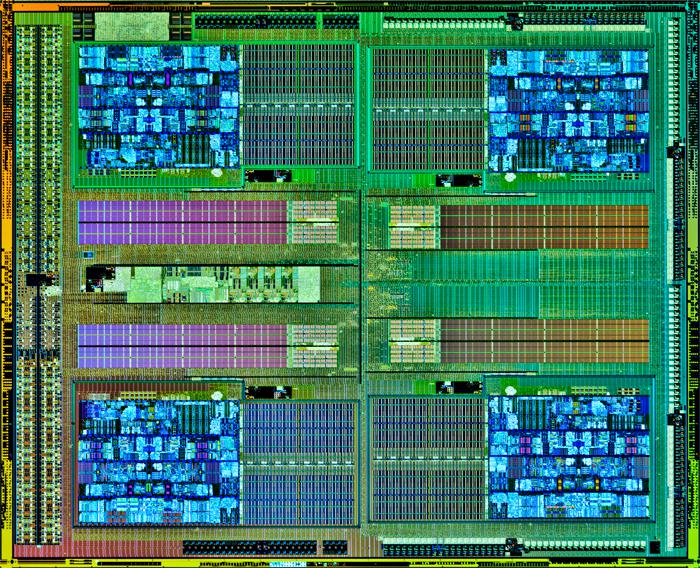 TJ Hooker :
redgarl :
By the same logic, Tensor cores, Graphic cores... are not cores, because they are not Intel cores.

This is specifically about x86 CPU cores. So yes, in that context none of those things would be cores.

However, cores, are not exclusive to x86, and their analysis is based on different designs than AMD. You see, it is your interpretation while I am basing my analysis on the fact that they are physical.

These core are on silicon, making this a joke. AMD made those processing decisions because the cores share some component on the chip.

It is a stretch to say that these chips are not 8 cores because some of them share processes. The only thing AMD needs to do is share the damn picture and explain to the judge these core exists by making a demo. 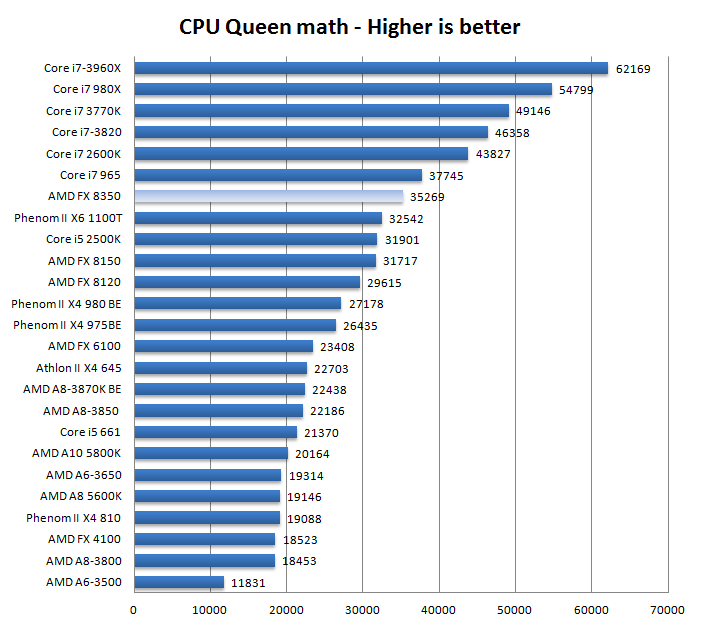