Question Laptop is slow and fan spinning so fast ?

My laptop was functionning properly until yesterday when i noticed the fan spinning unusually very fast and the computer became overall slow and sluggish even when doing small tasks like web browsing.

The first step i took was to verify the hardware load, and the computer was appearing idle, no significant load at all to make the fan spin that fast. 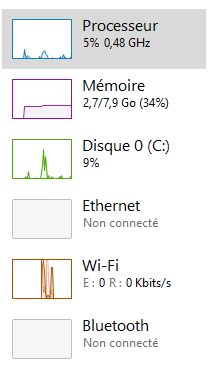 The second step i took was to verify the heat to see if the CPU was overheating for some reason, but even the CPU and GPU tempetures are normal.

I also disassembled the computer to check if the fan was clogged by dust that was probably making it spin fast and there was no dust at all.

I ran an antivirus scan to see if there was any malware or stealthy miner causing this but the antivirus software showed no results, so i wiped out the drive and reinstalled Windows but even on the fresh reinstall of Windows 10 the computer is still so slow to operate and the fan is still spinning so fast.

Something else i also noticed is that the fan starts slow when i first start the computer and it starts spinning fast before Windows is even booted, so i don't think it's something software related.

Does anyone know what the origin of this problem could be and how i can solve it?
0

perhaps the bios has been reset to defaults and the fan is set to run fast. Check the fan settings in the bios.
Please state make, model of laptop
You must log in or register to reply here.
Share:
Facebook Twitter Reddit Tumblr WhatsApp Email Link