When playing games, my laptop perform way worse compared to other laptops with similar specifications.

Hi, i have an Acer Aspire 3 1315-41 with Ryzen 3 2200U with Vega 3. Recently, i've been searching for games that i can run with some tweaks done so that i can play a slightly more demanding games. I've come accross into this video (Gaming on AMD Ryzen 2200U Vega 3) and saw that it can run some games at playable 30 fps. I've checked their specs and confirmed i have the same specifications even with the tweaked TDP at 25W capped. But when i run the same game, for example CS;GO, i've only managed to gain only 40 - 50 FPS with some stuttering. While in the video, they've got over 100+ fps. Another problem is that while using MSI AB for testing, my CPU Percentage is at 100%, while my GPU Percentage is really low only at 20% - 30%, here's a pic of me running Valorant with 100% on CPU Usage but with only 19% GPU Usage, and with some disgustingly low FPS, Valorant if i'm not mistaken, isn't a high demanding game to begin with. 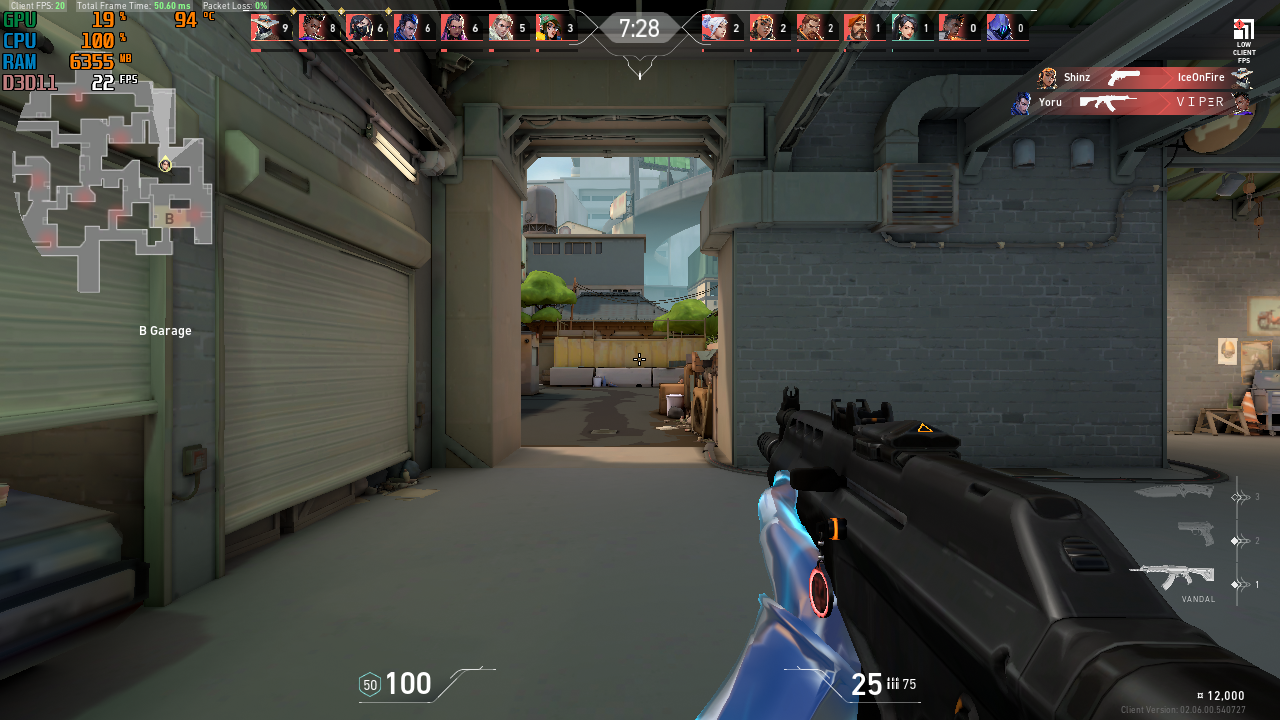 In the youtube video, they have a reasonable CPU and GPU Usage, at average below 80% CPU Usage, but high GPU Usage up to 100% when playing RE 2 Remastered.

Here's another pic of my HWINFO and the youtube video's HWINFO. It also shows that we have the same Laptop (Acer Aspire 3 A315-41) 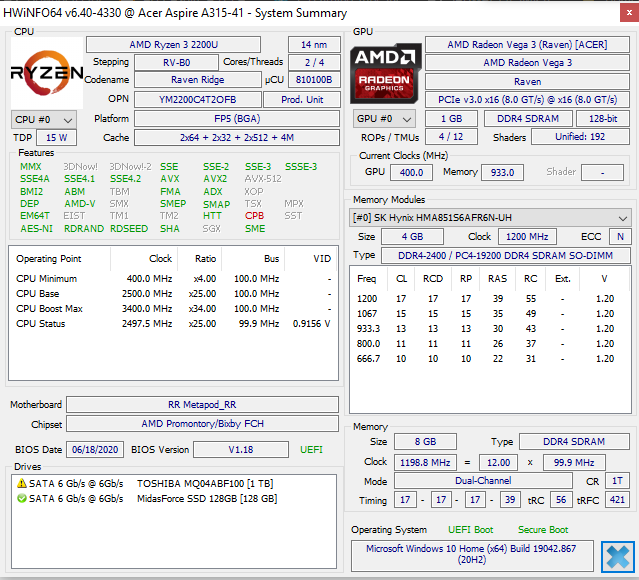 View: https://imgur.com/rb8ySPp
Is there any explanation to this? And is there a way to fix this? Thanks!
Last edited: Apr 7, 2021

We're currently on version 20H2, waiting for another update to roll out soon enough, very soon. You can then uninstall your GPU drivers using DDU. Once uninstalled, reboot the laptop, source the latest drivers for your platform from AMD or Acer's support site, then install said driver in an elevated command, i.e, Right click installer>Run as Administrator.

We're currently on version 20H2, waiting for another update to roll out soon enough, very soon. You can then uninstall your GPU drivers using DDU. Once uninstalled, reboot the laptop, source the latest drivers for your platform from AMD or Acer's support site, then install said driver in an elevated command, i.e, Right click installer>Run as Administrator.
Click to expand...

First off all, i'm sorry if the images isn't showing, it should be fixed right now. If it's still doesn't showed up, here's an imgur link containing all of the images.

My Windows version is 20H2, same as yours. I haven't tried to reinstall my GPU Drivers but i'll definitely try it after this. For the driver, AMD already has the latest driver for my specific APU Processor at their website, so it should be working once i've already uninstalled my GPU drivers.

As for the BIOS Version, it's at V1.18, here's an image from Acer Care Center Apps.

I hope you gave me an update as to how to fix this. I'm most definitely will try to reinstall my GPU Drivers using DDU. Thanks for the help for now!

An update to the situation

I still can't figured it out. I've reinstalling my GPU Driver into a new updated one, but for some reason it's gotten much worse now. Whenever i'm playing games, MSI AB shows that my CPU just straight up capped at 100% and still low GPU Usage, making the game's FPS low, and also made whenever i'm moving my mouse, it's not responsive and very choppy. This is a big problem considering i'm playing Valorant and makes it very unplayable.

Reinstalling a fresh Windows is the last thing i've want to do since some of my important files are still present with some ongoing project, and i don't want to backup my important data yet because of that. Though if there's really no solution then perhaps i will reinstall my Windows.

Hopefully anyone can help me with this issue, this problem has been bugging me since 4 months ago.

I see many complaints about gaming laptops not performing well.
Usually gaming while plugged in.
One common cause is thermal throttling.
Laptop coolers must, of necessity be small and light.
They are also relatively underpowered.
If you run an app such as HWMonitor or HWinfo, you will get the current, minimum, and maximum cpu temperatures.
For intel processors, if you see a max of 100c. it means you have throttled.
The cpu will lower it's multiplier and power draw to protect itself
until the situation reverses.
I do not know the point at which a apu will throttle.
At a lower multiplier, your cpu usage may well be at 100%
What can you do?
First, see that your cooler airways are clear and that the cooler fan is spinning.

It is counter-intuitive, but, try changing the windows power profile advanced functions to a max of 90% instead of the default of 100%
You may not notice the reduced cpu performance.
You must log in or register to reply here.
Share:
Facebook Twitter Reddit Tumblr WhatsApp Email Link