Question Laptop screen broken all of a sudden?

A picture is worth a thousand words: 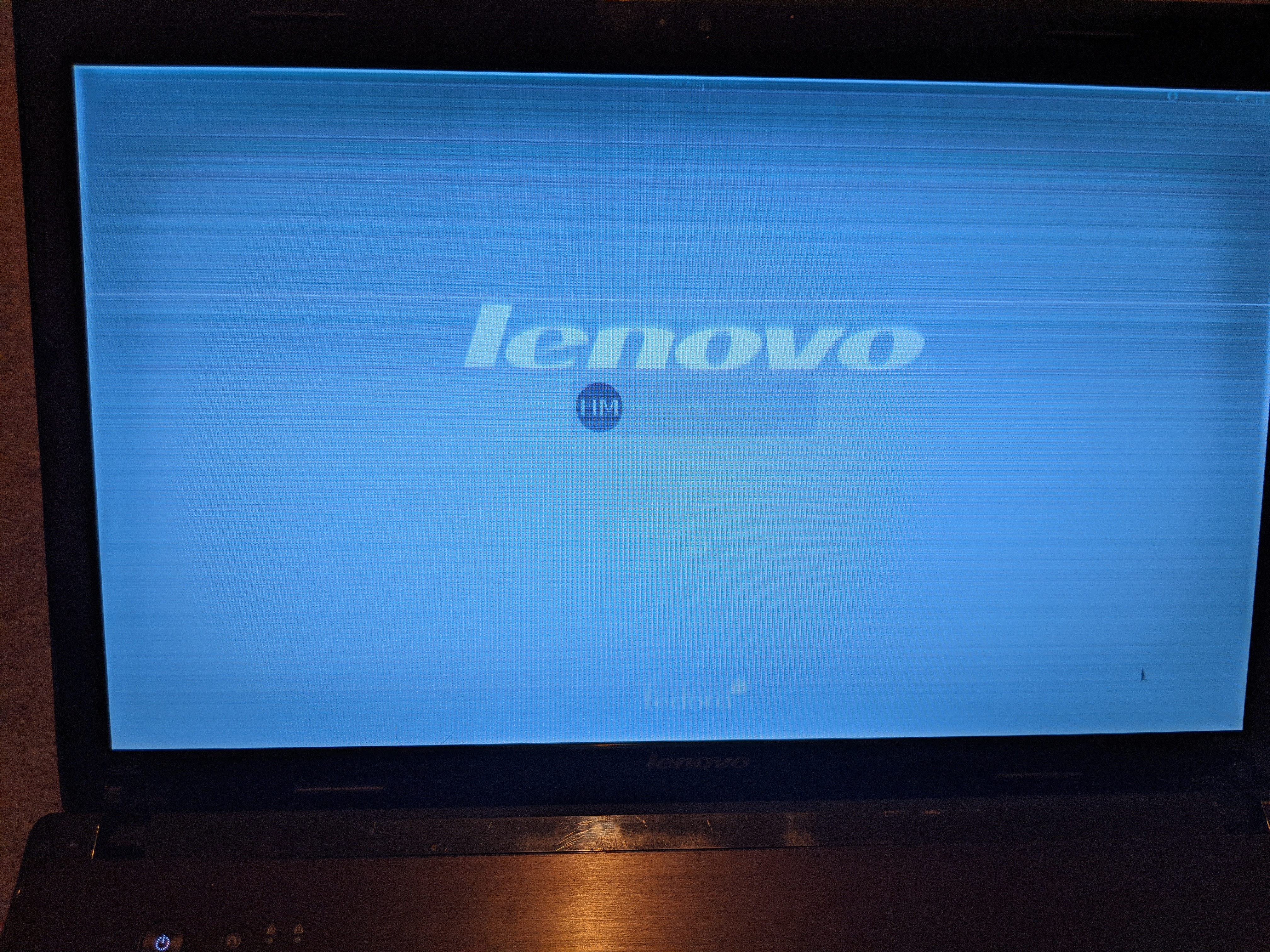 One moment, I was using my Fedora installation, and went to the bathroom to come back to this. Initially, I thought maybe the display driver crashed or something so I restarted the entire machine to find the same result. Interestingly enough, you can see the boot lenovo logo retained even after it went to the login screen. That's sort of an effect I've seen with bad screens, but this panel is actually new that I got and replaced a year ago.

I thought maybe it's my processor's integrated graphics, but uh, upon swapping the CPU for another one I had, this problem didn't change. External video is fine, so I see two possibilities here:
Or so it was at first. When I tried it again this morning with the older Pentium CPU hooked onto an external display, fedora booted onto emergency mode after initramfs failed, which is really bizarre. It made me think that maybe memory is bad, because journalctl gave me such problems, and it would explain the corrupted video since integrated graphics use RAM, so I swapped memory with several modules for the same result with no change whatsoever.

So, I don't know. Is it the screen? Why did fedora fail all of a sudden and a day after the screen issue? I would guess that maybe that something in the laptop (like a chipset, or individual component) is failing, but I've never seen anything fail this so way before, so I'm a bit ( a lot) lost.