I've been looking around the Internet about budget cases, but people always list wide variety and with cases that are often... Small. Like, who uses mATX for gaming?

Anyway. I'm looking for a upgrade of my current AeroCool StrikeX Coupe (Coupe wasn't the one I ordered at the store but it was better than my '90s case that I bent by direct punch to the top).
I want to stay within 50$ budget. I don't need RGB or anything useless for the hardware that will be inside the case.

I have ATX motherboard so any Tiny Tower setups are practically useless for me.

I don't have modular PSU so I'd need some place to "store" those unused cables from it to not disturb airflow.

I don't use CD/DVD drives so that doesn't matter to me. If case doesn't even support it it might be even better, because more space for anything else.

I have 1 HDD and 2 SSDs with HDD the only one being truly attached to the case. Would be nice to have them all attached so it doesn't look messy.

Atm I have 3 fans. Excluding CPU one.
CPU has AiO watercooling block Seidon 120v which atm is attached to backside of the case with aditional fan outside the case, because otherwise it wouldn't stay in place.

MSi GTX 980 Ti as GPU which means I could use some better airflow to cool it down (as it isn't watercooled. Price for that matches price of GPU now. And AiO are impossible to find in my country's markets).

I live in Central Europe, Poland. There shouldn't be much restrictions on market in comparsion to other EU countries, but I prefer to point that out.

I don't know what else I could add here... Beside pic of my current state of insides of my PC to make you gag in disgust xP 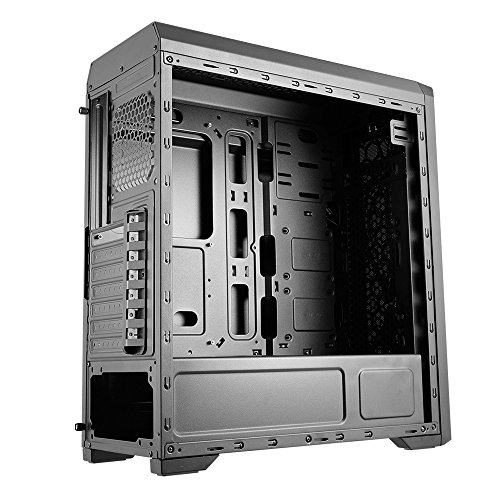 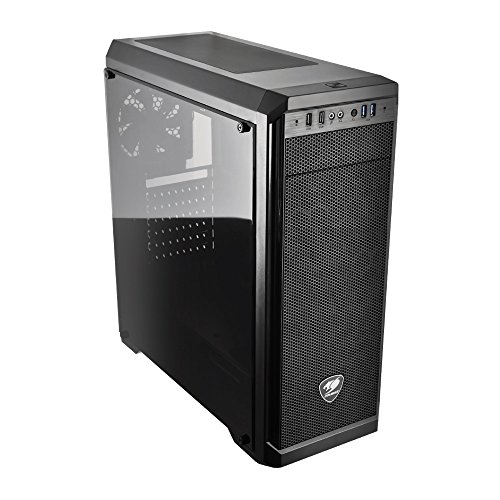 Case recommendations are very subjective and will vary person to person.
Some googling reveals your aio is simply 120mm, so nothing special is required case wise for that.

I also love the looks of the $45 Cooler Master MasterBox Q300L. The front looks to be mesh, which promotes airflow.
https://pcpartpicker.com/product/rnGxFT/cooler-master-masterbox-q300l-microatx-mini-tower-case-mcb-q300l-kann-s00
0
H

It looks spacious and is cheaper than what I can find locally that isn't any better than what I have already. I might give it a shot if nothing more appealing imo will be hinted.

NightHawkRMX said:
Case recommendations are very subjective and will vary person to person.
Some googling reveals your aio is simply 120mm, so nothing special is required case wise for that.

I also love the looks of the $45 Cooler Master MasterBox Q300L. The front looks to be mesh, which promotes airflow.
https://pcpartpicker.com/product/rnGxFT/cooler-master-masterbox-q300l-microatx-mini-tower-case-mcb-q300l-kann-s00
Click to expand...

I guess I know I what I didn't point out. I don't have mATX and anything that is designed for mATX is complete no-go for me as I have ATX mobo. I saw those two during my search and while they look nice and offer what I need within the budget I have, they have this mATX flaw.

But your hint showed me a site (or confirmed it to be more precise, since first reply also included this site) that actually is cheaper than my local versions of amazon or such. Ex-eastern block EU here.
0

Look for a fractal design focus g. Not the mini, the atx one.
The corsair spec 04 is good too.
Reactions: Hiddenus
0
H

Yeah those look promising. Small amount of space in top of the case probably will limit me a bit, but I can always put fans outside the case rather than in inside. ¯\(ツ)/¯
Well... Time to find best offer now.