I'm using Lenovo Ideapad L340 i5 9300HF & GTX 1650. For about one or two months following my purchase I did not have any problems playing AAA titles like The Witcher 3. However, I think since mid- july I've been having problems playing any game after 30 minutes because of FPS drops. At first, it was just a BDPROCHOT problem. CPU would lock itself to 800 MHz and FPS would be around 15 for Divinity Original Sin 2. I did everything, updated drivers, clean installed them, clean installed Windows 10 etc. but nothing worked. I have just tried using ThrottleStop and unchecked BDPROCHOT. It works, for CPU, but now I have another problem. Again after 30 minutes FPS drops to 15-20, not because of CPU, but because of something called FB(frame buffer). The moment FPS drops to that level, FB(Frame Buffer) Usage drops from 55-60 to 15-20. (Checked with MSI Afterburner) Everything is up to date, Windows, Nvidia Drivers and all other drivers as well. What is the problem exactly with this Frame Buffer and how to solve it? 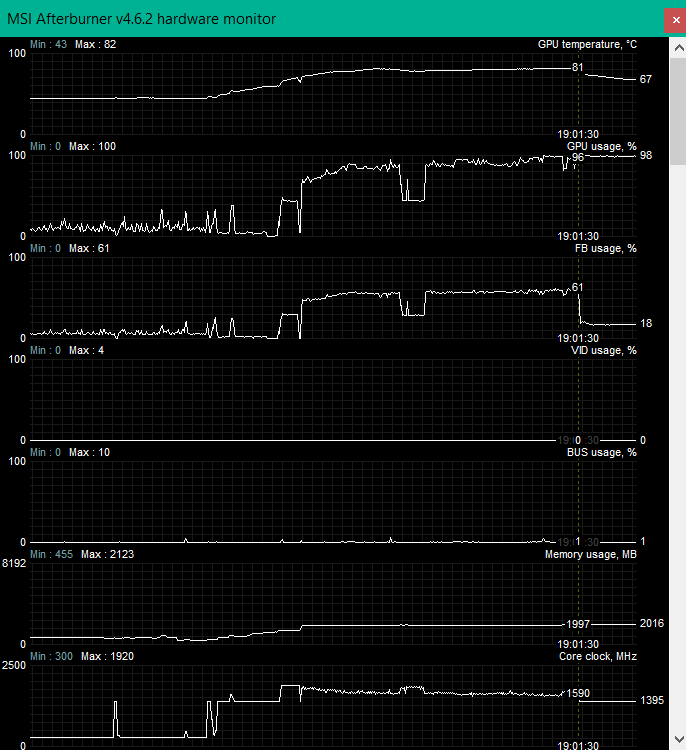