Question Many questions about setting up RGB and RGB vs ARGB fans.

New to RGB and trying to figure out how to go about this.

I had a system I built in 2012 in a Cooler Master HAF X case die on me.... (though now it's only partially dead..). When I was looking for case recommendations many suggested I just keep the HAF X as other than lacking USB-C in the front (Which I am planning to see if I can manually add myself) it's still a very good case and had everything I was looking for already, so I just built my new system in the same case.

This case came with four fans, two of them with red-leds, and I had added a fifth with red-leds as well, this was before the whole RGB thing took off. Since I am basically rebuilding a (mostly) new system in the case, and the fans are nearing 10 years old with one of them now already dead I figured it would be best to replace the fans as well. However, I noticed that the motherboard I got (Gigabyte Z490 Aorus Pro AX) has four RGB headers, two standard 4-pin RGB and two addressable 3-pin RGB, and thought if I am going to replace the fans anyway, might as well go with RGB so have something that looks nice.

So, the case right now has five fans and those are the only ones I plan to replace with RGB versions (going to leave the fans that came with my CPU cooler as-is since the position they are mounted you can barely see them anyway and I would prever the Noctua fans it came with for performance over looks) I am not planning on adding any led strips (other than one that comes with my sound card and plugs directly into it).... unfortunately two of my case fans are somewhat uncommon/notstandard:

The 140mm and 200mm are common and easy to find.... the issue is the 230mm. I know they exist, but almost all of them are not lighted at all. I saw one or two that have a single-color led, but not much else. Are there any good even RGB 230mm fans? Much less ARGB?

Speaking of which, since this is my first time setting up RGB, I am still not clear on many of the details, and the whole RGB vs ARGB thing.

First of all, can I use RGB and ARGB at the same time? Or can only one be active at once and I have to go with all-RGB or all-ARGB equipment? And to clarify, I am aware you can't plug an RGB device into an ARGB header or vice-versa. Also, these ports are labelled as for "RGB Strips", but from what I read, they can be used for fans too and aren't exclusively for strips right? And yes, I know I will still need a separate plug for the fan's power.

From what I understand, ARGB lets you address each led individually instead of just making them one color. I can see why for something like a LED strip this would be nice, but will this have much of a difference on fans? Should I bother going for ARGB fans over RGB since it seems like most of them are not ARGB yet? I would like to use ARGB if possible since it seems you have more control, but I don't know how much of a difference for a fan it would make over a led strip, especially if it means my options for fans are limited to lower-performance and/or louder fan models. Also, since I only have 2 of each header but want to put in four fans, will I need some sort of splitter if I want to make all of them RGB or ARGB? And if I do that, can I still control them individually or will everything on the splitter just be the same color pattern?

Speaking of the headers, they are on opposite sides of the board as well, is it safe to use extensions to reach fans far away from the header?

And do people have any good recommendations for good quality RGB and preferably ARGB fans? I know there is a big market for the 200mm ones, but do I even have any good options for the 230mm ones? I would like to go ARGB over RGB if possible as long as all the good and/or quiet fans are not RGB-only. (Honestly, considering these fans that came with my case are 10 years old and all discontinued, just about anything will probably be better at airflow.... but I don't want to get fans that are louder, and admittedly the fans that came with my case I can barely hear at all).

As for other components, I am probably going to upgrade my RAM at one point to a larger kit as I couldn't afford to go all-out right now, and plan to go RGB when that happens. Does RGB RAM need a header too or does that get controlled off the RAM slot itself?

And that sound card I mentioned (yeah yeah I know) is going to be a Sound BlasterX AE-5 Plus, it has RGB lighting that is apparently controlled with an app... but it also comes with a LED strip that you can plug directly into the card and requires an additional Molex power adapter if you use it, not really sure where would be the best place to put said LED strip either..

So that's everything I wanted to ask about. These fans, the RAM and the sound card.... is it possible to sync these together? Or no since the fans, RAM, and sound card all connect through different means (And I know the sound card has it's own software, no idea if it can sync with other software.... again, never done RGB so I am not sure how syncing them together in software works).
0

Cyber_Akuma said:
First of all, can I use RGB and ARGB at the same time?
Click to expand...

Further reading from the Holy Bible of PCs (aka your MoBo manual), page 17.


Cyber_Akuma said:
I can see why for something like a LED strip this would be nice, but will this have much of a difference on fans?
Click to expand...

Depends on how the ARGB LEDs are placed in a fan.

For example, in my Skylake and Haswell builds (full specs with pics in my sig), i have NZXT AER RGB fans in use (AER RGB specs) and one fan has 8x ARGB LEDs in it's outer edge. Making nice, unified look, that i can also daisy-chain between fans. These are just few examples of ARGB fans. Regular RGB fan would have only one color that you can change, e.g like Corsair SP-series fans. Though, do note, that with ARGB fan, you can make it look like normal RGB fan, if you set all the LEDs to shine just in one color. But since fan LEDs being ARGB, it gives you more flexibility in terms of eyecandy.


Cyber_Akuma said:
will everything on the splitter just be the same color pattern?
Click to expand...

This. If you use Y-splitter to split fan (A)RGB header, both fans will run in sync.


Cyber_Akuma said:
is it safe to use extensions to reach fans far away from the header?
Click to expand...


Cyber_Akuma said:
but do I even have any good options for the 230mm ones?
Click to expand...

The selection regarding 230mm fans is really small and even smaller when it comes to RGB fans. The only 230mm RGB fans, that i know of, are Bitfenix Spectre Pro series,
specs: https://www.bitfenix.com/products/fan/spectre-pro-rgb/

Do note, those are RGB fans, and not ARGB + the RGB solution in them, is made compatible only with Asus Arua Sync. But since you have Gigabyte MoBo, you may need the Bitfenix RGB controller box for your fans.
Or you can go just with single LED color fans, Bitfenix Spectre Pro LED,
specs: https://www.bitfenix.com/products/fan/spectre-pro-led/


Cyber_Akuma said:
Does RGB RAM need a header too or does that get controlled off the RAM slot itself?
Click to expand...

(A)RGB RAM LEDs are powered and controlled via the RAM socket. Unless you go for a RAM LED add-on, like these;
specs: https://www.thermaltake.com/pacific-r1-plus-ddr4-memory-lighting-kit.html 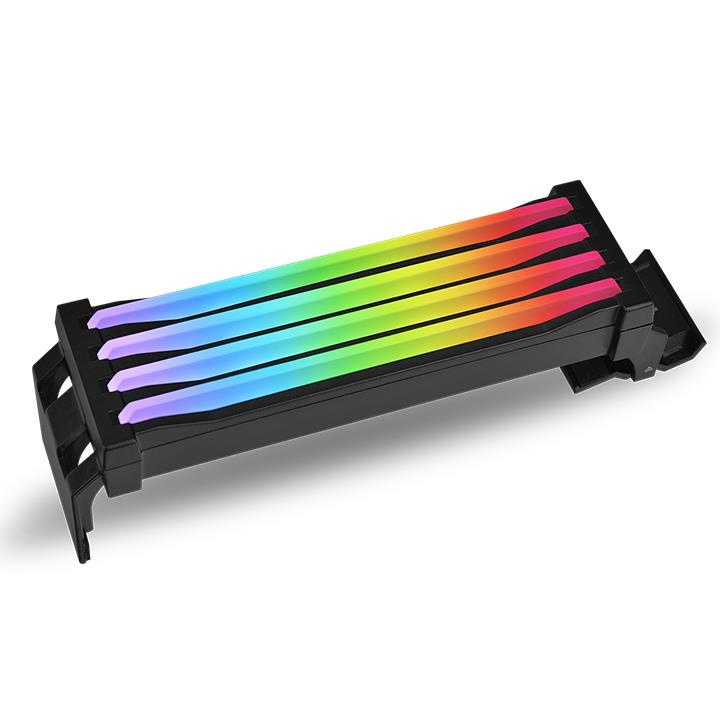 Cyber_Akuma said:
not really sure where would be the best place to put said LED strip either..
Click to expand...

With LED strips, you need to look for yourself where to place them within the case.

Though, when it comes to ARGB fans and LED strips, i, personally, prefer one solution for all. And due to this, my Skylake and Haswell builds, i have NZXT HUE, controlling both, my fan LEDs and LED strips, from one source, without the need of having ARGB header on the MoBo. And while my Thermaltake fan controller also supports LED strip, i chose to not use that one, instead, i like to keep it simple.
Reactions: Cyber_Akuma
You must log in or register to reply here.
Share:
Facebook Twitter Reddit Tumblr WhatsApp Email Link