I'm sorry to come here right away to ask for help, but I've been struggling for some time.

When the CPU is under load I start to hear strange crackles in the headphones but also on the voice communicators people say that I sound like a robot, I interrupt, I crackle. When I turn on LatencyMon, after a while I have a red sign saying that my system has problems described on the screenshot. As soon as I turn on the program, I read very high amounts of hard pagefult of tens of thousands.

I will say in advance that I have the microphone connected to the audio interface and the headphones separately to the DAC. Both devices are powered by USB. The computer also has a strange tendency to random freezes of even ten seconds, but quite rarely.

I don't know what that could be anymore. I replaced the power supply with a decent one, hoping it might have caused the symptoms mentioned, but no. I present a screenshot with LatencyMon and I provide my computer configuration. I will be happy to run the next required tests to diagnose the problem and ask for help.

I'll add that I've tried such things as:
I can also post a sound sample of the Steam notification I recorded through Audacity. This indicates an error not in the headphones, but in the system. Thanks in advance. 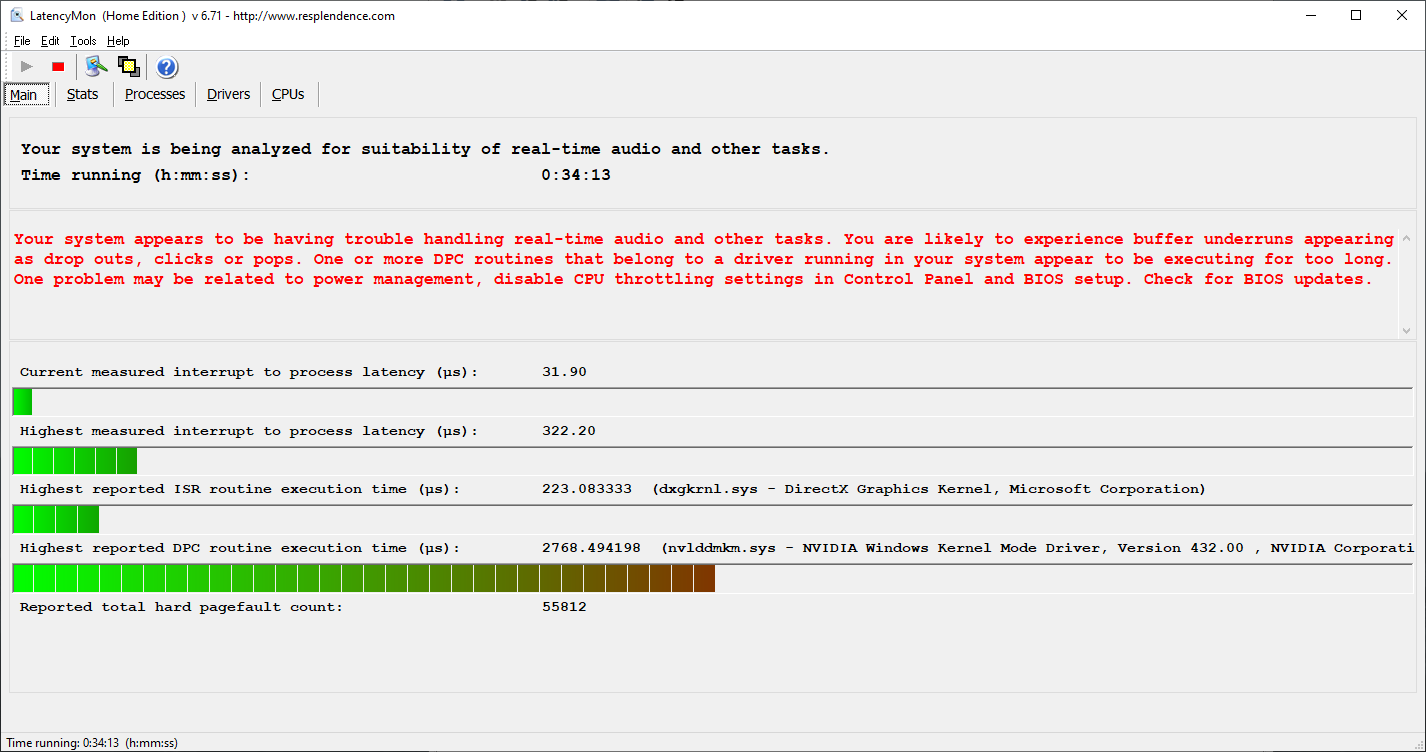 Edit: I just want to add that I tested headphones, microphone, audio interface and DAC that I use on highend laptop and everything works fine there.

What PSU have you now got?

Is your Windows 10 up to date?

Is your PC running hot?