so just the other day I got myself a new gaming headset (Sennheiser GSP 602) which is an analog headset and doesn't need any drivers or software. It came with two cables, one cable is the standard cable that ends in two individual TRS audio-in & audio-out AUX connectors, the other is a (shorter) single TRRS AUX connector for console usage.

I obviously went to use the longer standard cable right off the bat, and plugged that into the two top-side audio ports of my PC (yes they were seated properly, and yes I have switched to the new playback and recording device in the windows 10 settings). I then went to set up the headset in Discord, and do a quick mic test where my audio is being played back to be, and all I could hear was static noise. I then tried it in the windows sound recorder app to see if my mic would do the same thing there, which it did. So I went to watch a video real quick to test if the audio-in is working at least, and that was working just fine. So I was able to hear, but I couldn't speak. I checked the backside of my PC to see if there might be alternative audio ports that I could try, but there were none. Restarted my PC, plugged headset out and back in, tried again, same issue.

I immediately called the EPOS (Sennheiser) support, and the guy told me to try out the other cable to see if the issue is perhaps with the cable and not the headset itself. So I grabbed the adapter from my phone, which has a single AUX port that ends in a micro USB. I plugged the single TRRS connector into the adapter, and then the adapter into the back of my PC into the micro USB port, and see there, it worked perfectly fine. I could hear and speak, everything was working and sounding great. But since that cable is relatively short, the support guy told me that the issue must be with the other cable and he will send me a replacement.

Fast forward a couple of days, the new cable arrives. I instantly try it out, plug it into the top-side ports of my PC again, make sure it's seated properly and audio devices switched accordingly, and the same issue again. . Sound yes, but mic is only static. At this point I'm suspecting some issues with the audio ports on my PC. My previous headset was only connected by standard USB, so I never used the analog audio ports before. I went to order a USB audio stereo adapter with the two audio-in & audio-out AUX ports that end in a standard USB connector, since I figured that it has to work with USB at least, if it doesn't with the AUX ports, and since it worked before with my previous USB headset. Well, the adapter arrives, I plug the cables in, and plug the USB into the same USB port that I had my old headset in before, and again, I can hear audio, but my mic does not work at all, not even static, just silent. I tired a different USB in the back, same thing, I tried a USB port on the top, same thing. So whatever I do, the mic only wants to work when I use the single TRRS cable with the micro USB adapter, which I don't understand at all. . If the AUX ports were broken then it SHOULD work with USB, but it doesn't?? I'm just massively confused at this point.

So if someone has any idea what this could be all about, I'd be glad for any help. Thanks!
0

Trrs -Tip-left channel-R-Right channel-R-ground-S-Microphone. So a TRS has no microphone ring for modern pc jack.
0
T

Fix_that_Glitch said:
Trrs -Tip-left channel-R-Right channel-R-ground-S-Microphone. So a TRS has no microphone ring for modern pc jack.
Click to expand...

This is the cable that came with the headset. 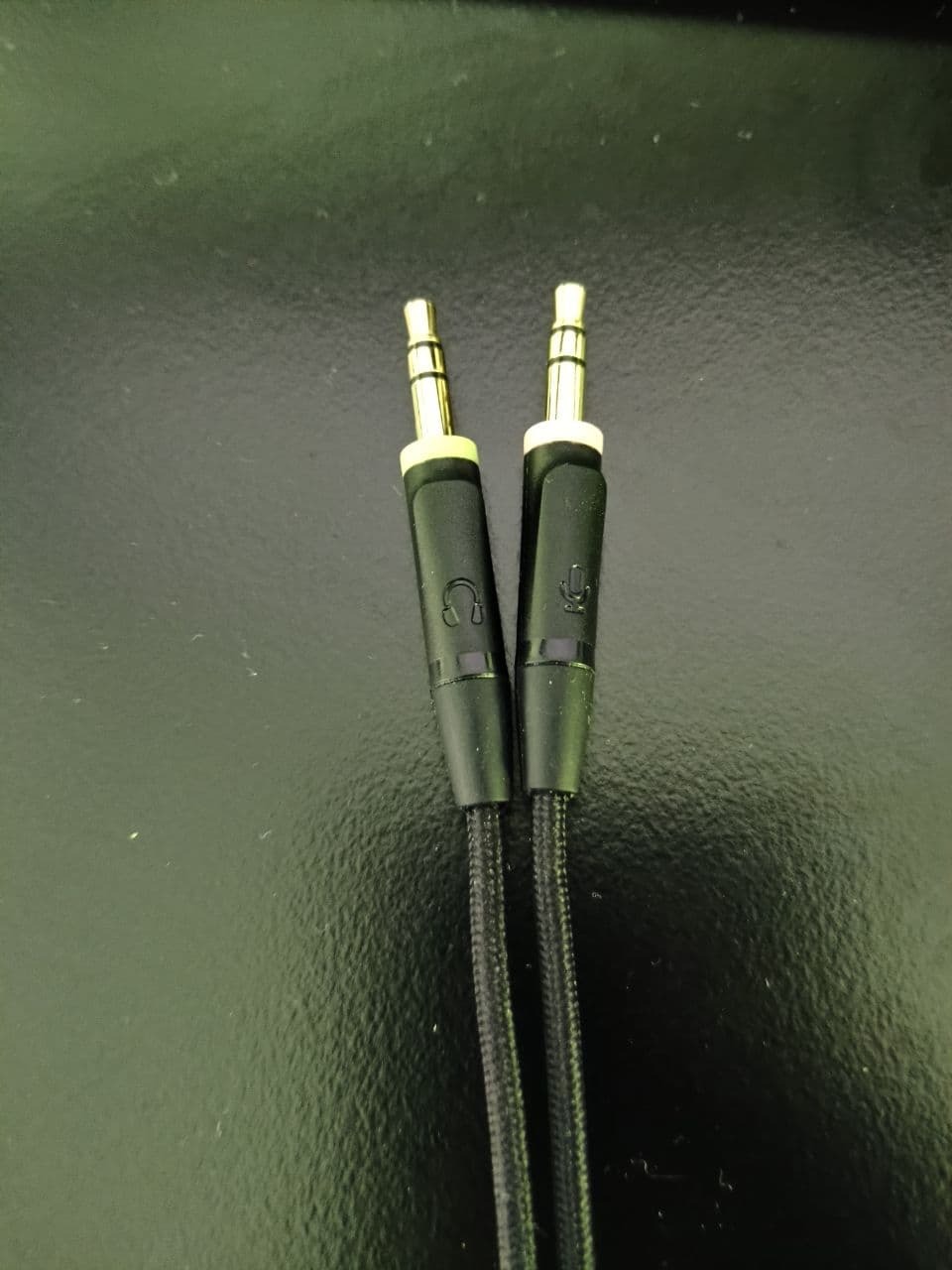 So do you have a microphone jack for the mic jack?
0 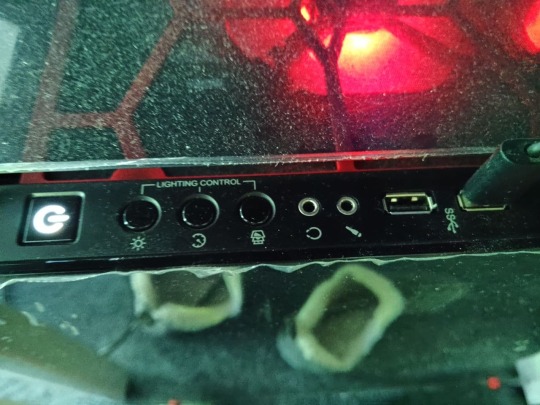 Fix_that_Glitch said:
So do you have a microphone jack for the mic jack?
Click to expand...

And it also didn't work with this.. 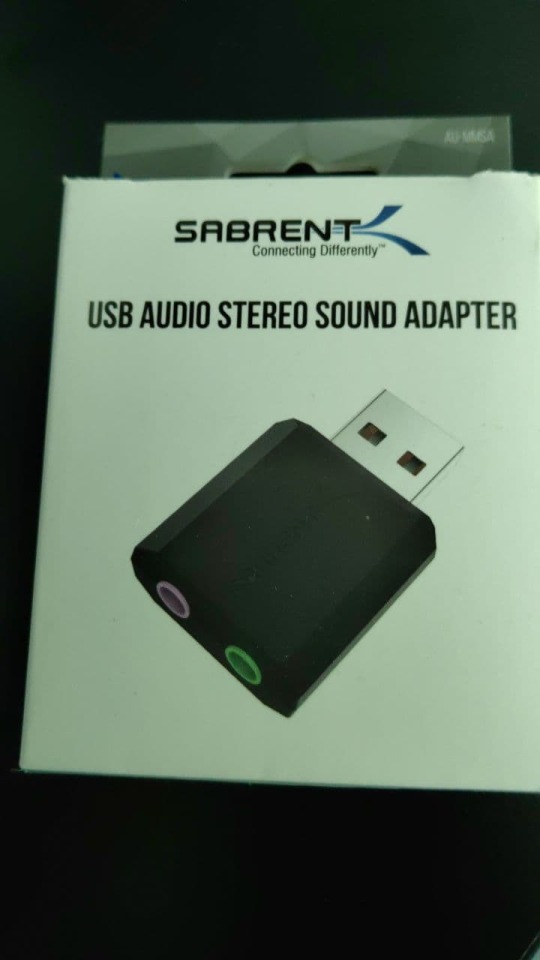 Does the headset show up under device and printers when plugged in as a usb device when using adapter?
0
T

Fix_that_Glitch said:
Does the headset show up under device and printers when plugged in as a usb device when using adapter?
Click to expand...

ok when using usb adapter, in device and printer, right click on usb audio device logo and a window will open. Click on recording tab, see if you can enable the microphone for the audio device. You should see green panels pop up to the right of it when you talk into the microphone.
0
T

Fix_that_Glitch said:
ok when using usb adapter, in device and printer, right click on usb audio device logo and a window will open. Click on recording tab, see if you can enable the microphone for the audio device. You should see green panels pop up to the right of it when you talk into the microphone.
Click to expand...

Yes, but it does not pick anything up. I have already set the "levels" to 100.

Ok try clicking on troubleshoot se if it tells you anything.
0
T

Fix_that_Glitch said:
Ok try clicking on troubleshoot se if it tells you anything.
Click to expand...

It told me to turn off sound effects and enhancements, which "might" improve sound quality, which isn't even an option for me. Aside from that, it told me that it couldn't detect the issue.
0