Fine, have it your way. Transfer Office 2013 to another PC if you need to.

And it's because of garbage like that, I use LibreOffice.
G

Good to see MS swollow that coporate pride/greed and give us an agreement that is (more) fair.

I think what Winston Chruchhill once said about the United Stats definitely applies to Microsoft as well. "You can always count on them to make the right decision, after they have tried everything else. "
G

When I first heard of this non-transferable thing, it was the first time in my life I've considered pirating Office. I don't think the majority of people mind paying developers for their work, but when these kinds of draconian measures are implemented it can turn an honest buyer into a full fledged pirate. When will companies understand?

Thanks to government regulation and taxation, new businesses can't rise up and challenge the big buys...
N

[citation][nom]rad666[/nom]And it's because of garbage like that, I use LibreOffice.[/citation]

I read the above post in the voice of these kids: https://www.youtube.com/watch?v=v2AlY17pLxo

You're most likely on linux, what other software were you going to use?

Back story: Tons of toms comments on how great linux is excited the tinkerer in me to try it out. Huuuuge waste of time. Pony up the $100 and scoop a copy of windows 7. At this point I might hate linux fan boys over apple fan boys, but its still up in the air.

Actually, I use Win 7, and I still choose LibreOffice over MSOffice.
F

Why does Tom make this feel like a bad thing????
S

Kind of a bad assumption there. I also run a Windows OS (8) and I use the Libre Office suite (and a host of other open source programs). About the only Microsoft program I use (besides what comes with the OS) is Visual Studio.

[citation][nom]Avus[/nom]I don't understand why the world flipping largest software company - Microsoft, cannot do something like Apple apps store (a hardware company) or Steam (a game developer) that the software is tie to a person (account) not to a machine. I understand OS should tie to a system. But why the software should die with the system when the system die. They are not free software. People paid for it.[/citation]
Amen!
N

Alright, I apologize. But if I read another "if this game dev doesn't support linux going forward then they are losing out" or "ubuntu is so awezome and its free omg you guys are dumb" comment I might lose it. I'm still feeling the sting of ubuntu, it has invaded my boot sequence even though I never installed it, just ran it from a thumb drive. The other linux distros I tried, and installed to HD, removed without a problem. Nothing like googling a distro, installing it, running it and then finding out its basically abandonware.
S

@nolarrow: your two comments clearly reveal your learning skills. You are absolutely right stay away as possible from any Linux.
N

Yes SAL-e I will "stay away as possible"
S

LibreOffice is garbage, no where close to the usability/function of MS Office, gave it a try, uninstalled it 5 minutes later.
Click to expand...

At home, I don't need anywhere close to the features provided by Microsoft Office. The most complex document I've generated is a resume, I don't need to pay for MS Office to do that. Now if I was writing documents for work I'd probably end of getting MS Office, just for the compatibility.
M 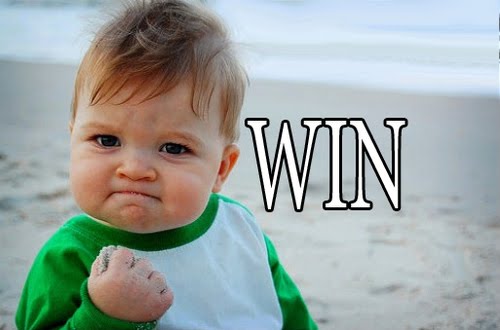 all this commotion and yet we have web versions of office applications free to use over live drive... for home users they are more than enough, no need for libre/open office (and yes, those two are years behind ms office)

So what was to stop people installing it while using one of the many nano-wifi USB dongles and then just moving that dongle to whatever PC they wanted to use Office 2013 on? After all, it'd be the same MAC address.
J

[citation][nom]nolarrow[/nom]Back story: Tons of toms comments on how great linux is excited the tinkerer in me to try it out. Huuuuge waste of time. Pony up the $100 and scoop a copy of windows 7. At this point I might hate linux fan boys over apple fan boys, but its still up in the air.[/citation]
Correction, that's $300 a license, since Microsoft does NOT consider the Do-It-Yourself-er a "system builder" as described in the OEM license agreement. And don't forget the anti-virus software, and Office. Yeah, that's over $500 in software alone, the same price I can build an entry-level gaming machine for, so excuse me for being excited that there is a tool that offers similar functionality for FREE, that I can also modify, if I so desired.

If you lack the competence to use such a tool, despite extensive documentation/forums/other help, that does NOT mean the tool sucks and the users are annoying fanboys.

So I am no sort of professional, but why buy Office to begin with? Will open office or Libre not do the job just as well?

If the wheel is squeaking loud enough someone is after all going to get the oil can.
Glad to see they are not totally tone deaf in Redmond !

[citation][nom]NoMoreMetroMadness[/nom]And soon M$ will allow new hardware to be sold with windows 7, and not the METRO fail! M$ will have fewer channel OEM partners, if this windows 8 madness continues! The customer demnds windows 7 on their new hardware, or it is no sale! The customer is allways right, M$, get a windows 7 option on new hardware, and get more M$, or continue with the METRO crap and get delisted form the stock exchange![/citation]

Have you even used windows 8? I thought I was going to hate 8 when I got my new computer but I actually like it a lot. You still have the desktop like win7 and the metro start menu thingy isn't all that hard to use if you know how to scroll right. Win8 just isn't too great for the desktop market since most of the little tricks are for a touchscreen or touchpad.

[citation][nom]jerm1027[/nom]If you lack the competence to use such a tool, despite extensive documentation/forums/other help, that does NOT mean the tool sucks and the users are annoying fanboys.[/citation]

Lol, that documentation you speak of is not at all helpful. The problem with linux is that if I install it on my laptop I lose nearly all of the functionality it has except for basic functions. Everything else like hot keys, the wifi card, touchpad drivers, ect. I need to dig around and find since each laptop is different. I would only use linux on a desktop because you don't have all of that to deal with.
To be fair, I did put ubuntu on my laptop and it was able to get most of the basic functionality installed, but the wifi card, which I had to setup on my own. It's just too much of a hassle to be honest. It because a cost vs. benefit thing and since I can get win7 copies for free why would I even bother? And no, not through pirating.
G

Office 2013 is already on torrent, fully cracked and working, but I will continue to use Libre as it works.

Even free Ill pass thanks.

I purchased Microsoft Caves and it didn't allow me to transfer Office. :-(