I'm trying to run a Minecraft mod pack server but it doesn't appear online and I am unable to connect to it however it loads up fine in the command prompt. I want to run the server through my laptop and play the game through my PC.

I have run many servers through my desktop before fine but for some reason my laptop will not allow the same result.

I have tried to fix this issue for the longest time and tried so many solutions I have forgotten but I'm willing to try them again.

The desktop that works uses ethernet and the other difference is on the PC a second window opens which is a java command prompt that loads the server. On the laptop only a single window opens. 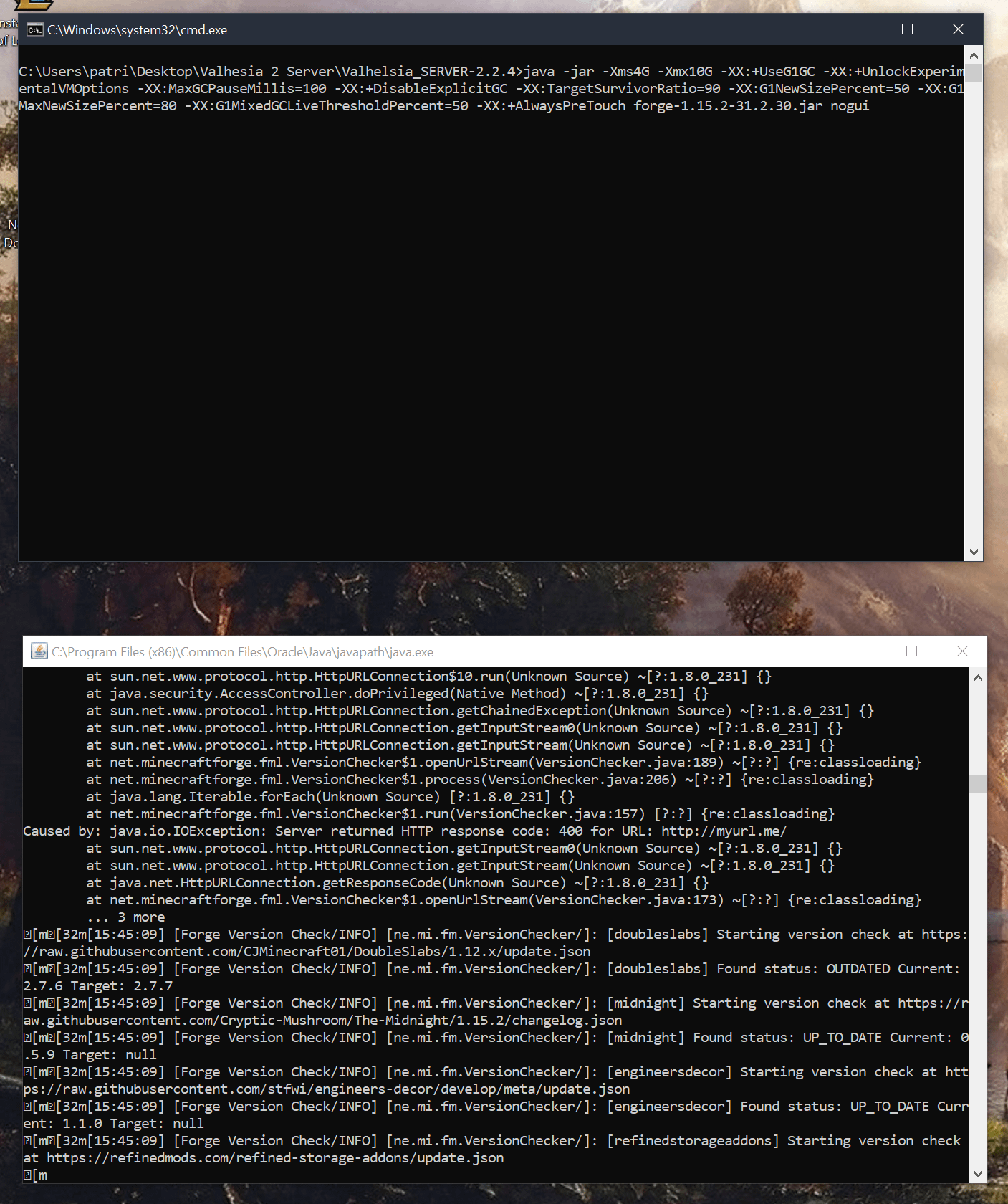 PC server when launching goes through messages/logs whatever they are rapidly whilst the laptop does this slowly (maybe because of hardware differences) when the laptop finishes loading the server it seems unresponsive. No updates of messages appear such as server running behind however the working desktop server is responsive.

On the laptop right now I'm trying Java 8 update 261 but I've tried many other versions.