Previous Next Sort by votes
P

I got a Samsung LC32JG50QQNZA Series Curved 32" which is just a little over 2 years old (and therefore, out of warranty). It's connected to a EVGA GeForce RTX 2080 Super Black Gaming GPU along with two other monitors, one connected to HDMI and another connected to another DP. 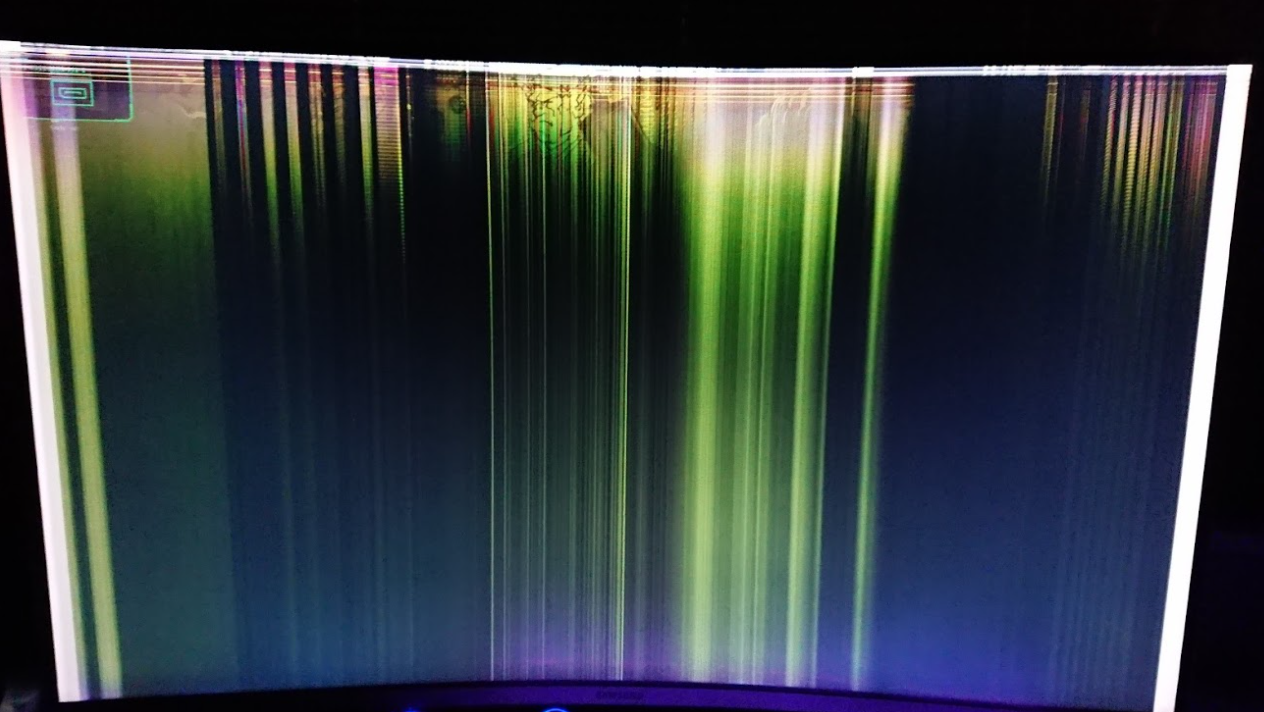 You can see a small glimpse of my wallpaper on the upper corner. This was taken with all the lights off in my room.

I had just gotten back from a trip, and I turned on my shutdown computer only to see the Samsung monitor glitchy up, showing a scuffed version of the image, and then slowly blacking out with lines and other things giving it a bit of a "burn" effect.

However, when I switched inputs to HDMI, it seems like everything is fine, the monitor shows the HDMI output great. Albeit, now without the 144 hz.

For the life of me, I have not figured out what went wrong with my displayport.

Here's what I've done so far:

-Unplugged it from the power, and plugged it back in.
-Used a different Displayport Cable
-Plugged Monitor into alternative Displayport (which my other monitor was using without any problem).
-Switching between Displayport Version 1.1 and 1.2 (1.1 resulted in it not detecting a signal).
-Updated GPU firmware

Other monitors seem to be doing well, so I don't think it's a GPU issue.

Is the Displayport to this monitor finished? Should I be shopping for a new one now? Or is there something else I can try before throwing my wallet at another monitor?
Last edited: Jul 13, 2021
0

Could it be one of the connectors that needs to be cleaned?
0
P

lvt said:
Could it be one of the connectors that needs to be cleaned?
Click to expand...

I could try airblasting the ports to see if it does anything. Will get back to you soon.

tried monitor on another PC?

Got in contact with Samsung Repair. Seems like my warranty didn't go out after all! Sending it in. If somebody has this problem in the future, this was my solution LoL!