About 2 months ago I started experiencing pretty bad packet loss, on and off every few hours. 2-8 hours of stability, 2-8 hours of ~2% packet loss peaking in and out, repeat. About 2-3 weeks ago instant jitter also started becoming an issue, peaking out around 100ms.

In the two months since things started I've probably had 10-15 ISP technicians out here. They changed the entire household's ethernet cables, they changed the router, they've changed the line our house is running to, something about some booster box on the back of the house. They've checked the external running lines in the neighborhood (one of the technicians literally just drove around for 2 hours..) and not one of them can figure out what the issue is.

The issue isn't limited to one device, it affects every device in the house, whether wired into the router directly or through wifi, it doesn't matter. I compete in competitive gaming tournaments and do twitch streaming for a living, so I literally haven't been able to work for 2 months... Please if anyone has any ideas, dear god help me, I need to pay rent...

WHILE CONNECTED to a VPN, I can get readings on our network state through software called StarTrinity Continuous Speed Test, this is what it looks like when things are acting up: 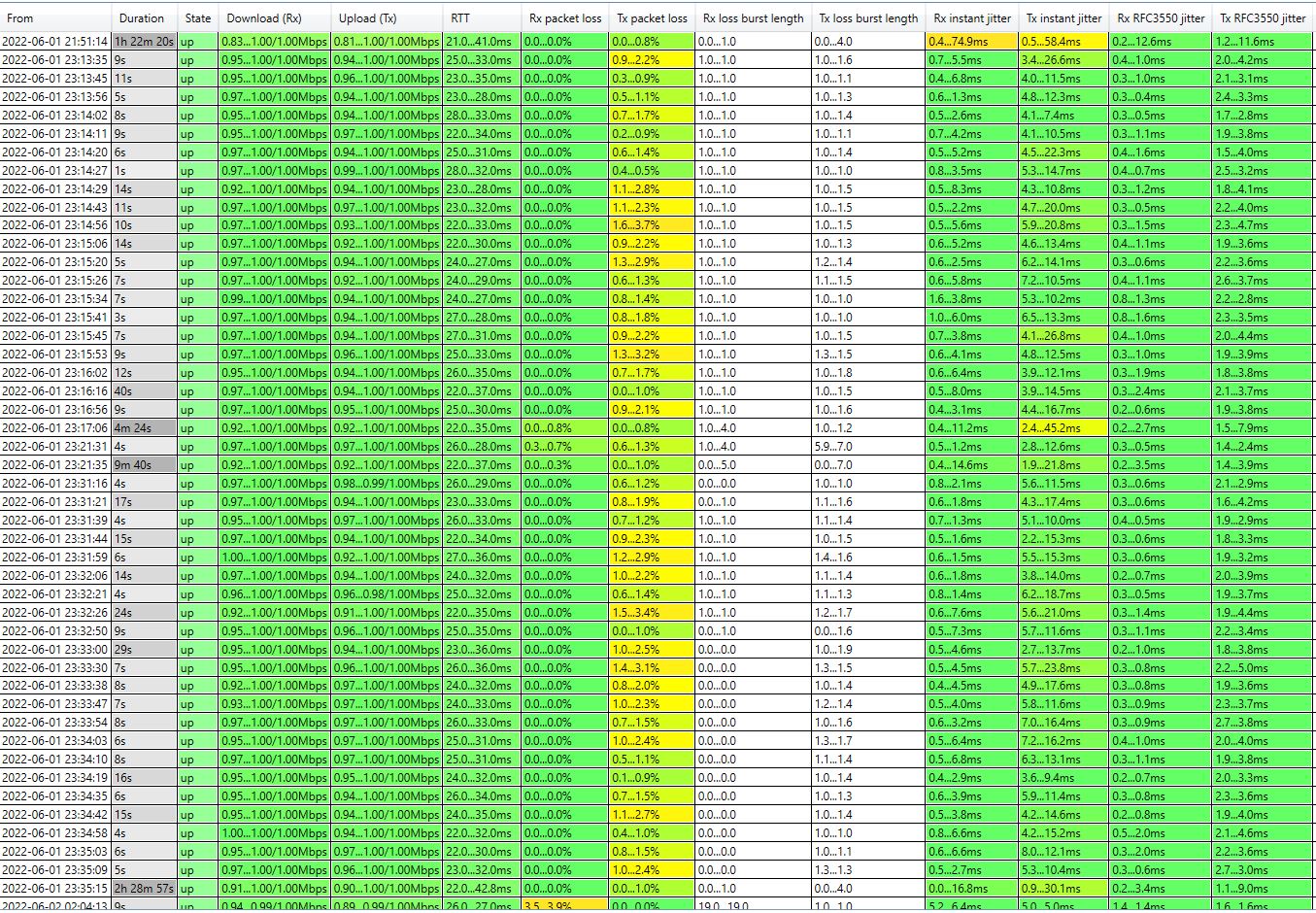 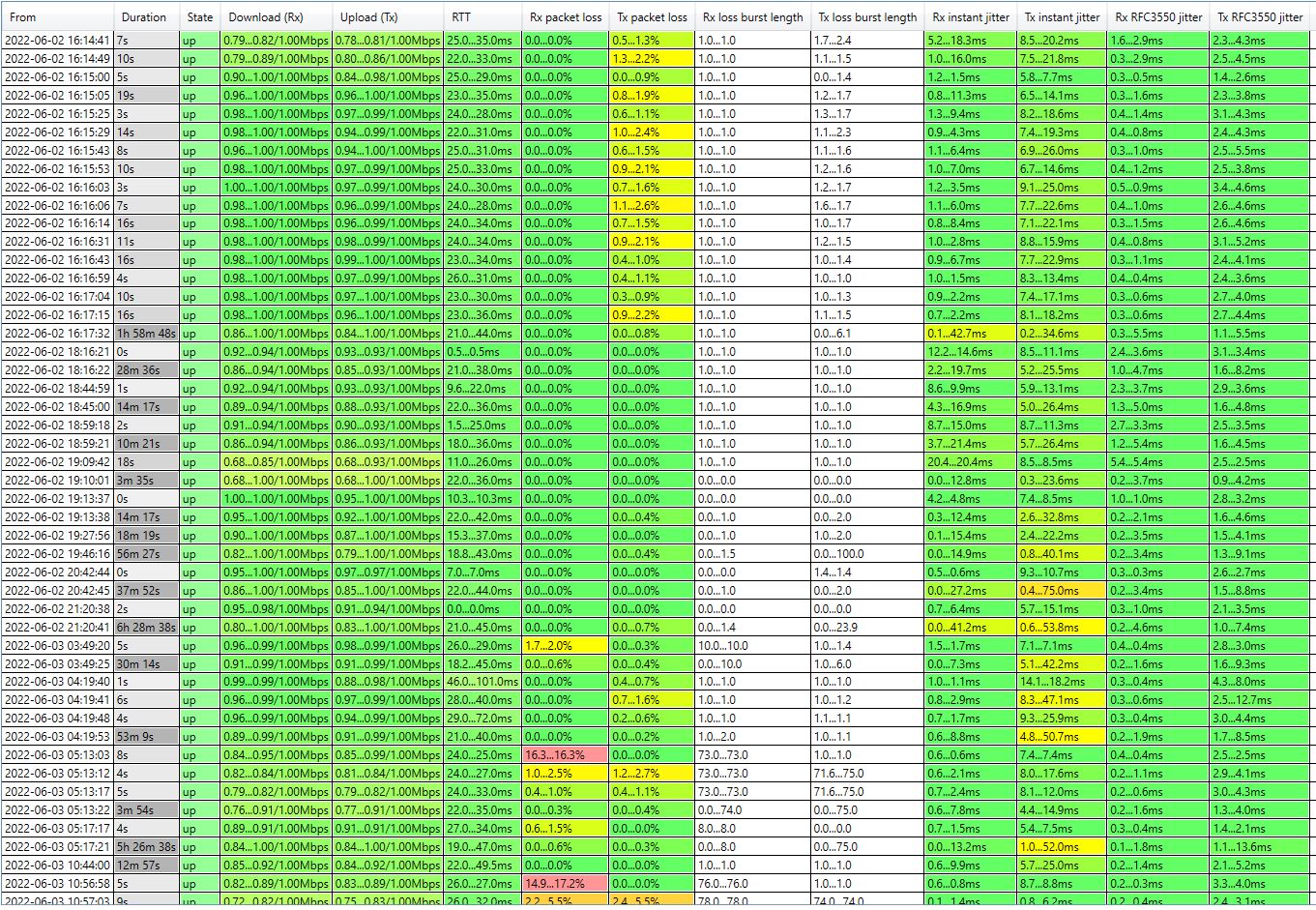 WHILE NOT CONNECTED to a VPN, it can't even seem to download/upload the full desired amount, and therefore refuses to output packet/jitter data??? 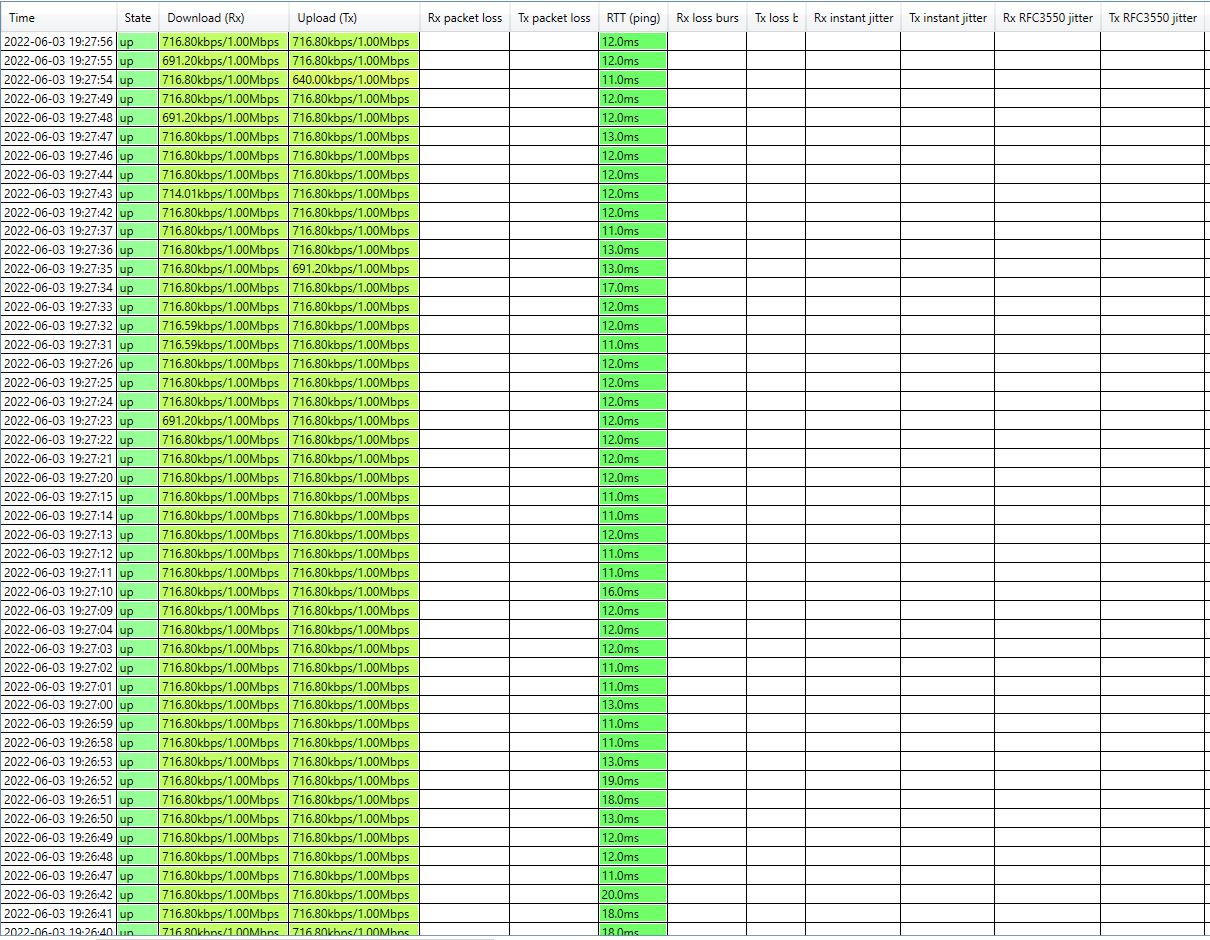 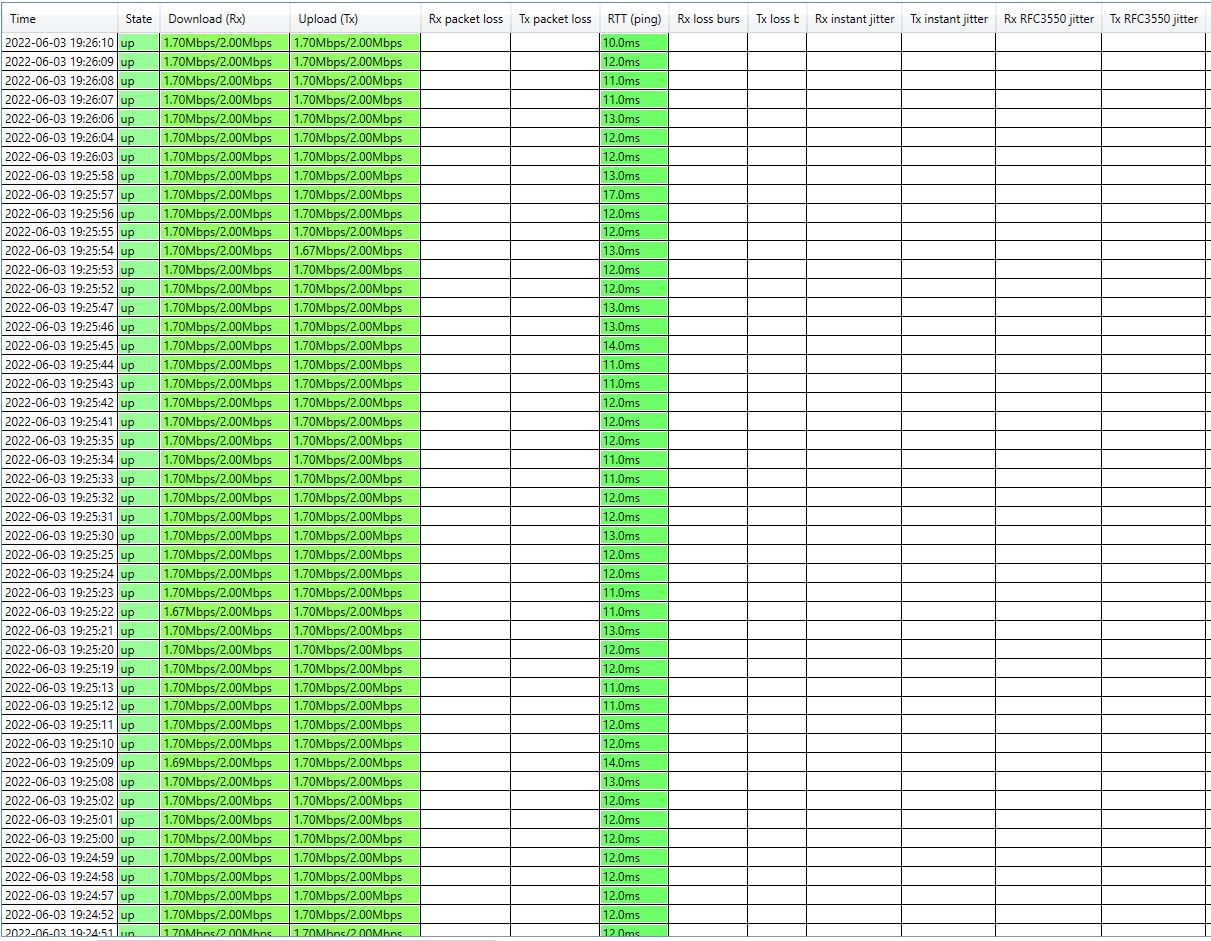 *** Notice how in Screenshot1 I tried 1up/1down, and in Screenshot2 I tried 2up/2down. The missing 300kbps chunk persists regardless of what speeds I attempt.
***Note that VPN/no VPN has 0 bearing on the actual quality of the network, it's the same regardless, I simply thought this anomaly might be a clue to the issue, so I threw it in.

Additional Notes:
-Speeds are virtually never an issue, just the Packet Loss / Instant Jitter.
-Every time the techs show up, they check the equipment, start to suggest everything looks fine on their end, then notice that "the system has restarted several hundred times." (per day? per week? idk)
-One tech said they checked some access point that our house, as well as 4-5 neighbors are connected to (the power lines out back?) and they said every neighbor's connection looked good, while ours didn't.
-The last tech said he ran our house to "a different line"? even though he wasn't necessarily supposed to, it didn't change anything.
-We're stuck in a Comcast monopoly zone pretty much... So our ISP is comcast/xfinity.
-We have a 500mbps plan.

If you have any questions that have even the slightest chance to lead to a solution, please do ask. Thank you for your time.
0
B

I have not seen that tool before but you have to be careful it can be anything in the path and not your ISP or the connection to your house. It could just as easily be the servers ISP or some connection to their data center.

Your first step is to look at the signal levels in your modem. In particular since this tool shows output issues I would verify that the output level is good . Generally the number should be under 50 but the exact value depends on the type of docsis etc so you need to search for the recommended cable values, it is a lot of detail so I will not repost it here. Most modem also have a error log that may show something interesting.

I would then try the standard test the ISP should understand. You first run a tracert to 8.8.8.8. This is purely to get the IP addresses of the routers in the path it likely will not show any issues unless you are very lucky.

You now want to leave a constant ping run to the IP in hop 2. This should be the connection between your house and the ISP. You will also need to run a ping to the IP in hop 1 which should be your router. This is purely so the ISP does not blame the router.

If you do not see issues with hop 2 or your get 100% loss because they configured it to not respond it is going to be more complex to test. You can try hop 3 but that is farther into the ISP network and makes it harder to convince the ISP it is their issue.

You can also run a constant ping to 8.8.8.8 to confirm that you see packet loss. This tends to be harder for the ISP to deny it is there problem. I am somewhat surprised the ISP did not just tell you the problem is with the server running your tool, they will say their test show no errors.

I would only be concerned about the packet loss. You will never get the ISP to fix very minor jitter like your tool shows. Most times jitter needs to be over 100ms to really cause a issue. Packet loss though even very small amounts cause huge problem for games and streaming video.
You must log in or register to reply here.
Share:
Facebook Twitter Reddit Tumblr WhatsApp Email Link