So last week or so I was using my computer just fine when I decided to close a lot of programs at once and my computer became very slow all of a sudden, maybe like 1 frame every 3 seconds. Then after about a minute I got a blue screen. When I tried to turn my pc back on, it was very slow to load. I have an ssd so it usually takes about 10s from hibernate, but now it's taking a couple of minutes.

My PC has been acting strange ever since. All data for my firefox extensions have gone, spotify won't open any more and the icon has gone. I shut down my pc and it sometimes sticks on the 'shutting down' screen for 10 minutes. Once, when shutdown, all the fans had turned off but the lights on my keyboard were still on. I get a 'Microsoft net framework - unhandled exception' on startup. Just today I booted up my PC and got a blue box in the center of the screen which was implying that this was my first time setting up windows? But I clicked continue and my PC booted normally. When viewing /deleting files on my SSD it takes forever to do, but not with files on my HDD. On startup the bios once opened by itself. On startup, the bootscreen with the loading spinner usually stays on my left screen, but now it starts on the left screen then halfway through moves to my middle screen which it's never done before. I could go on.

Any ideas as to what could be causing this?

What model is your SSD? How much free space do you have on the SSD?
0
H

rocktalkrock said:
What model is your SSD? How much free space do you have on the SSD?
Click to expand... Device manager has no warning signs that I can see.
It says I have 16GB of ram but it doesn't say what's usable like your screenshot.
0

That just means all of your RAM is usable.
Have you looked in Task Manager to see if your CPU usage is spiking to 100% and what is running in the background? 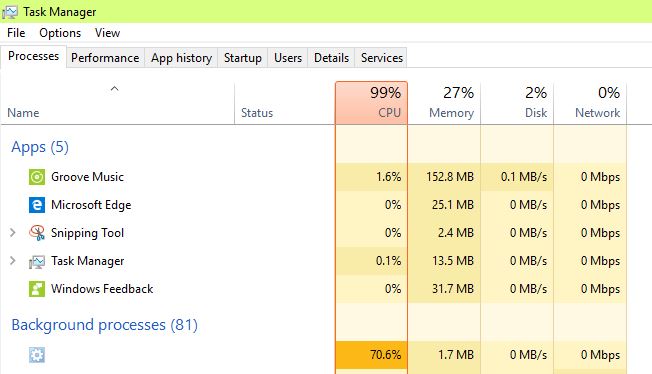 All seems normal, although cpu goes to about 75%(system interrupts process) when I open the task manager then instantly goes down to around 20%
0

Hubilidan said:
All seems normal, although cpu goes to about 75%(system interrupts process) when I open the task manager then instantly goes down to around 20%
Click to expand...

Try downloading and running a program called Hard Disk Sentinel to check the health of your drives. 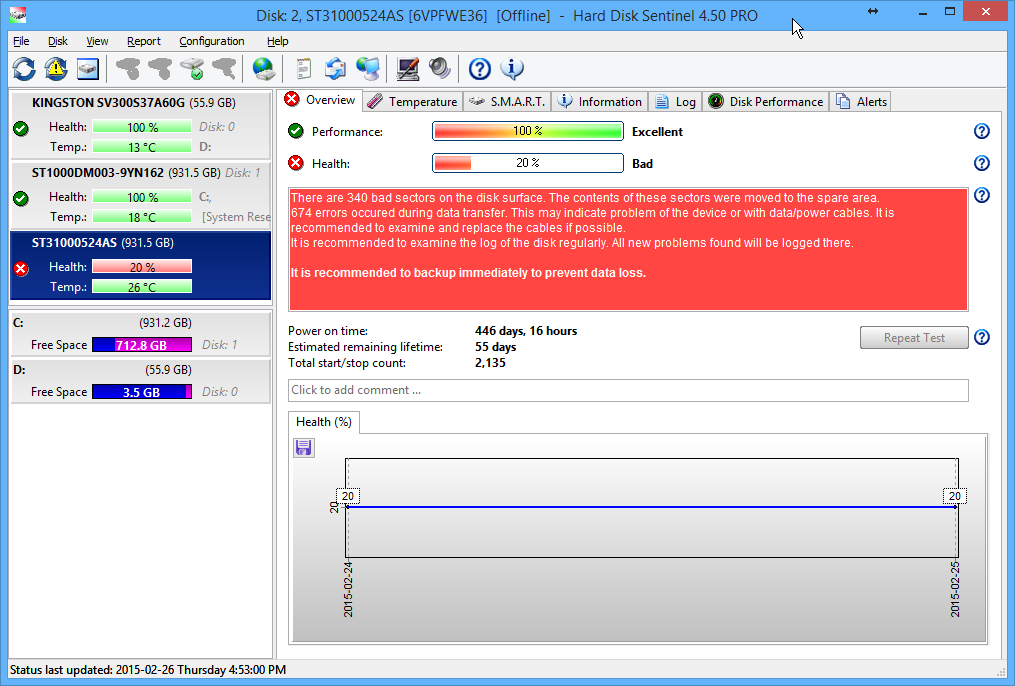 There are 832 bad sectors on the disk surface. The contents of these sectors were moved to the spare area.
Based on the number of remapping operations, the bad sectors may form continuous areas.
13 errors reported during write to the device.
Click to expand...

Hubilidan said:
My two HDDs are at 100% health.

Yeah you need a new SSD. The Samsung SSD not the junk that you bought
0
H

Do you have any good resources for how I would go about replacing it? Also any specific recommended models?
0
T

Samsung EVO should be great.
0

Hubilidan said:
Do you have any good resources for how I would go about replacing it? Also any specific recommended models?
Click to expand...

If your SSD is an Adata SU650 you can check if it's still under warranty. That model has a 3 year warranty.