Question My gaming laptop suddenly turned off while gaming due to low battery even though it was plugged in.

My ASUS ROG Zephyrus S GX701's battery was low so I plugged it in before starting the game. I don't know what percentage it was but I know that the low battery message didn't appear yet. Anyway, I then proceeded to play Dead by Daylight on ultra settings. This is my first time playing this game by the way. About 20-25 mins in my laptop gave me a low battery message and it shut down/went to sleep instantly in the middle of an online game even though it was plugged in and the light was orange which indicates that it is plugged in and charging but apparently for some reason it wasn’t? I checked and the light was still orange which means that it’s really plugged in and I was able to boot it up and continue where I left off. I noticed the battery stayed at 0% for longer than usual so I thought I should just close the game.

I've been using the original charger and it’s a new laptop, I got it brand new about 5 months ago and I’ve been playing cpu intensive games on it for months and on the highest settings with no issues whatsoever. Some of these games are Destiny 2 which I’ve played for more than 500 hrs on this laptop and Red Dead Redemption 2 and GTA V to name a few. I’ve never had this problem happen before and I want to know what could’ve caused it and what I can do to prevent it from happening especially since I play a lot of online multiplayer games, I can’t have this happen again. Thanks.
0

So I just installed CPUID HWMonitor to check the battery wear level and this is the result. Is it high? Something to be concerned about? I don't leave my laptop plugged in at all times during use. When the battery is full I switch off the charger and only plug it back in when battery gets low.

Does your laptop have a battery feature whereby it only charges to 80-85% to extend battery life? My Dell does and it makes the HWmonitor battery wear readings incorrect. If you don’t then 21% in 5 months is high to the point I’d contact the manufacturer encase it warrants a warranty claim.

Also when under heavy cpu and gpu usage some laptops will still discharge at a slow rate even though plugged in. The power supply is not enough to provide power on its own under full load.
0

It was at full capacity mode and I changed it the other day to Balanced Mode. 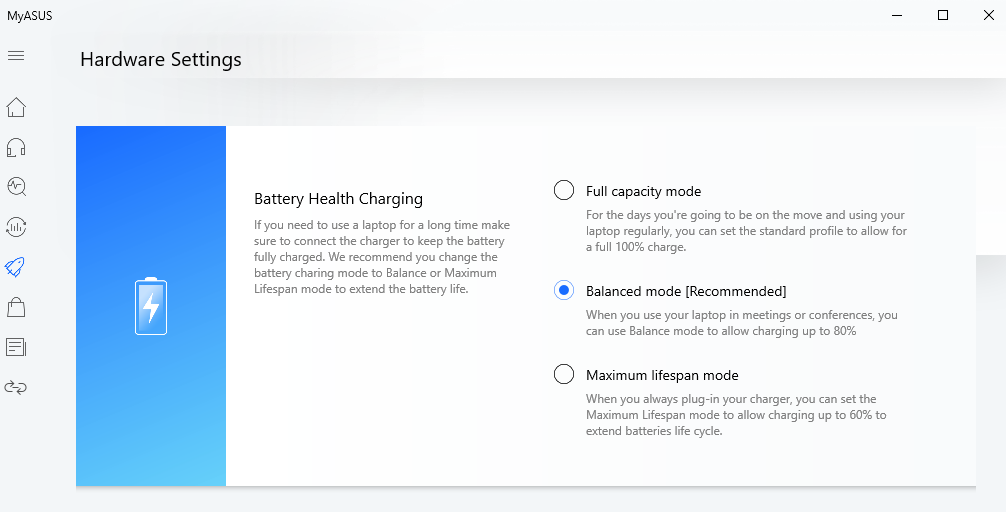 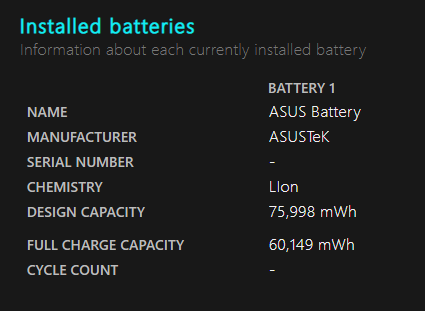 Ok so under balanced mode it charges to 80%. The readings in HWMonitor are meaningless as it gets a false fully charged reading.
0

So now what's the correct way to charge my laptop to extend its battery life? I thought draining the battery and charging it back up keeps it good but now I read it actually harms it and the best way to minimize wear and extend the battery's life is by leaving it always plugged in...
Reactions: sizzling
0
S

Lithium batteries are best kept between approximately 15%-85%. If you are gaming and plugged in most of the time then use the balanced setting that cuts off at 80%.
Reactions: Someone1039
You must log in or register to reply here.
Share:
Facebook Twitter Reddit Tumblr WhatsApp Email Link