Hello,
I have been having problems with the VRM section of my Gigabyte H97m-D3H motherboard. It has killed 2 CPUs so far because of shorted mosfets. First time was an i7, PC simply refuses to turn on, fans only slightly moves when pressing the power button. After finding out the two shorted mosfets, I replaced both of them.

I then turned the motherboard on with another CPU (this time an i3) in it. It turns on just fine, it works very well too and I checked all temps or whatnot, everything was good until I turned it off. When I attempted to turn it back on, the same thing happened again, fans only moves slightly and there it was, the same two mosfets that I replaced shorted again killing the i3 in the process.

Normally, I would just throw away the motherboard and buy another one. But this is an old hardware and it's very hard to find a decent replacement. I still have one more CPU to pair it with and would not like this one to fry again. It seems to me that the two shorted mosfets aren't the only thing wrong on the motherboard but I can't seem to find what is wrong.

Thanks for reading, would be glad if anyone can help. Thanks in advance. 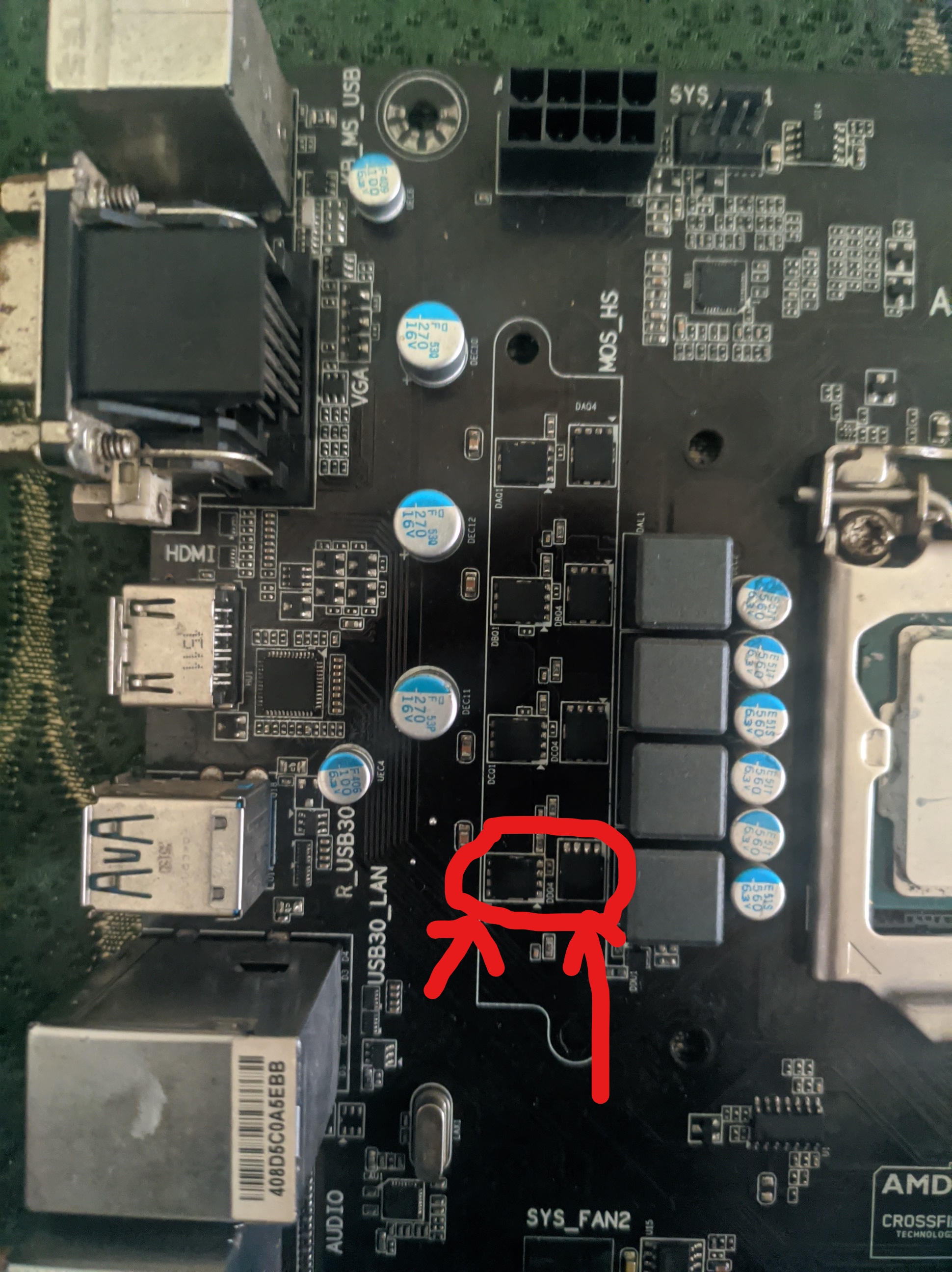 Schematic of the motherboard : https://drive.google.com/file/d/14PHz7ocGdlukbbWBR_yszcIjaMMjPLd7/view?usp=sharing
0

Due to the motherboard design with several layers of circuit, it's very difficult to repair, most of the times it's not worth repairing a faulty board.
Reactions: drea.drechsler and CountMike
0

lvt said:
Due to the motherboard design with several layers of circuit, it's very difficult to repair, most of the times it's not worth repairing a faulty board.
Click to expand...

Yea posting just in case there is an experienced repair person who may know what's wrong. Also, I am learning to repair as a hobby so just curious as well.
You must log in or register to reply here.
Share:
Facebook Twitter Reddit Tumblr WhatsApp Email Link