After completing my build and installing windows 10, driver updates and etc. I have been getting stuttering problems with my PC. The stuttering isn't immediate, it starts after a few minutes of activity, but after that it never stops. It stutters regardless of what application is/isn't open, from high end triple-A games to simply opening Spotify and having tracks skip and stutter or web browsers taking unacceptably long to load. It isn't a drop in FPS, all my games maintain high FPS rates when I track them, Task manager shows no strangely high background usage on any component, but it just continues to stutter. I have tried a fresh install of Windows 10 to no avail.
I also previously had taken it into a professional PC repair center and had it looked at, but they say that each individual component functions as it should, there isn't a problem with windows or any of my other downloaded applications, no viruses or anything related, and drivers are up to date, it should work perfectly fine, but it doesn't. They recommended sending components back for replacements, hoping that something undetectable in one of them was causing a problem that effected the entire system. But after receiving completely new components nothing has changed. It still stutters and skips. It will also get stuck while attempting to shut down or reset, getting stuck on the reset screen for hours with no result or appearing to be off, but still have components drawing power and on. The only way to turn it off is to force a restart by disconnecting the power or holding down the power button.

https://www.userbenchmark.com/UserRun/30409616
I have a much more in depth benchmark report if that would help that I can share.
0
F

I tested both corsair kits with two different motherboards. b450 mortar max and x570 aorus master. Failed on both. Even with the latest bios at the time. 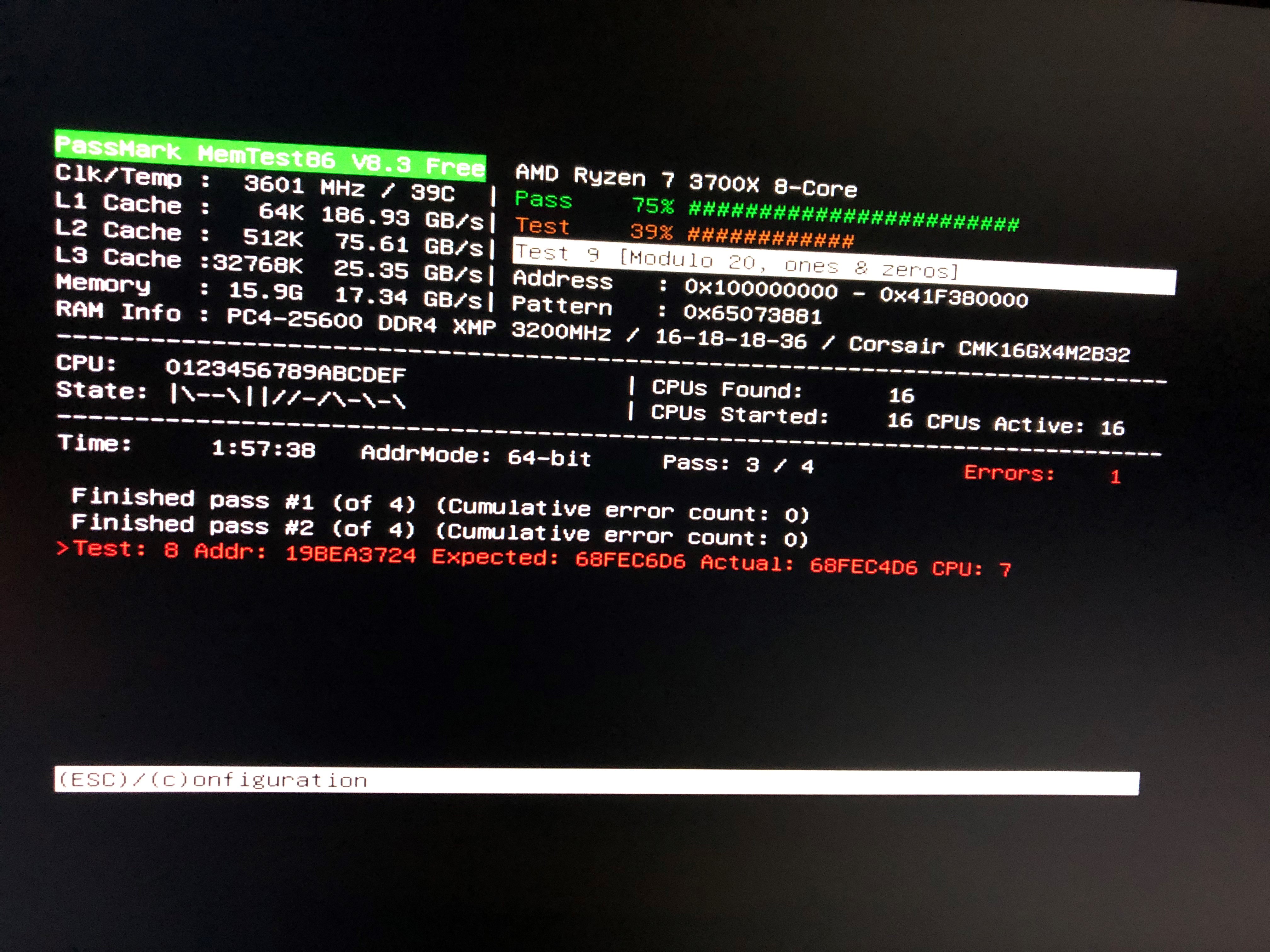 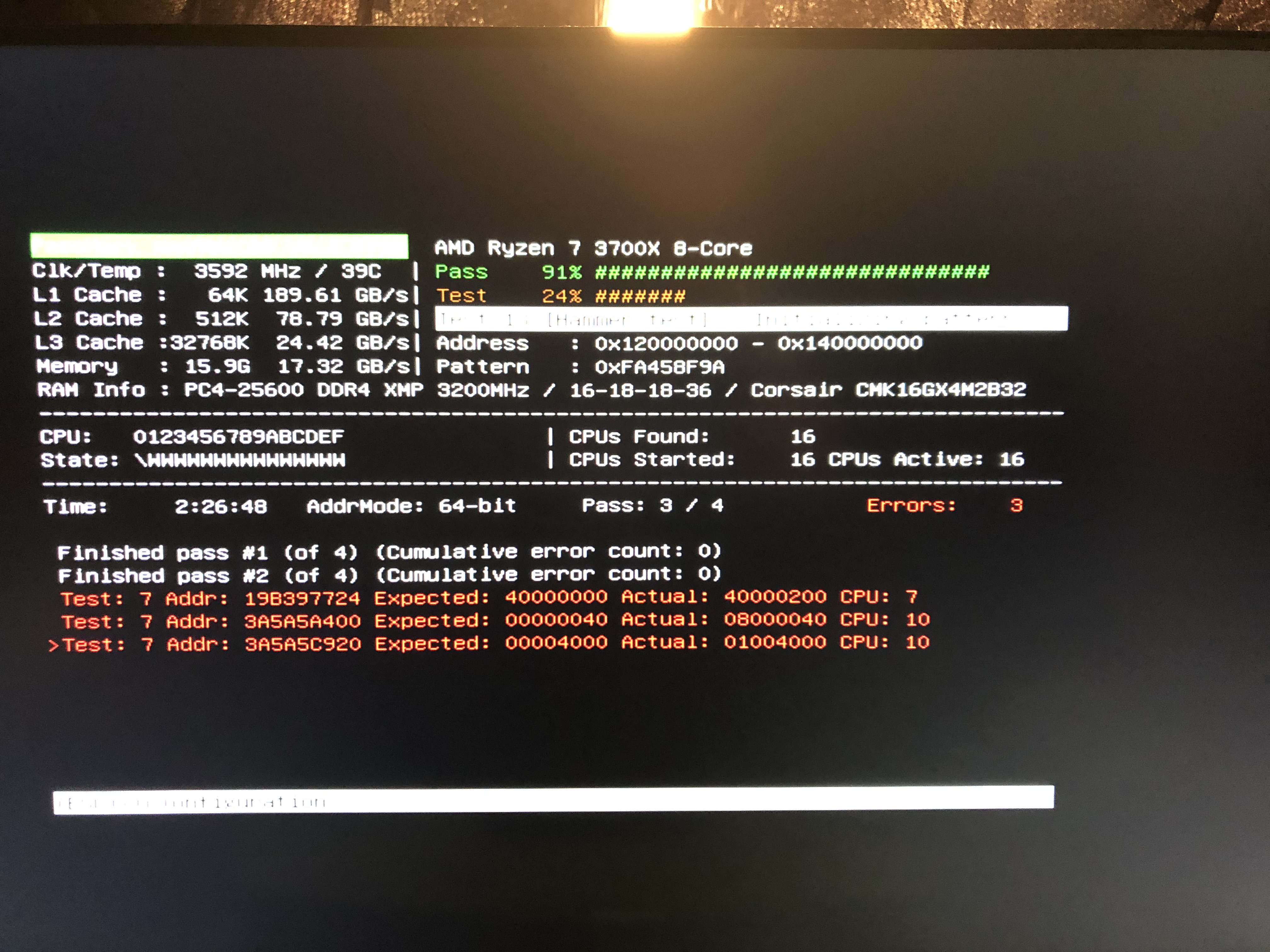 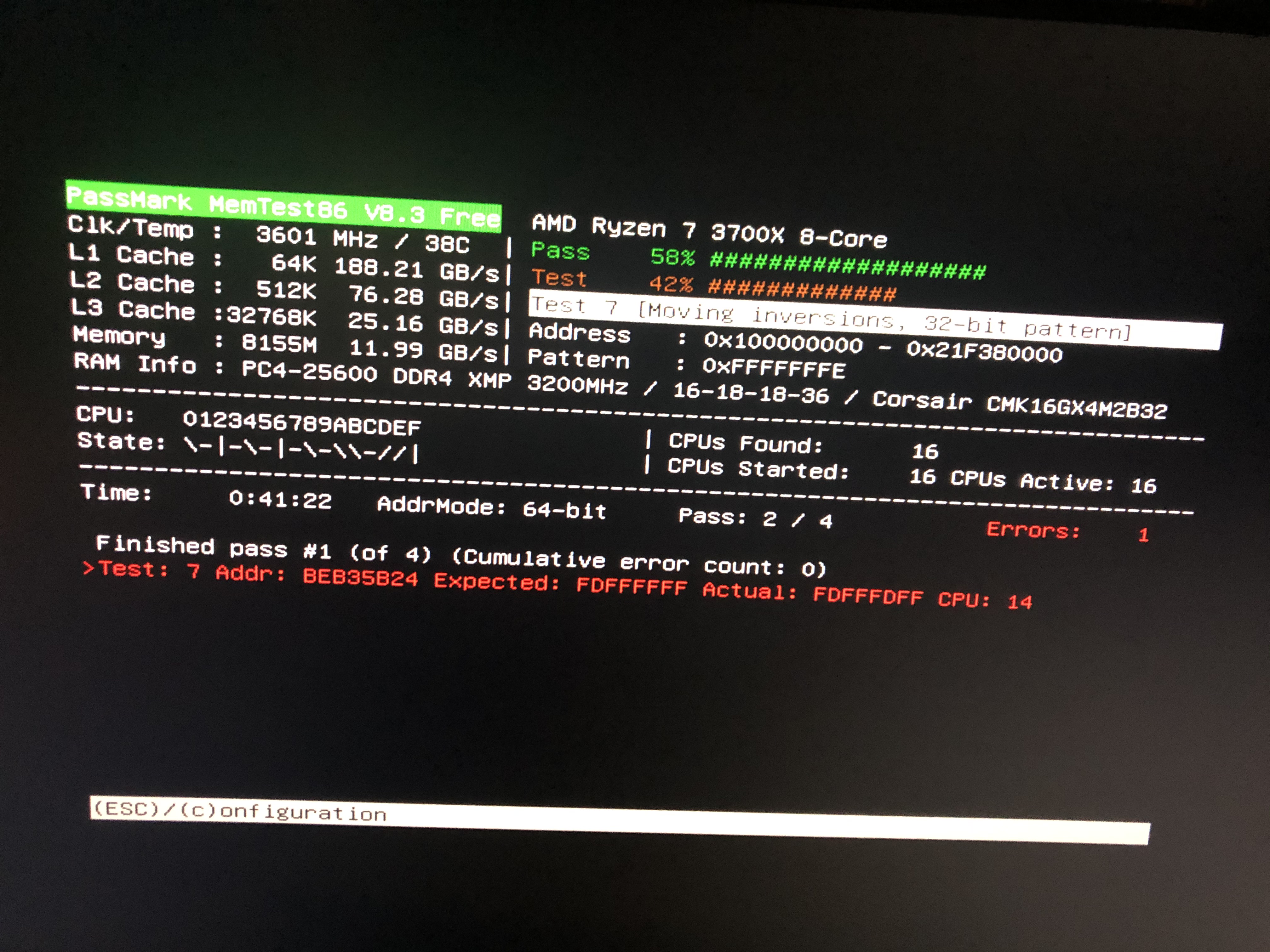