So I've been working on my cousins computer for a while and I can't figure out what the issue is. I'll run through everything that was happening, and everything I've done so far.

He said his computer one day just went into sleep mode and wouldn't wake up. It eventually got to the point where it wouldnt even power on. He bought a new PSU and that's where I got the system.

With the old PSU, pressing the power button did absolutely nothing. After I put in the new PSU, the machine was getting power; LEDs and fans turned on fine. But after about 15 seconds, the PSU fan would slow down and stop, still powering the system, and would not boot or display to anything. I tried each ram stick individually with no results. I bought an onboard speaker and hooked it up, but was not getting any beeps when there was no RAM. I deduced from that that it was likely the Mobo.

He got a slight mobo upgrade, and i went to breadboard the system. With only the cpu in and the board powered, I now got beeps for no ram. When i plug the RAM in, I get no beeps, but the system still does the same stuff: Powers LEDs and fans, then after about 15 seconds, the PSU fan slows to a halt. I left it on for a minute to see if it would boot to no avail. However, I did notice after this run time that the CPU was getting warmer, so it is getting power.

I've tried connecting the displays to two different GPUs and the onboard GPU. I've tried resetting the CMOS (and even replacing the CMOS in the old MoBo). Ive also went down the checklist on the "No POST" thread.

Any help or suggestions would be much appreciated. Also, do you guys think it was sound advice to get the new MoBo considering what I told you about the old one?
0

When you breadboard the system are you following your motherboards Recommended memory configurations by putting one stick of RAM in memory slot DIMM_A2? (the slot farthest away from the CPU) 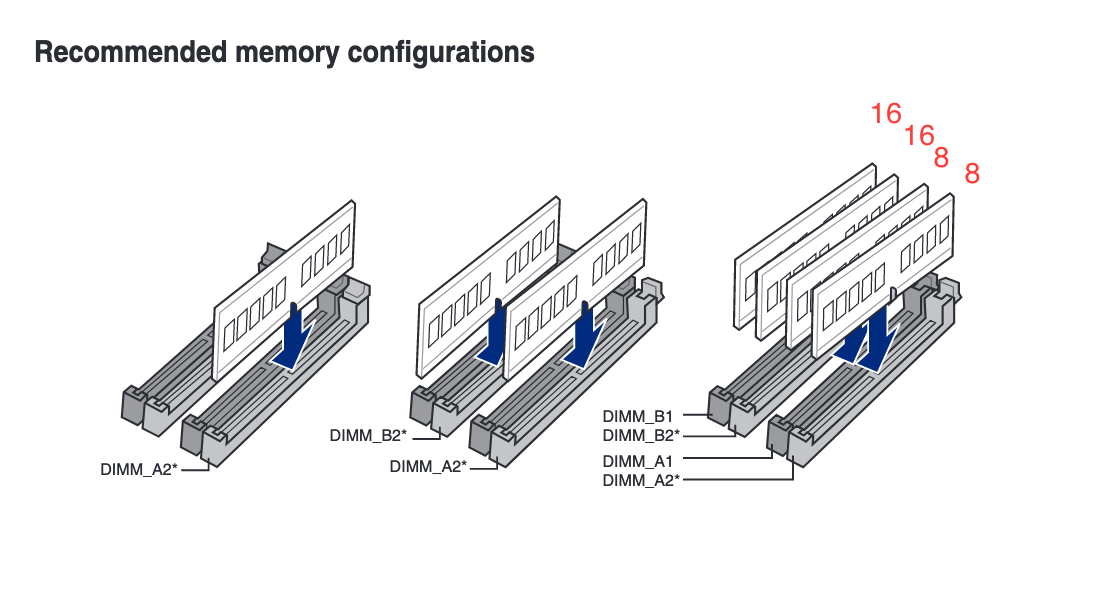 rocktalkrock said:
When you breadboard the system are you following your motherboards Recommended memory configurations by putting one stick of RAM in memory slot DIMM_A2? (the slot farthest away from the CPU)

I am. I've also tried the other slots out of desperation.
0

Please tell us what was the old PSU and the old motherboard.

A RM750X is a PSU that has the zero fan feature. The fan will spin when you start the system but the fan will stop and it will only spin if the PSU heats up. The fan will not spin under a certain temperature. So don't worry about the fan of the PSU not spinning. Most good PSU's will do that nowadays.
0
C

Good to know about the PSU.

The old Mobo was a B360m Xtreme. It was from a prebuilt by CyberpowerPC, and from what ive been told it is essentially a b360m pro4 equivalent.