Hello. Haven’t built PCs in about 10 years so bear with me and my lack of knowledge.

History: prebuilt, changed PSU, CPU, and graphics card later. Computer originally (before modification) had some overheating issues that had to be fixed. Later I changed to the chip, graphics card, and power supply seen below. If PC ever got too hot (during summer and running a heavy load etc) it would auto shut itself off until cool again.

Ok so... I power on the PC, all fans on, graphics card fans, PSU, case, etc. I hear no POST beeps, but I actually can’t recall ever hearing them on this PC, is that a thing? Anyways. I went through everything on the troubleshooting sticky. Removed motherboard cell to reset bios, tried a different graphics card, a different PSU, 3 monitors, HDMI and DVI, switched ram ports around, tried one ram, tried graphics in different PCI slots. I rubbed the case and told it I loved it, nothing has worked.

I did pull off the cpu heatsink as this was a problem before (in the past I burned away my thermal paste) and it looks like this time I probably used a little too much thermal paste, but it’s not on anything else, other than the heatsink and the top of cpu. But honestly it looks kind of toasted again, at least, it’s not solid strips of it, almost like it got squeezed out the sides.

Here are some photos, you can see the thermal paste squeezed out the sides then got mucked up with dust. 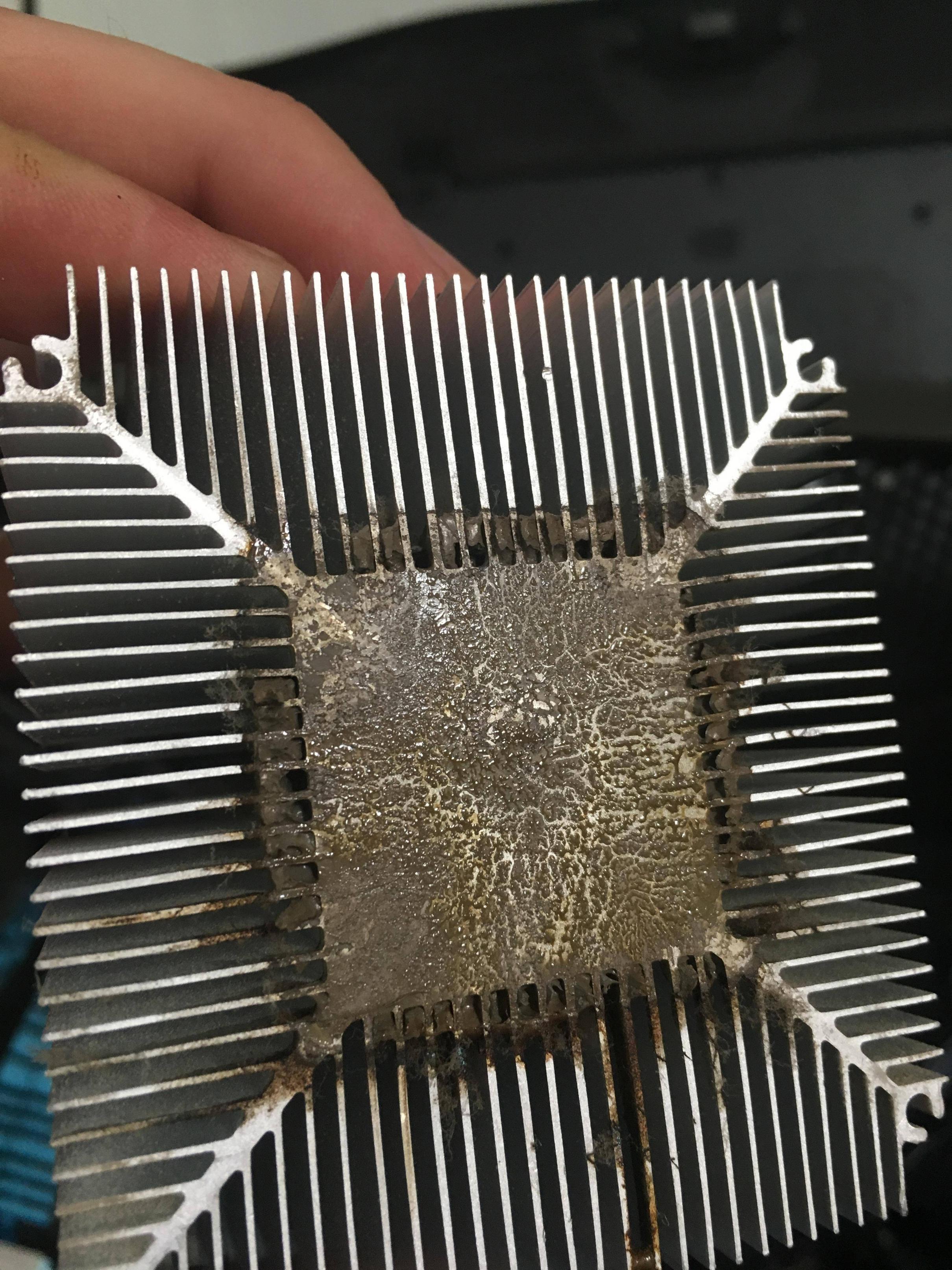 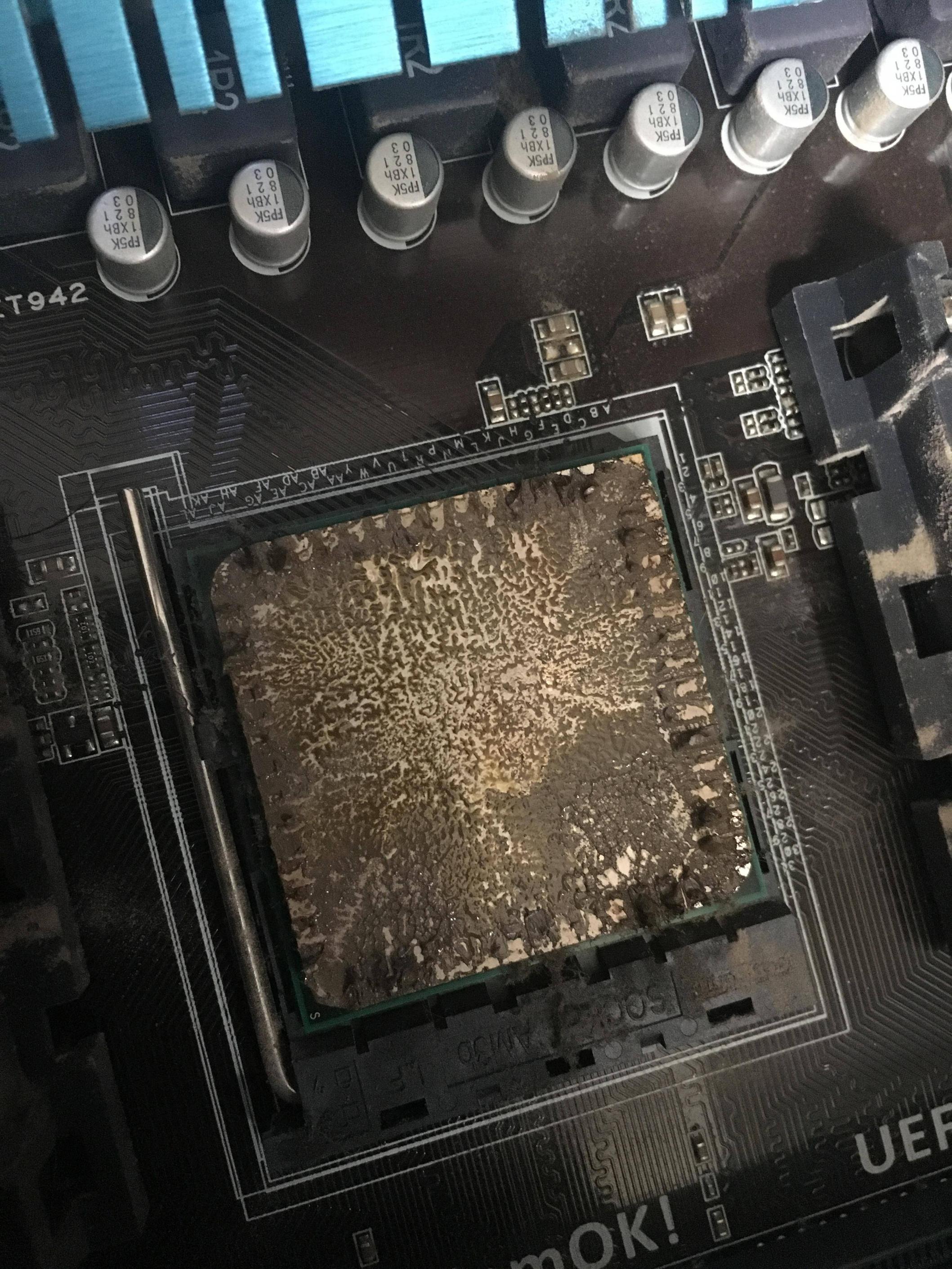 I'm thinking of upgrading this PC anyways to run some older video games at highest settings. So I'll probably just replace the motherboard and processor at least. Unless someone has some good ideas.
0
D

I just realize my motherboard has no bios speaker and no 4 pin speaker either. Well I will get one and I think that will help me troubleshoot a little bit better haha
0
D

No luck, I purchased 2 motherboard speakers, I have tried them both with varying configurations of RAM and no video card / no HD, I can't get a single beep or tone out of it. Next I am going to try and breadboard the PC, but I need to setup a better station to work on this first. Can anyone tell me the bare essential hardware I need connected to try and get some kind of POST beeps? Motherboard, CPU, PSU, and 1 stick of RAM that's it right?
You must log in or register to reply here.
Share:
Facebook Twitter Reddit Tumblr WhatsApp Email Link