I triple checked, the RAM position is correct for 2 sticks according to manual and they sit tight.
I tried a different GFX Card, an old GT720 card and it also does not send out any video signal, not even a bios screen.
When turning on, the GPU fans of the 3080 do not turn. It this a bad sign? or normal, because there is nothing happening that makes them work. but the card gets hot even though nothing is happening. the colorful LED display on it is lit. it is attached to 2 separate cables coming from the 12 pin PCIe socket turning into 8 cables per plug. Should I use just a single PCIe cable and plug it into both sockets on the card?
there is a red light permanantly on on the mobo below the CPU socket.

I had this whole setup running before, but with a 1070TI. Got a new CPU and had to get a new mobo to have a fitting socket for the new threadripper. This worked with the 1070TI too. now I had to give away that machine and have the mobo with the CPU left, I didn't even remove the CPU from the mobo, as I did build in a completely new mobo+CPU. Should I still check if the CPU is well seated even if it was working like that before and was not removed, not a scew around the CPU was touched, even less the CPU. Only the fan was removed. Does the red light indicate that?
It could be that the Mobo is broken, even though I was careful when removing and storing it. It is that the 2 gfx cards both have no signal that makes it curious. How can I check if the mobo is working correctly?
Thanks for all your help already 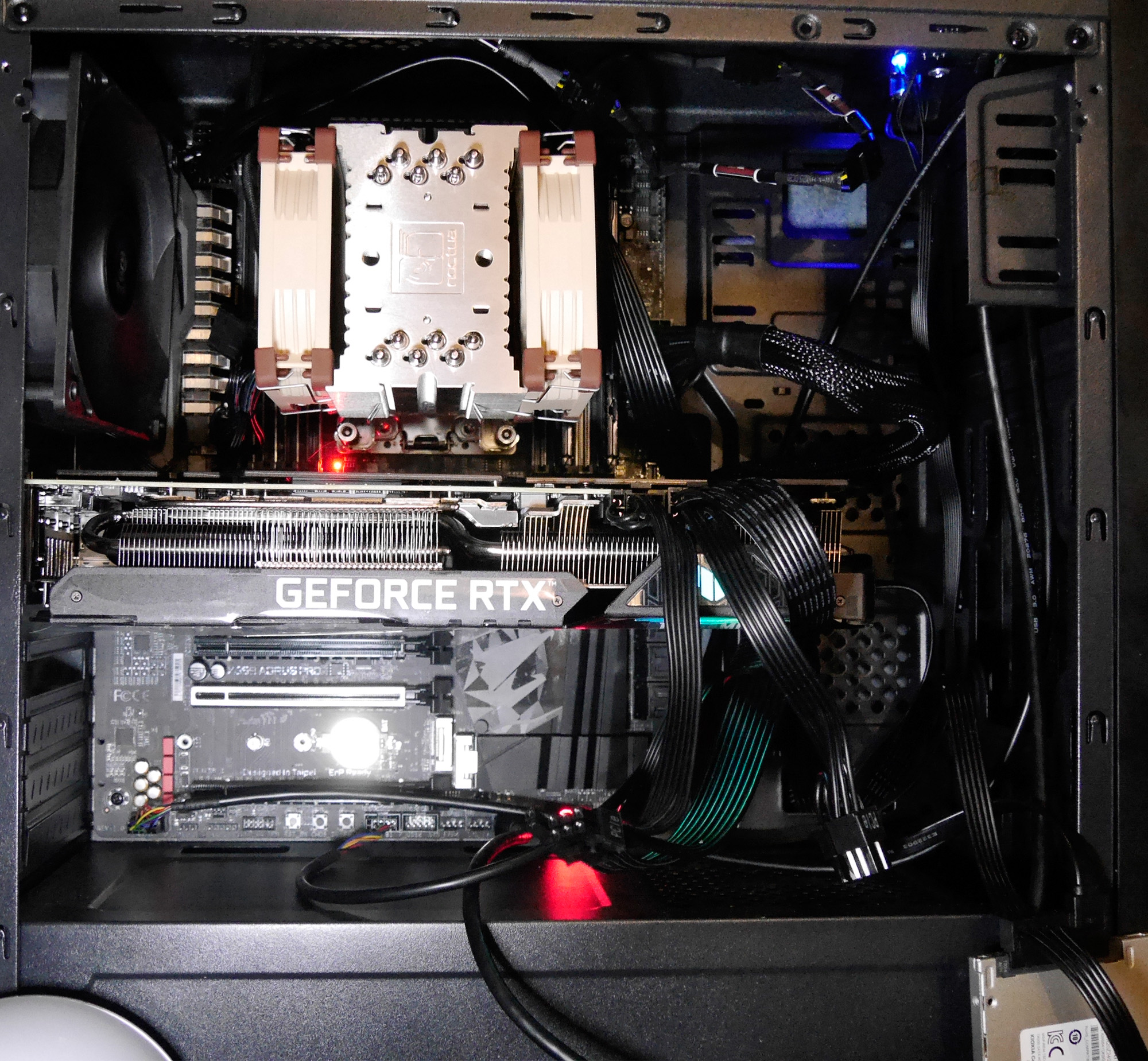