Question Notebook won't turn on if any fan is connnected

I own a Dell i13-5378-A30C notebook. For a few weeks I've noticed it was heating a lot (reaching almost 90ºC under stress). The CPU cooler was also making weird noises so I thought it was time to replace it.

When I installed the new one, I think I might have pushed the tiny connector a little to hard and damaged the plug. At first, the notebook would turn on with the new cooler but the fan wouldn't spin.

After a few minutes, my notebook won't turn on at all if a fan is connected. This happens with both the new and old fans. By not turning on I mean nothing at all happens when I press the power button.

What could be causing this? Is the plug damaged so badly that it prevents the motherboard for powering if anything is connected to it?

Any help is really appreciated.
0

Maybe the connector (on the fan or on the motherboard) is damaged and when connected, it creates a short-circuit.

You can use a magnifying glass to inspect the connectors.

lvt said:
Maybe the connector (on the fan or on the motherboard) is damaged and when connected, it creates a short-circuit.

You can use a magnifying glass to inspect the connectors.

Thanks for your reply.

The notebook decided to turn on now, with or without a fan connected. Could have been a short-circuit, but I'm not sure. I'm using it for short periods over one of those fan docking stations while I monitor the temperature.

After carefully inspecting the input with a magnifier glass and a flashlight, it turns out I managed to break all of the pins inside it.

I called Dell for support but they wanted to replace the whole motherboard because of the faulty input. That would set me back about $300 for a $2 connector. They said they don't do any sort of welding.

Is it common for notebook repair shops to weld components on a motherboard? I could really use someone who could do that for me.

Also, any suggestions of a workaround for this issue are appreciated. The motherboard doesn't have any other fan inputs, but maybe I could some kind of adaptar and connect it somewhere else.
0

Not sure how you break the connector, it's not the smallest connector on Earth though

I can think of some solutions :

1. Maybe a skilled technician could be able to fix it for an arranged fee if you can find one locally.

3. If the laptop can work without the fan connected, you can find an adapter to run the fan's cable to the outside of the laptop and use a 5V source (like the laptop's USB port). It's not an elegant solution but it could work. 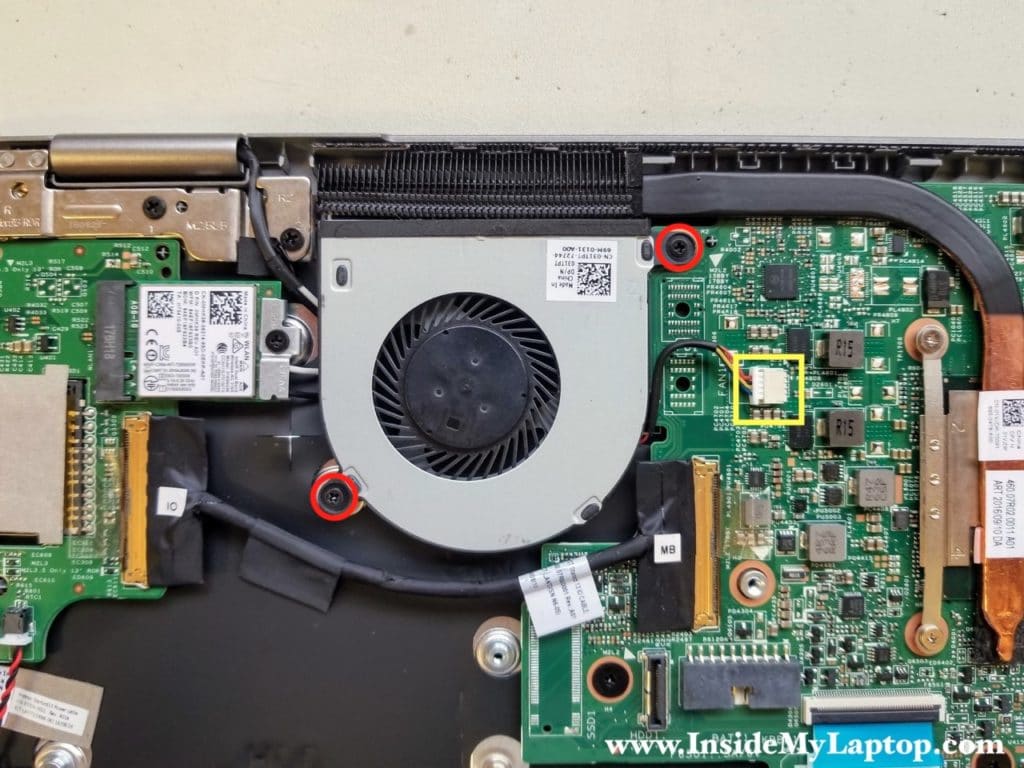