Is this the flagship RTX 4090 Ti "ADA lovelace" GPU cooler/heatsink ? But before continuing, as with all early leaks, treat this as a rumor for now, just in case this turns out to be fake (seems unlikely though).

With that being said, it appears that an alleged NVIDIA GeForce RTX 4090 Ti Founders Edition/FE graphics card cooler has been leaked out over at Chiphell Forums. The cooler might give us a very first look at the updated Founders Edition design being featured on the next-gen Ada Lovelace GPUs.

Recently, there have been reports that NVIDIA's GeForce RTX 40 series graphics card could launch as early as mid of July. This would suggest that we are just 2-3 months away from the first unveil of the next-gen lineup based on the Ada Lovelace graphics architecture. Poised to be both powerful & power-hungry, the GeForce RTX 40 series lineup is going to require some beefy cooling and it looks like NVIDIA is giving a major uplift to its existing Founders Edition design to meet the 450-600 Watt spec.

The alleged 'GeForce RTX 4090 Ti' pictures show us three different segments of the FE cooler. First up, we have the silver-colored metal skeleton that goes around the heatsink to give it a nice finish. Currently, the metal plate features a small logo of the card that it is equipped on.

The leaked plate suggests that it will probably go on the NVIDIA GeForce RTX 4090 Ti flagship graphics card. But, one thing to point out is that the positioning of this logo has been changed from right to left. This part will only be visible on the bottom side of the graphics card so it doesn't mean a lot where the label is positioned but from a marketing standpoint, it may look weird.

The part that's most interesting is the heatsink itself. It looks like NVIDIA is now going to utilize a bigger baseplate that will not only cool the GPU but the memory dies too. Currently, NVIDIA uses thermal pads to dissipate heat from the memory dies to the heatsink on its RTX 3090 and 3090 Ti Founders Edition graphics cards.

This new heatsink layout will allow NVIDIA to cool at least twelve GDDR6X memory chips. It is likely that the same configuration as the RTX 3090 Ti's PCB will be used here with 4 GDDR6 chips on the right/left side, three on the top, and 1 at the bottom. With NVIDIA expected to utilize higher-spec GDDR6X chips on its next-gen cards, the extra cooling will really be essential for the flagship AD102 parts.

Assuming that these leaked photos are real, NVIDIA would keep its dual-axial fan design, with two fans pointing in two different directions. Furthermore, with a quick glance one can notice that RTX 4090 heatsink has more fins than RTX 3090 Ti cooler. I think this GPU still retains the V-shaped PCB layout. 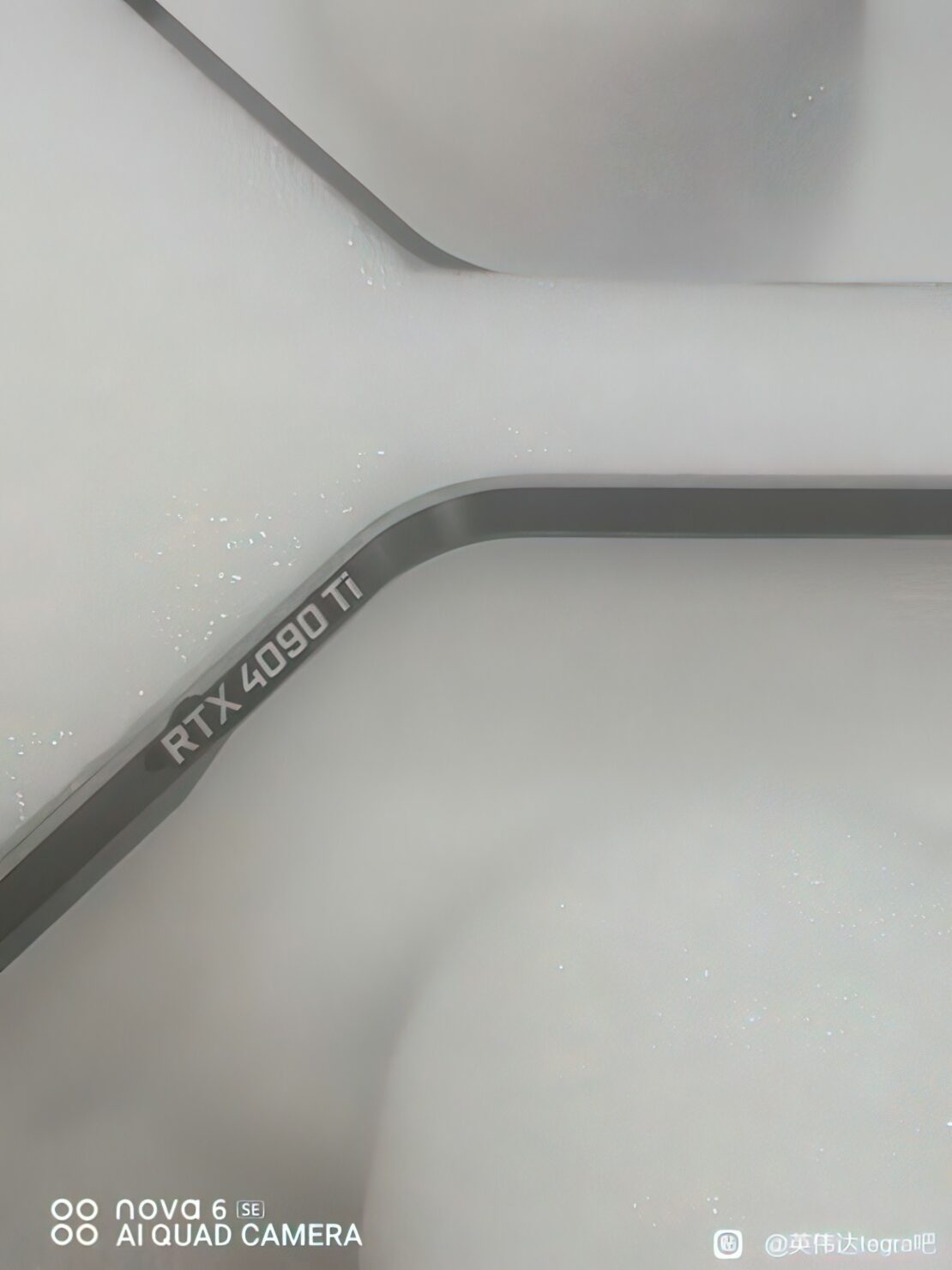 We can also see heat pipes leading from the main heatsink to the one on the back. The heat is going to be dissipated from the heatsink and out of the card through a similar flow-through cooling design as the existing FE cards. With that said, the card does look like it will be 3 or even 4 slots this time around. Now it remains to be seen if the RTX 4090 Ti cooler happens to leak out much earlier, or if it will be part of the lineup itself.

So far, there are only reports that the RTX 4090 will be first to market, with the flagship RTX 4090 Ti releasing later on.

This could be an early design for the 'Ti' cooler or it is likely that NVIDIA made a few prototype coolers and decided to go with the 'non-Ti' variant first. Again, this is an alleged photo of what might be the next-gen NVIDIA GeForce RTX 40 series cooling design, but we cannot say for sure so do treat it as a rumor for now.

well at least i will believe on the new cooler part.
0

Next-gen high-end GPUs are surely going to be very power hungry. That's why AIBs are going for triple fan cooling, or even hybrid cooling, and most of the cards are also of 3-4 slots wide. And I think a minimum of 1K Watt PSU will become the new norm at least in the enthusiast segment.

I thought with new gen since efficiency has been improved, but power consumption has gone through the roof, due to the chip also being large in size, along with transistors, GDDR6X memory modules, clock speeds etc.

As we saw with the GeForce RTX 3090 Ti, there are certain models that go beyond the 450W TBP (reference) and up to 516W (custom). The same is going to be the case with Ada Lovelace-based cards. And while this will require lots of cooling, it looks like AIBs are well and ready. We are likely going to see the use of more hybrid-styled GPU coolers rather than traditional air-coolers once we go above the 600W TBP limit. This will mark a 33% increase in TBP over the RTX 3090 Ti.
You must log in or register to reply here.
Share:
Facebook Twitter Reddit Tumblr WhatsApp Email Link