I have a brand new nvme drive I bought 3 days ago, installed the new NFS game it would either crash on the loading screen or during gameplay. After the crash, the game won't launch anymore and Samsung magician after a refresh the drive is gone. Windows can still see the nvme but repair scans don't work nor can even access any files on it either. This was a problem I was having on my EVO 970 plus just recently, I just RMA it and bought this new one for right now. I thought the nvme drive was the issue it looks like it is something else. The game was working fine on my 2.5 SSD (my boot drive). This problem also happens with cyberpunk 2077. Games only crash if installed on my nvme drive not my boot 2.5 SSD just to clarify. After rebooting, the drive is back and I can access my files it's only when I start playing a game on it that the game crashes.

The only thing that's kinda old on my computer is the PSU it's a corsair 750-watt semi-module which might be the issue but would love any other feedback.

At one point I replugged all my PSU cables to make sure they were seeded in correctly and any other cable connecter to the motherboard. I did have a decent gaming session on the nvme drive but now today I'm facing the same issue.
Last edited: Dec 9, 2022
0

how old is PSU?

it could also be bad luck and get a bad drive as a replacement.

windows can't make drive disappear so its either power or the drive itself.
have you tried both nvme slots?
0

Colif said:
how old is PSU?

it could also be bad luck and get a bad drive as a replacement.

windows can't make drive disappear so its either power or the drive itself.
have you tried both nvme slots?
Click to expand...

I was just looking up my PSU its a corsair CX 750 M but before is the grey text, it has green text on the side of it.

I would say a good 6 years on it since I bought it, the more I type this out the more I think it's a PSU problem now, and yes I have tried both slots same result.
1

they only have a 5 year warranty so its done well.

I would get a new one to match system.

green like this? link as the newer ones don't have green writing now.

Green Label CXM series PSUs aren't too bad unless you have a 750W model, but they're still pretty risky and people have had bad experiences with them. Gray labeled PSUs are basically just revamped to have better quality internals and parts and design, so it's more of an upgrade. If your CXM PSU has lasted this long, then that's a good thing. Many people have just had negative experiences with them, as some people have had their entire systems fried from a single old CXM model.
Click to expand... 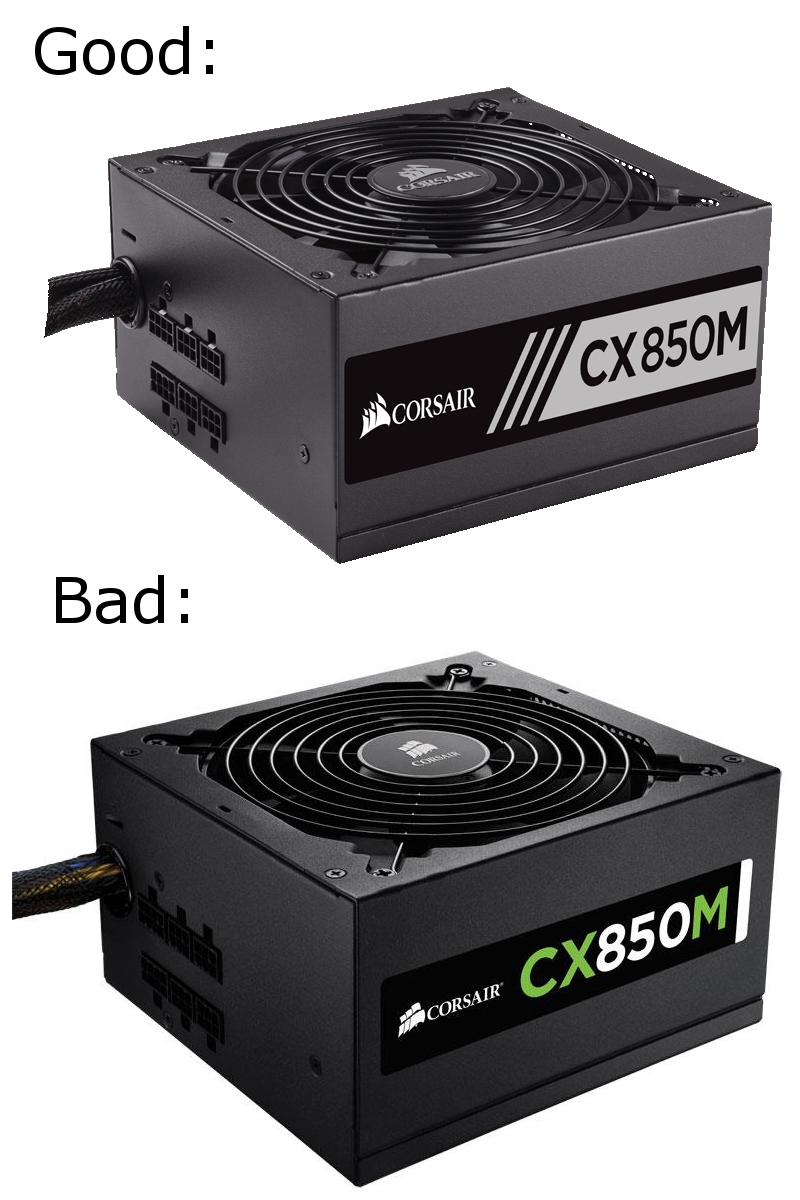 How many watts is good for future-proofing, just think if a 3080 to a 4070 or something like that.

Thanks for the replies.
1

you could use this and see what a 4080 needs - https://www.corsair.com/us/en/pc-builder/psu-finder/case
I wonder if it includes the 4080 yet, many of them don't.

Cool the best buy near me has an EVGA GT 850, might go pick it up later to see if this helps with the nvme drive.

Thanks for the help and for the quick responses.
0

i hope its not too late for the nvme..

disappearing nvme can also be just the drives. I wouldn't expect it to happen so fast.

You should be fine