I will be getting the NZXT case in a little over a week. I'll be swapping from a Corsair Carbide 100 that had been pretty modified to improve airflow. I've been playing with PC's for decades and understand the importance of case airflow. Best airflow case I had was a HAF 932 but it was huge and getting old.


The modding done to the Corsair 100R was to improve the airflow due to being shoved into a PC desk cubby. Wasn't happy with the wife when she surprised me with a new PC desk, that she wanted not me.

Re-arranging things and I will be pulling the PC out of the cubby so the pc can breathe again when I make the switch to the NZXT case.

I like the looks of the NZXT and it has fairly good reviews at a good price point. I understand it's a negative pressure case and have seen the testing on-line and the disturbance of the natural convection if you install fans on the front of the case. It is designed to only use the exhaust fans at the top and back of the case. I get it.

When I look at build pics with the 500H, a large air cooler typically prevents the top exhaust fan from being installed as it is too close to the cpu cooler.

And when people use an AIO they place it on the front intake. I currently have a Corsair H60.

I have a 3800x and 2070S so it generates some heat. I have the Corsair 100R case in a cubby where the gpu doesn't exceed 64C and the CPU 72C when pushed extremely hard. So pretty decent considering.

Does anyone have any experience running an AIO in this case? If using an air cooler that prevents the top exhaust fan from being installed, does this also increase the case temperatures?

Anyone place a 120mm AIO at the rear exhaust and use a 140mm top exhaust fan?

I don't have experience running an AIO in this chassis, but I have built in one nonetheless.
The negative pressure airflow for this chassis mainly applies to air cooling. Once you add the larger 240 and 280mm liquid coolers to the mix, things change.
Since you just have a 120mm AIO, you can keep to the negative pressure orientation by positioning the H60 as either rear or top exhaust.
Save the front for liquid cooling your gpu with a Kraken G12 - if you ever decide to go that route.

This chassis isn't terrible for cooling at all; some people just tend to do it wrong.
Save the front for liquid cooling the 'hottest' component between the cpu and gpu - users, by default, go straight to tossing it on the cpu.
There aren't too many mainstream cpus that exceed 200w output under normal conditions. Gpus, on the other hand...

Well, that's all what I would do in there.


GarrettL said:
If using an air cooler that prevents the top exhaust fan from being installed...
Click to expand... 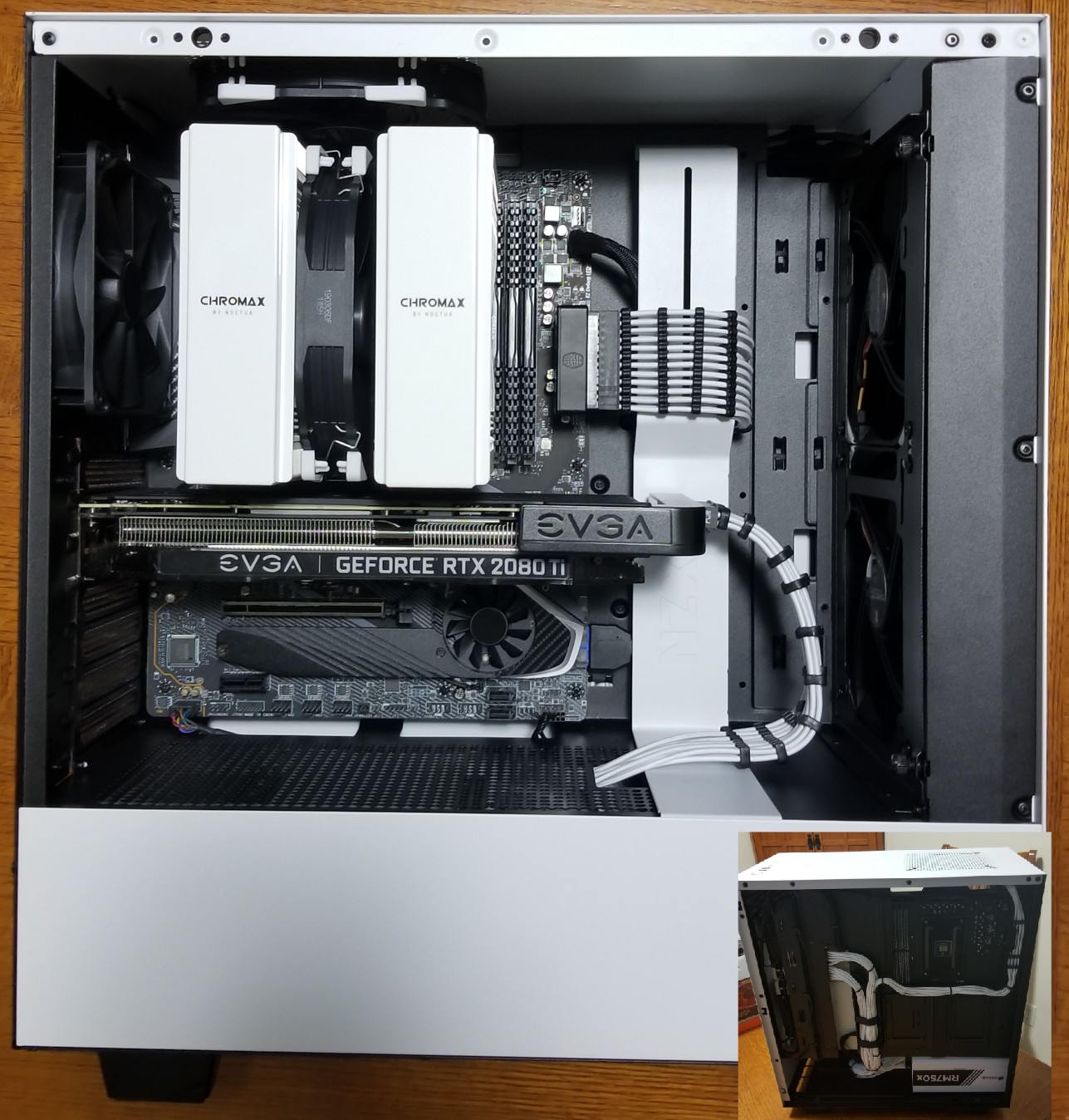 That's an NH-D15 in there. The 2nd NF-A15 fan is up there at the top.
Why the user has it as top intake is beyond me...
You must log in or register to reply here.
Share:
Facebook Twitter Reddit Tumblr WhatsApp Email Link