I know this may seem a bit out of date, with the RTX 2080 Ti's already being out... But I currently have a EVGA GTX 1080 Classified which my pride and joy... But it has been running really warm since I bought it and EVGA won't do anything because "It's within specifications". The temps are 75°c-82°c while gaming, 88°c during HeavenBenchmark and 92°c during Furmark. (Ambient temperature is 20°c) When I do the synthetic benchmarks, I have all fans running at 100%. My case is a NZXT S340 Elite with 2x SP140 for intake and 2x AF120 for exhaust. I will have them running at 100% as well as the GPU and CPU (Via 212 Evo in Push/Pull).

I've currently got a medium OC on my card already (+100MHz core, +250MHz Memory) and it will boost to 2075MHz while gaming and 2050MHZ or lower during HeavenBenchmark. My problem is, I know it will run faster with cooler temperatures because when I start HeavenBenchmark, it will jump to 2150MHz without crashing but because of the rising temps, that falls to 2050MHz or lower. Also, I do have voltage, temperature and power limits maxed in MSI Afterburner (My GPU has weird issues with EVGA XOC) as well as a heavy custom-fan curve. I also have the GPU in the Classified BIOS, which "should" boost the power limit to 130%. Don't know if it does.

I've now come to the conclusion that I want to change the cooler. I have already changed the thermal paste twice with Arctic MX-4 but this made no difference in temperatures. I've thought about doing a custom loop specifically for the GPU, but there are no officially supported blocks that I am aware of, and although the 780 Classified will fit, I do not have the money for all the water cooling parts. I also don't have the confidence to water cool, especially when my £500 GPU is at stake.

So, I have come to the conclusion the next best thing I can think of is to with the NZXT G12. Only issue with this, I don't know if it is supported, being the 1080 Classified is extra wide because of that 14+3 power phase. If I were to buy the G12, I only have a few questions... Which AIO would be the best fit? I am after a 140mm so I can still use my SP140s I use for intake. Also, how am I meant to cool the memory and VRMs? I'm assuming I get some thermal pads and use some small copper heat sinks, but would that be enough? I know it is going to have active cooling with the fan that comes with the G12 (I'll be swapping that for a Noctua one anyway) but I am wondering, will it be enough cooling for them?

If you guys could lend me ANY advise, I'll very highly appreciate it.
Thank you!
0

While the Classified is a custom PCB, it shares enough similarity that the G12 should work just fine. 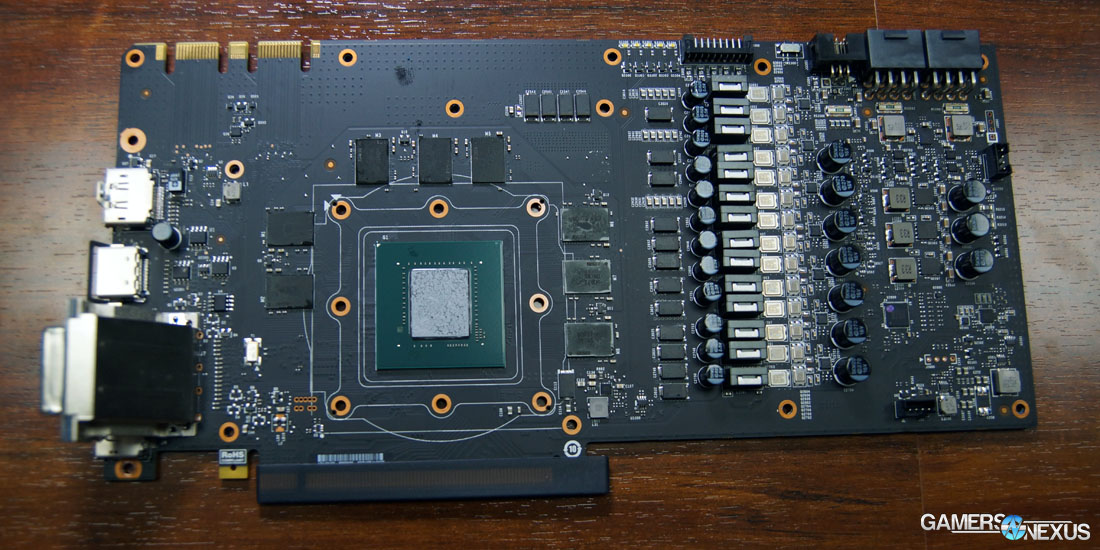 
The active cooling from the fan should be enough for the power delivery etc, and the memory did actually work out cooler from the active airflow and not sharing the heatsink...
View: https://youtu.be/a7r_2rE1yro?t=538
0

Shame that wasn't a Classified card though... I'm also in the same boat as Jay... I also would like to keep my backplate too... But I don't own a dremal...