Hey I rememebr finding some forums somewhere a few years or so ago about using the custom Smart Profiles in AMD Overdrive, but I either overlooked it or just can't plain find out in my google history where I found them at. Haven't used the software in a while because the customer support for it wasn't all that great, and it's now discontinued. But...I decided I don't think I want to have my pc overclocked all the time, just for certain things, mainly games, don't really want it for audio/video editing. The forum briefly listed what options he chose and sorta explained about whatever he did involving this pic was to make a game run at dual/multi core or dual/multi thread level, or something vaguely like that, I don't rememeber. Basically, I just want to kick up my cpu from 3.5Ghz to 3.8-4.0 with just changing the multiplier and voltage. This is what is shown for a blank custom profile (I still dont get how to make or load an existing profile from .xml or whatev): 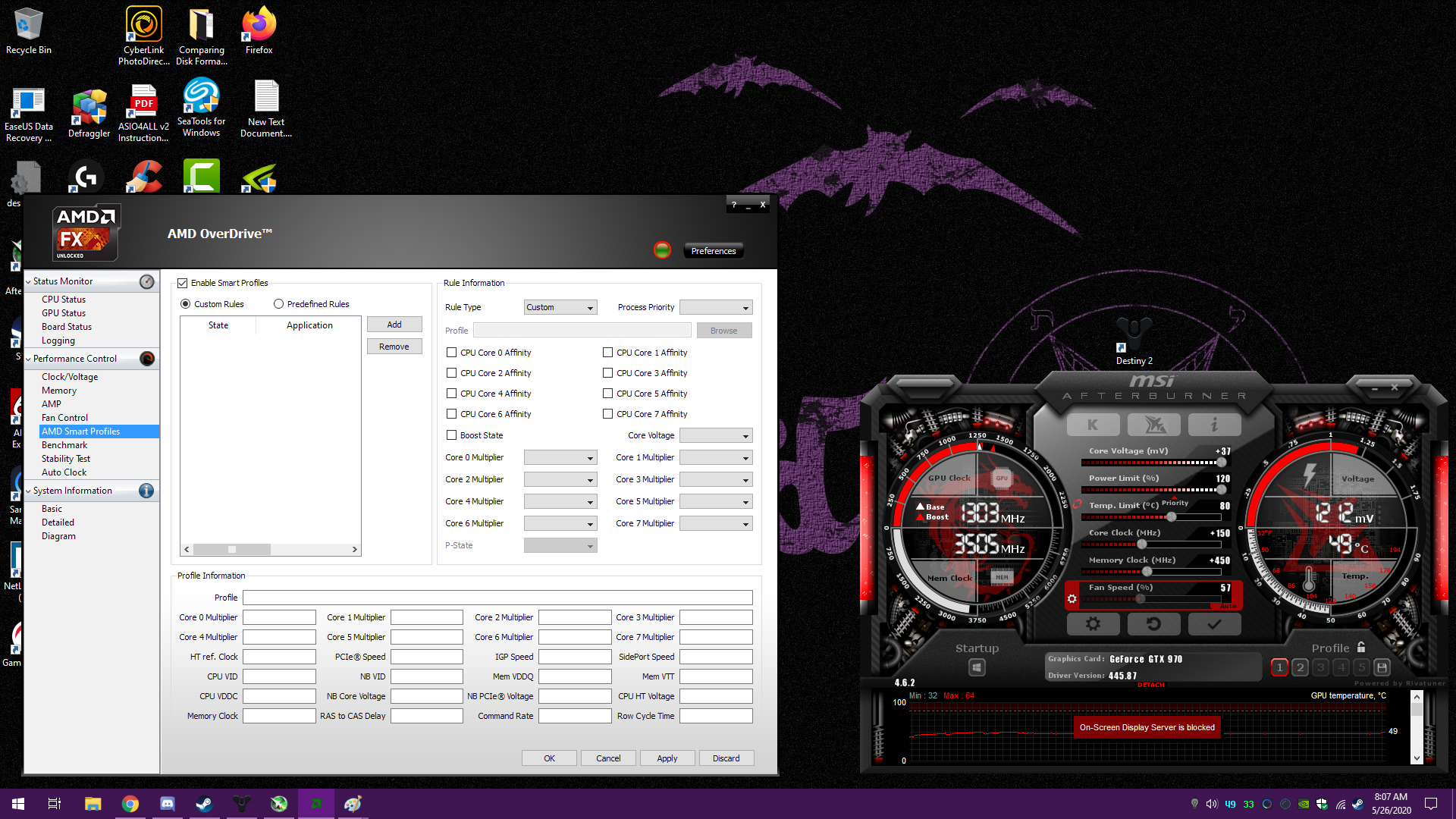 There's also 2 other Rule Types, Profile, where you load from an .xml file, and P-State, which I guess lets you set the power-state after running the specified program, don't think that's something I'd want to mess with, it's unknown to me. The stuff at the bottom can't be changed when under Custom, just the Priority, Boost Scale, Core Affinities, Voltage, and Multipliers. I recall the forum post I saw only changed a few of the Core Multipliers, I don't remember. But anyways, any (good) way to go about doing an overclock on-demand with this? If I were to guess, I would think maybe something like this: 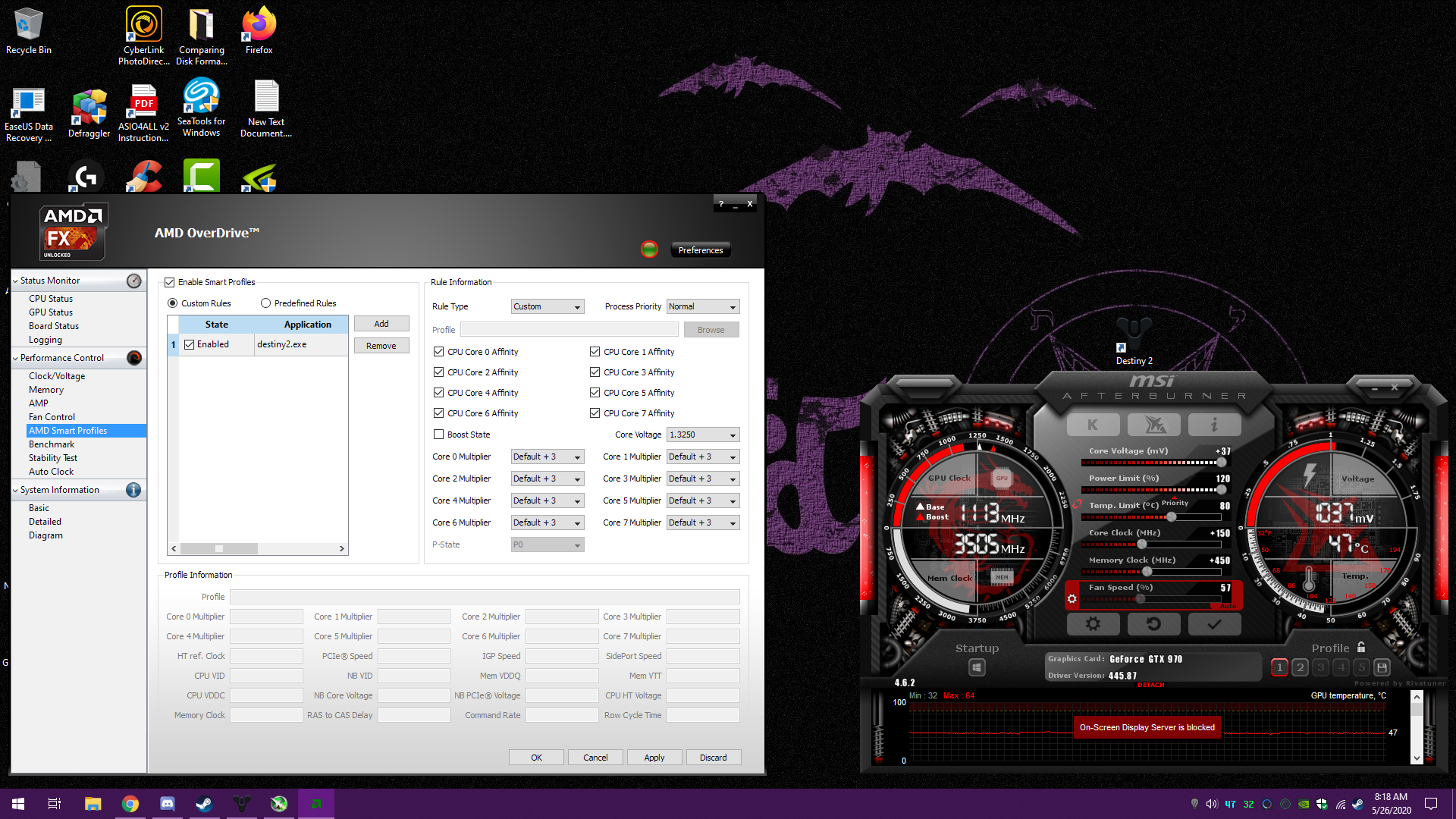 Where my default multiplier in bios is 17.5, 20.0 puts me at 4ghz, and 1.3 is the core voltage, so figure somewhere around 1.3625-1.4 or so, i can always test on that.
You must log in or register to reply here.
Share:
Facebook Twitter Reddit Tumblr WhatsApp Email Link