HDPLEX has announced the second generation of its H5 HTPC case. The fanless design incorporates heatsinks integrated into the sides of the case, and a brushed aluminum face making it look at home in an A/V cabinet.

This looks pretty nice actually; I'm currently using an Akasa Euler passively cooled case for a Mini-ITX system; it's smaller since it has no space for a graphics card, and I currently have it passively cooling a 45W i7-4770T, which actually runs extremely well, so I'm not certain of the need to go as high as 95W really, especially with Skylake being even more efficient still.


My main concern though would be the internal temperature; in my system I originally wanted to use an mSATA SSD, but I had to abandon it in favour of a metal-cased 2.5" SSD of the same type, as the temperature inside the case simply got too high for the mSATA drive (forcing it to throttle down to about 2mb/sec read/write!). This case looks to have the same kind of tiny side-vents that the Euler has, so I'm not sure how much stock I'd put in its ability to keep everything cool, but that said, the Euler uses almost the entire surface area of its case, not just the sides.

Also regarding the GPU, how compatible is that block really going to be? Coolers for GPUs usually try to cool more than just the actual processor, as the memory can also get pretty hot. I suppose it'd be fine for lower-powered GPUs, and you'd still have separate GPU and CPU memory which is a big advantage over integrated graphics, but I'm not sure you'd get much out of higher end cards like the R9 Nano.

Dimensions of the case would be nice.
P

JQB45 :
Dimensions of the case would be nice.

looks dope wish I got this instead of my silverlake
F

I hardly ever comment on articles, but this looks awesome. This is perfect for an HTPC case with a TV tuner card and a low power GPU
D

Man, I'm half tempted to make a build with one of these just so I can whore it off to the console guys saying their systems are smaller and sleeker. Sure it might cost more, but it'd be silent, more functional as a media box, and more than twice as fast
B

HDPLEX makes really great cases and their power supplies are ideal for audiophiles that want low-noise.

The heat sinks on the side of the case can be used for Mosfets or other applications as well, perfect for installing your power supply or amplifier on. I found this picture on a German website: 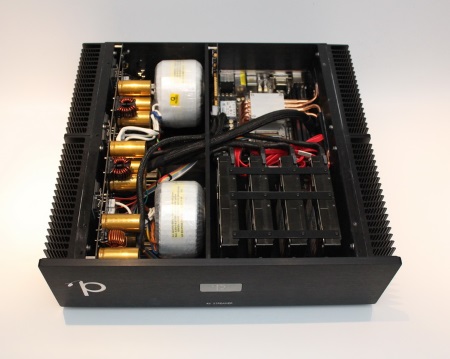 I hardly ever comment on articles, but this looks awesome. This is perfect for an HTPC case with a TV tuner card and a low power GPU
Click to expand...

Get a SiliconDust Prime instead of a tuner card. Has 3 built in tuners, cable card and is connected to via ethernet. I've got 2 of them (the wifey records/watches a lot shows!).
J

I have a completely passive mini-itx PC and I have a HTPC with an i5 and a Noctua heatsink, Sapphire Toxic r9 270x that gets stressed out by madVR, and noctua case fans. While you can't hear the passive PC, you also can't hear the HTPC at just a foot away and it runs cooler. Just set it up properly and it'll be just as quiet as a passive PC, in a home theater environment you'll never hear it.