Hello,
Is my gpu dead ? See screenshots links at the bottom. I have no display. I did a DDU in safe mode to remove any previous driver, using integrated graphics.
I try nvflash to restore the bios 86.07.22.00.87 I could find : https://www.techpowerup.com/vgabios/187597/palit-gtx1050ti-4096-161012
I can see the bios information in nvflash but not on gpuz (before install drivers). Is this normal ?

Do you think the vbios is OK ?
Any idead how to diagnose the problem ? Not sure where to start.

I also tried a usb linux call hiveOS, as I suspect the card was used for mining. I see the card but with a red cross, so there is a problem.

I was thinking to reset the overclocking if any, but can't see the device in MSI afterburner.

Is there a way to flash from usb stick ? Or is there a benchmark / test tool to check where is the problem coming from ? 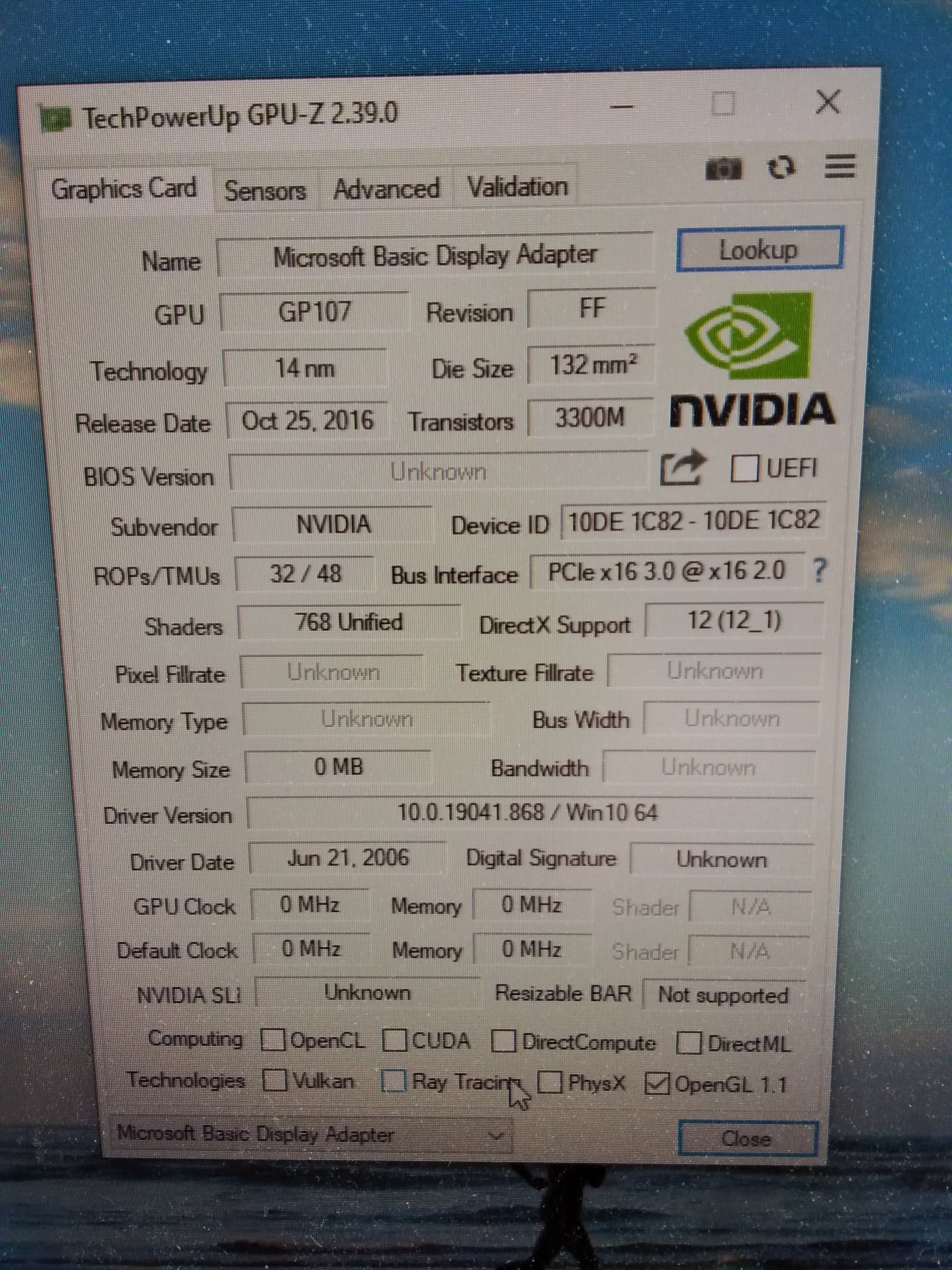 If Bios, Driver and Windows are good, with recommended PSU, then you should check this GPU on another system.
Also make sure that RAMs are seated properly and are fine, and slots are also dust free.
Also mention you Monitor and PSU specs...
0