anjris said:
Will it provide better thermal than MB511?
Click to expand...

I need to try a different approach to this...
Your 9700K isn't thermal throttling, and unlike a Ryzen 3000 cpu, it's boost clocks aren't affected by thermals, so why the push for better thermals?
Your 2080 isn't thermal throttling either, but it's boost clocks are affected by power and thermal headroom, but it's not like you'll magically gain 50fps dropping from 75C to 60C... so why the push?

IMO, NO, you don't need to change anything. But if you really, REALLY, want to do it anyway...
To get some of the lowest possible gpu thermals on air, then going by some of the chassis reviews Gamers' Nexus has done than the first 10 on these lists:
[These are out of the box thermals, and those measurements are done in deltaT over ambient, it's not the exact temp, BTW] 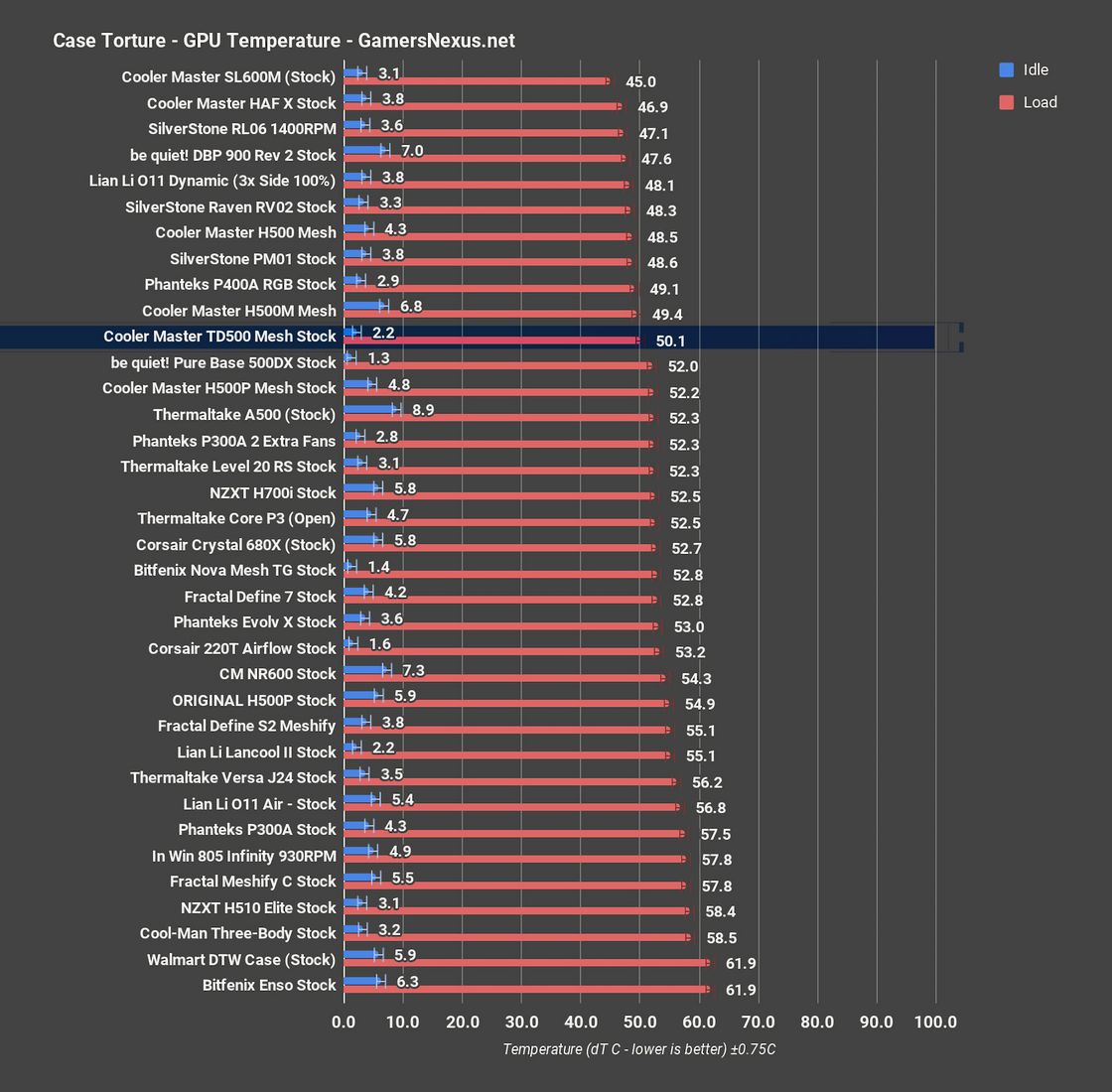 https://www.gamersnexus.net/images/media/2020/antec-p120/4_antec-p120-gpu_all.png
I posted 2 lists, because they've done so many chassis tests that they can't post them all. The first 10 are all you really need to take note of.
0

Laws of diminishing returns. Add to that that it's impossible to cool something by mechanical means below ambient air temps. What that means is that as you start approaching the ambient air temps inside the case compared to outside, you'll get less.

Heavy gaming, you are dumping @ 400w or better worth of heat into the case. That's a given. It's going to run the case ambient @ 3°C at best above outside ambients. There's no way around that without using liquid cooling and having the rads dump the heat directly outside the case.

You'll get high temps with 1 fan, adding exhaust will cut that significantly, doubling up on both doesn't double up on temps, if you dropped 20°C by adding the second fan, 4 fans might see 5°C more. Adding more fans sees less and less until you are @ 3-5°C above ambient and that's where you'll stay.

So changing cases isn't really going to do anything, you'll get better results dropping the ambient temp, turn down the AC. Even then, you'll still run into minimum values, 400w isn't exactly low amounts of thermal energy.
Reactions: anjris and Phaaze88
0