Hello mates,
Not sure where to ask, please help.
I enter to a game by steam and PC freeze, can't do nothing. no keyboard no mouse... all dead without error just freeze and stuck forever just manual case restart "help"...
I used WhoCrashed and found this:

Crash dumps are enabled on your computer.


One crash dump has been found and analyzed. No offending third party drivers have been found. Consider using WhoCrashed Professional which offers more detailed analysis using symbol resolution. Also configuring your system to produce a full memory dump may help you.

Read the suggestions displayed in the bugcheck analysis above.

I clicked on WIN32K thing and sent me to:

how do I fix it? my pc dead? how....
Thanks for help dear ppl I assume is memory thing so posted here, please help
if need more info please tell, is happens when try to enter to steam games.
Graphical issue?

Do I need another software maybe?
https://www.resplendence.com/downloads
0

full system spec? include brand and model of the psu
0

rgd1101 said:
full system spec? include brand and model of the psu
Click to expand...

do you think graphical update can cause it? using old one cuz the newest one make FPS bad I don't know what they installing in those bad updates.
can't open NVIDIA control panel just the NVIDIA GeForce Experience.
is worked perfect yesterday morning and now... all dead somehow.

also adds:
my second monitor display die as well, all stuck and nothing moves.
even the clock... stuck
I don't know how and why is came from no where, hope there is a solution for this.

Lots of Thanks again for help.
0

Hello mates, hope checking about this nightmare crash.
do I need to use any of the tools the program provide?

not sure where to advance\ how to fix... need more info?
help please, Thanks in advance.
0

It would help if you can manage to give some structurally sensible information, like

Grobe said:
It would help if you can manage to give some structurally sensible information, like

The store build it, They said was an old SSD who cut off the power. I had to buy new one from the store, the newer one fixed the cut off power.
is was build\assembled back in end of 2017
not all parts was put together, the GPU bought 3 month before the actuall new PC build (memory, motherboard, power supply, case, fans etc...)
and one of the HDD not was new, been used like 4 years before New (this) PC builded.
I added one new HDD about 1-2 years, and a new fan. (wanted more storage and kind of heat thing I thought at the time).

not installed OS recently but tried system restore cuz I don't know why Nvidia Geforce experience installed new un-wanted GPU update by itself, had to install manually the older update (found by net),
somehow the PC said 'failed to restore' please turn back, so clicked back and was seems fine after manual installing the older GPU update, games worked well as well.
using Avira AV, I did a search yesterday and is found 2 weird thing.. why weird? cuz I had them in PC at other storage like 4-5 years yearlier...
is found:
HEUR/AGEN.1239505
and
PUA/SearchProtect.AF

again those 2 files was in pc long before this found, not sure if false positive but they in Quarantine now.
Thanks for the questions hope this answers of my info can help.
can be HDD issue\ SSD ?
Use one of the tools above to help check stuff?

I scare to enter the games make this crash happening. so sad. not fun :|
Try enter the games again?
Do another scan by different software?
Thanks for help ask more if need.
Last edited: Aug 29, 2022
0

Ok, sadly still not enough info to suggest what the culprit can be.


tomy_12 said:
not all parts was put together, the GPU bought 3 month before the actuall new PC build (memory, motherboard, power supply, case, fans etc...)
and one of the HDD not was new, been used like 4 years before New (this) PC builded.
Click to expand...

Ok, this is confusing. Did the store build it only partially? Seems like you're talking about one and a half computer.
0

Grobe said:
Ok, sadly still not enough info to suggest what the culprit can be.

Ok, this is confusing. Did the store build it only partially? Seems like you're talking about one and a half computer.
Click to expand...

The store build A fresh New Motherboard, New Memory, New Power supply, New Cpu and New Cpu cooler and 1 New case fan and all that was Build on a New Case.
what I bring from older computer was an SSD that had to replace by newer one that the PC company build so 1+ fresh New SSD to the list above (using it now),
Parts from older PC was 1 HDD and 1 GPU.
kind of half pc if you tell me, I assume this info can help.

the crash itself said is:
are my GPU failed or is HDD issue I need additional tool to check?
is new GPU can solve this issue?
some of the games installed on the old HDD.
Not sure what to do, just said all I know about this pc story before this crash came.
enter to a crash game to check if crash again?

I manage to enter to the 2 crashing games I encountered, any idea why the crash happened in the first place?
is can return I know... but how can avoid it? what conflict with who...
safe to remove the 'Minidump' file now? 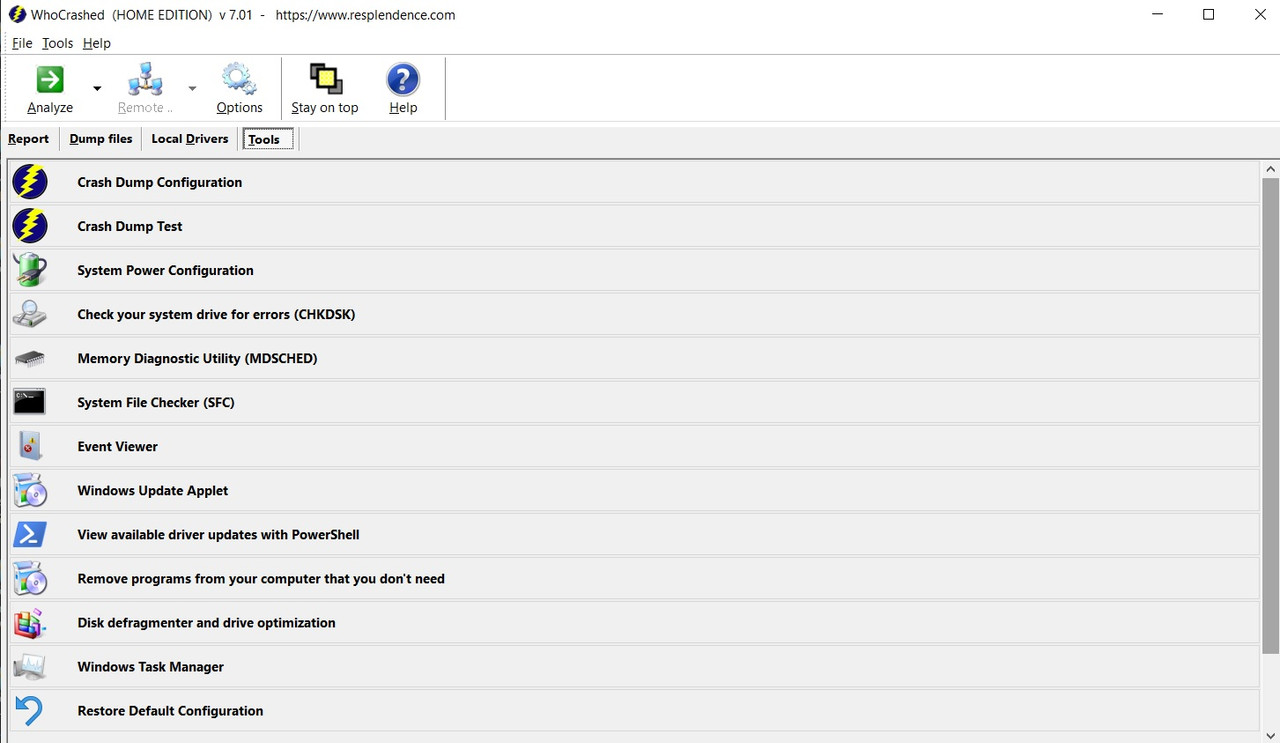 Can tell me please if need \ Recommend to check with 1 or 2 of the tools above?
Answer to my questions above this comment please if can.

Thank you for support.
0

hey, new crash just leaving it here at my post.