Previous Next Sort by votes
D

I often use my computer to run long-lasting tasks over night. Because of that, power saving mode is disabled on my system, but it is configured to turn off the screens after being idle for 20 minutes.
About one year ago, I noticed a strange issue where my PC failed to operate correctly after comming back from screen-off-mode to screen-on-mode. Here is the issue:
WhenI come back to my PC, I move the mouse or press some keys to tell Windows to turn on the screens again. This always works, i.e. I can see my Desktop and open programms, but Windows is frozen and no longer responds to anything. I cannot move the cursor nor can I use any keyboard inputs to do anything. Only a hard-reset will do the job.

Back then, this issue happened randomly and only in some rare cases, i.e. most of the time the computer comes back to work normally. Over time, the frequency of this problem increased more and more. As of today, being frozen after the screens turned off is the rule rather than the exception. Since it became very annoying, I tried to dig into the problem, but was unable to find a solution yet.

First of all, here is the Hardware I use:
Now here is a list of things I tried to resolve the problem.

1. GPU Drivers
I update my display drivers on a regular basis. Since I first encountered the issue, I have installed several different display drivers. This never seemed to have an impact.

2. Windows 10 reinstallation
I thought that the problem might be caused by Windows itsel. So I first tried to repair the system by searching for damaged files and then also tried a complete reinstallation of the Windows Operating System. The problem continued to exist after reinstalling Windows, so this was also not the cause.

3. Turn off screen saver
Also did not solve the problem. The PC randomly freezes no matter if the screen saver is turned on or off.

4. Turn off fast boot
Probably unrelated to the problem, but I disabled it anyway since it is known to cause many troubles.

5. Testing under which conditions the PC freezes
I thouth that the freezes might be caused by heavy computations or only when a specific software is running. However, I could not link the problem to any specific task. For example, I could observe the freezing while the PC was running heavy computations, while being completely idle, or while doing downloads in the background. Any attempt to deterministically force the freezing problem has failed so far.

6. Monitoring system temperature
Maybe overheating is the problem? I monitor and control my cooling system using a software called aquasuite, which also allows me to log temperature values. When the freezes happen, I cannot see any cooling issues (temperatures mostly stay below 40°C).

Other things worth mentionning
So that's anything I know about the problem. I do not know the cause of it (except that it only ever happens after the screens were turned off) so I just posted it here in this Windows 10 sub-forum.
Thanks to anyone who has an idea how to address this problem.
0

All it does is looks at drivers installed; it won't install any (this is intentional as 3rd party driver updaters often get it wrong)

When you run it, go into view tab and set it to hide all Microsoft drivers, will make list shorter.

Now its up to you, you can look through the drivers and try to find old drivers, or you can take a screenshot from (and including)Driver name to (and including)Creation date.

upload it to an image sharing website and show link here

All I would do is look at driver versions (or dates if you lucky to have any) to see what might have newer versions.

What make/model ssd/hdd/nvme do you have?
0
D

Thank you for your response.


Colif said:
Now its up to you, you can look through the drivers and try to find old drivers, or you can take a screenshot from (and including)Driver name to (and including)Creation date.
Click to expand...

Here is a screenshot of DriverView, sorted by "Modified Date":

To be honest, I do not know what to look for specifically.

What make/model ssd/hdd/nvme do you have?
Click to expand...

There are three drives in my system:

Wonder if that frozen thing happens in safe mode, maybe tell me if it is a driver I am looking for or not. If its happening after a reinstall its likely not a driver unless you really unlucky

what are other parts? PSU? anything else?

what is Nomachine USB hub?
I normally just look for older drivers.
Do you have a Blue Yeti microphone? (not suggesting its problem, I just see a driver i recognised)

I wish I had as many creation dates on my driver listing as you do. That is what makes working out driver age easier.
0
D

Thank you for your assistance.

Wonder if that frozen thing happens in safe mode
Click to expand...

I will need some time to test that. I will report the results once they are available.

what are other parts? PSU? anything else?
Click to expand...

Other components in my computer include:

NoMachine is a software to remote control computers (similar to e.g. Team Viewer) that I use to log into my workplace computer. This software supports sharing of hardware (you know, USB flash drives, keyboards, etc.). So I suppose I comes with its own set of standard drivers?

Do you have a Blue Yeti microphone?
Click to expand...

No I don't. But I had a microphone from the brand Blue in the past. More precisely, it was a Blue Snowball microphone, a plug&play USB microphone (did not require third party drivers).
0

nomachine - yes, i saw its drivers.
Blue snowball - thats the microphone I meant. windows loads drivers for it.

someone else makes Xonar cards now as well, its confusing
I doubt its AIO, you would notice.

safe mode results might tell us more. if it freezes there, its not drivers. if it doesn't freeze, it can either be drivers or just the fact safe mode doesn't stress PC as much as normal can.
0
C

Looking into Display Fusion Pro it appears a user had the same issue which ended up being related to when the display changes. The developer recommended these steps.

Try this and see if it occurs again.
0
D

Looking into Display Fusion Pro it appears a user had the same issue which ended up being related to when the display changes. The developer recommended these steps.
Click to expand...

Worth a try I guess. Could you cite the source of this informatio?
0
C

domi. said:
Worth a try I guess. Could you cite the source of this informatio?
Click to expand...

After 3 days of testing, I can confirm that freezes happen even after turning off the Use transitions when changing option.

About save mode:
So far I couldn't reproduce the freezing problem in save mode. I tried to reproduce my daily schedule where possible but so far "waking up" from screen-off-mode was never a problem.
However, I only could do a few tries since I cannot use my PC properly in save mode.
0
K 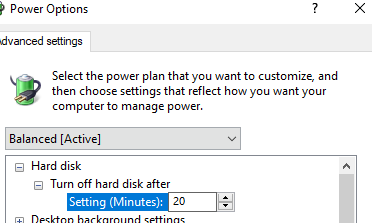 I can, unfortunately, again confirm that this fix does not prevent the freezing issue.
0
P

I've been having this same issue for a couple of weeks now. I've bought a new TV and it's connected to my PC. It's usually switched off. When I switch off my two main screens in the evening and then turn them on again my display freezes and I have to push the reset button. For a time I needed to turn on my TV and then all displays would activate but now even that doesn't help.
I also use DisplayFusion so I think there might indeed be a bug with it.
0
O

I can also report about this issue. I first experienced this around a year back with a Fujitsu Workstation, in which I put my GTX 1080. Reinstalling the machine made no difference, but it was not so important to me, because I used it rarely.
Last year I build a completely new PC:
AMD Ryzen 7 5800X
NZXT N7 B550
32GB (2x 16GB) G.Skill RipJaws V DDR4-3600
850 Watt NZXT C Series C850
2x 1TB Samsung 980 Pro
EVGA RTX 3080 Ti FTW3 Ultra Gaming LHR
2x LG 27GL850-B
I first used Windows 10 on the new machine, but switched to Windows 11 in October.
I experience exactly the same behavior: Monitors turn off after 15 minutes. I reactivate the system by moving the mouse or pressing any key and the monitors turn on. Then the system is completely frozen and I have to hard reset it.
The only konstant between my old Fujitsu Workstation and my new Windows 11 machine is my Microsoft Account.
I've tried many things already, but nothing helped. Has anyone still some ideas?
0

Oachkatzeschwoaf said:
Has anyone still some ideas?
Click to expand...

Please start a NEW thread for your particular situation.