For the past 4 days I've been having a real hard time booting my machine in the morning. When I wake up and try to start my PC, the power button does nothing.

On the first two days simply I disconnected the PSU, opened the case and wiggled some of the cables on the motherboard and that did the trick (took me an hour both days though).

On the third day I did the same thing for 45 minutes with no luck, and then tried jumpstarting it with a screwdriver. Didn't work, so I fiddled with the cables for 15 more minutes and then managed to jumpstart it.

Today was the worst day so far. Before going to bed, I put my PC on sleep mode to see if I could wake it up in the morning (had problems with this in the past). Nope. Guess the PC didn't get enough sleep because it wouldn't wake up to anything... So I ended up pulling the power cord and doing the very same thing with the cables for TWO whole hours while trying to boot / jumpstart every so often. I also disconnected the mobo battery but it didn't help. Finally, a little after 2 hours the jumpstart method worked, amazing!

That's where I'm at now. About to go to sleep, but leaving my PC on for the night! 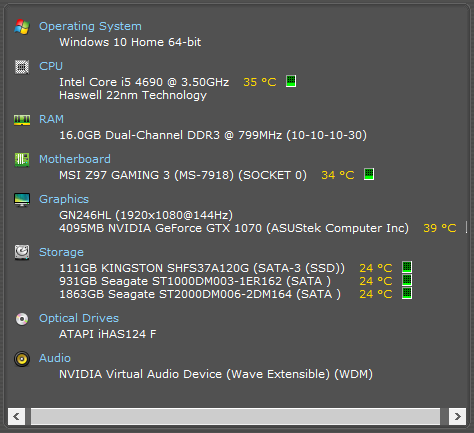 They are all 4 years old except the GPU and half of my RAM, which are both just shy of 2 years.

I don't know. I'm just posting this and praying for some positive feedback. It's pretty late so can't think of anything else to share, let me know what would help if anything, thanks. Good night!
0

there are a few things that come into my mind:
IMO, the motherboard is faulty; also u can check whether the cpu pins are bent or not;
Last edited: Nov 25, 2019
0
J

Update on the situation:
I had my pc on for 9 straight days with no problems, then I decided to try my luck by powering off the machine AND disconnecting the power cord for the night. The computer did not boot in the morning. In fact, it took me just shy of 12 hours to get a boot! I pretty much disconnected everything from the motherboard and tried booting with one stick of ram and no hard drives, gradually adding more ram and connecting my hard drives as time went by, trying to power it on every so often. Nothing worked. Feels like getting a boot is just a matter of luck. Thankfully I got it working just before going to bed, about 12 hours later as I said. I do not have any intentions of powering it off anymore, but restarting works so that's good (if lag occurs for leaving it on for ages). I also noticed that my front panel fan leds work now! They hadn't been working for like 5 months. Gives me hope that my pc could be back to normal now but I'm not risking it; pc stays on.
0
J

Bump? It's now the 9th of September and I've had my pc on 24/7 since my last update, though I've rebooted a few times as it works just fine. Thinking of buying a new pc soon, unless someone knows how to fix my issue. Cheers.

It has been a while. I've yet to buy a new pc as my current one has been working fine, even though I have to keep it on for all day, every day. Wondering if it's a mobo or a psu issue. If there would be a way to find out, let me know! Ask any questions that could help determine the issue.
0

have u tried with a spare PSU? whats the make and model of ur PSU?
0

If u r able to boot, check ur processor with this tool; https://downloadcenter.intel.com/download/19792/Intel-Processor-Diagnostic-Tool ; but most likely ur motherboard is faulty...
Also disable fast startup...
Control Panel>Hardware and Sound>Power options;
then on the left click choose what the power button do> uncheck turn on fast startup...
0
J

Oh wow a reply, thank you!


Sohom said:
have u tried with a spare PSU? whats the make and model of ur PSU?
Click to expand...


Sohom said:
If u r able to boot, check ur processor with this tool; https://downloadcenter.intel.com/download/19792/Intel-Processor-Diagnostic-Tool ; but most likely ur motherboard is faulty...
Also disable fast startup...
Control Panel>Hardware and Sound>Power options;
then on the left click choose what the power button do> uncheck turn on fast startup...
Click to expand...

I've been able to boot like 4 times yes, but it is SO HARD! Power button does nothing and jumpstarting doesn't work. Well, it has worked so far, but it has taken anywhere from an hour to 12 hours to get it to work. I connected the two correct pins with a screwdriver and if it didn't boot, I tried a few more times. If nothing happened, I turned off the psu, unplugged the power cable and waited a few minutes and then tried again. Repeat, pray a little and repeat again, until the machine finally boots.

I've disabled fast startup at some point, but it doesn't show in the location you described anymore. I will run the Diagnostics Tool now.
0
J

All green on the Diagnostic Tool. PASS on everything.

Oh and by the way, the PSU still has a warranty until the end of 2020. That's why I would like to know what's causing my issue of not being able to boot properly.

Let me know your thoughts, thanks!
0

there are a few things that come into my mind:
IMO, the motherboard is faulty; also u can check whether the cpu pins are bent or not;
Last edited: Nov 25, 2019
0
J

Sohom said:
there are a few things that come into my mind:
IMO, the motherboard is faulty; also u can check whether the cpu pins are bent or not;
Click to expand...

Oh, well actually for me too, the problem started with sleep issues like less than a year ago! PC would not wake up and I had to pull the plug, after which it would start normally (iirc).

It's hard to find LGA 1150 motherboards where I'm from, and they can be very pricey... My PC specs are just fine for my current gaming needs, so it would be much better to replace the motherboard instead of buying a whole new PC... I will try to get my hands on a new mobo (hopefully the same one I have atm, MSI Z97 Gaming 3) and once I get one, I shall take a gamble and turn off my PC to install the "new" part. When that happens, I will update this post to let you know if it worked.

I won't bother checking the CPU pins yet, I am pretty sure they are just fine. Will do when installing a new motherboard.

I appreciate the comments! Have a good one, talk to you soon.
0