[SOLVED] Pixels appearing on my screen

I bought my zotac gtx 760 dual fan from my friend. It was working fine in the past 1 month. but after 2-3 months the screen pixels appearing suddenly which requires to force restart my PC.

Sometimes I just wait it up and it will suddenly disappear without restarting but my game will crash resulting to rerun it. But sometimes I can just play just fine without the pixels appearing.. I don't know what causes this issue so I made some troubleshooting, whenever the colorful pixels appear in large boxes I tried to move bump my cpu slowly and the pixels on my screen will move or reduced. Also I removed my cpu case and i tried to slightly touch my video card and the pixels will also move. I tried reseating my video couple times but no luck. I am also using a DVI to VGA converter since my gpu doesn't have VGA. My system setup isn't that great, I'm using amd a8 9600 paired with gtx 760, hyperx Fury 8gb 2400mhz ram. provided with Asus a320m-k motherboard which i bought online (cheap) but its BIOS locked and cannot be cmos reset. 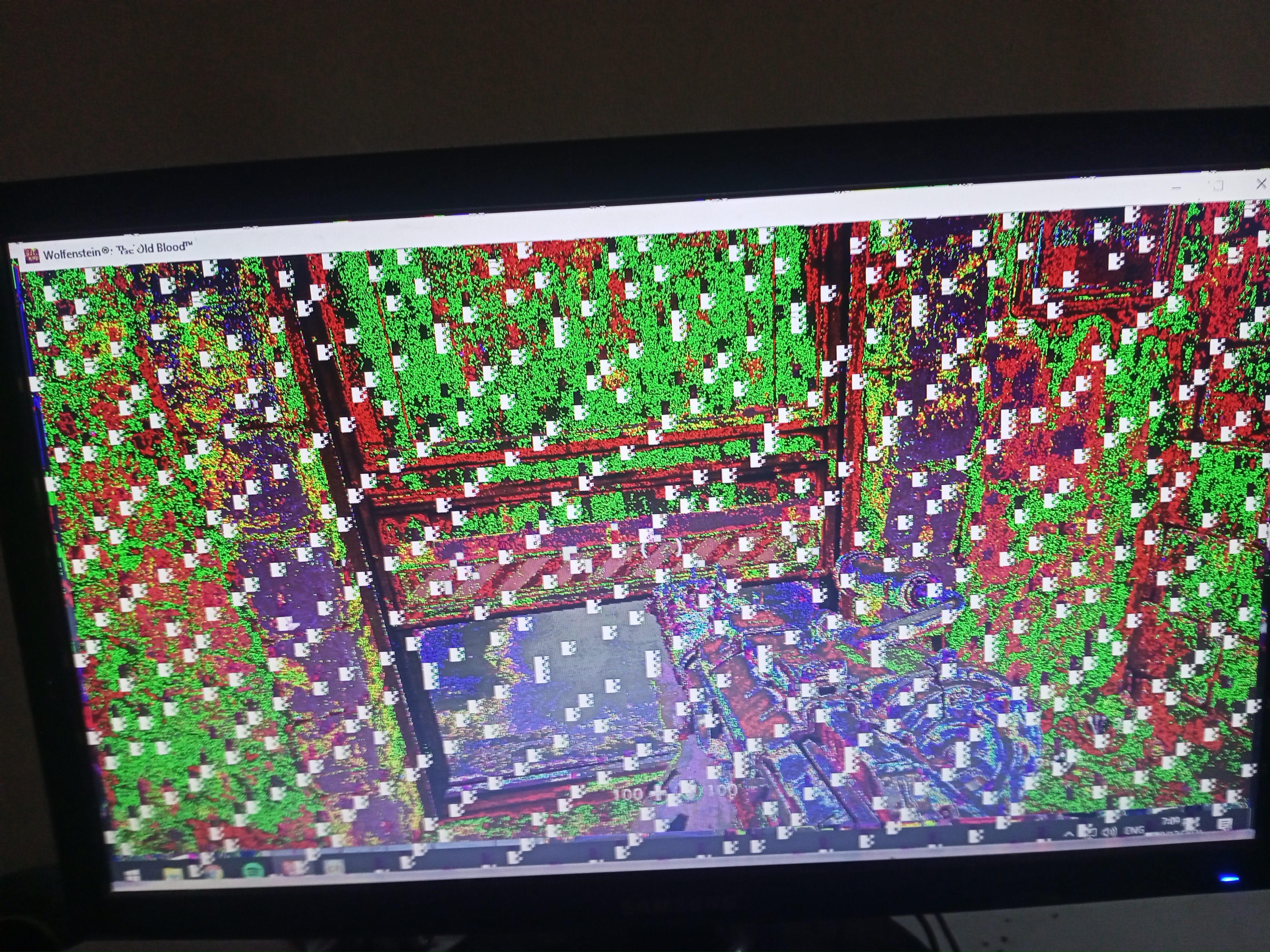 The corruption you’re seeing is junk data filling your screen buffer. This normally indicates that the capacitors or mosfets on the card are starting to degrade.
Reactions: angelosynapse
0
T

It’s dying. Slowly but surely. Eventually it will just stop working.
0
A

can u be more specific?
0
T

The corruption you’re seeing is junk data filling your screen buffer. This normally indicates that the capacitors or mosfets on the card are starting to degrade.
Reactions: angelosynapse
You must log in or register to reply here.
Share:
Facebook Twitter Reddit Tumblr WhatsApp Email Link