Hello,
I've recently upgraded my pc from Ryzen 3 2200G to R5 2600. Motherboard also changed from A320 to B450. Details of the parts later.
Saturday night after I finished the build, it was worked fine without issues. On sunday morning, no issues too. So I did some browsing, gaming, and light graphic design works on it. I was using the PC from morning to afternoon (to 16:00 or 4PM).
But at night when I turned on the pc again, what I got was black screen.
Usually after the logo, LED on keyboard turned on. This time nothing happened. Even the mouse LED was off too. But the LED on case fans and heatsink fan turned on.
Here's my pc parts:
So I took off the motherboard from the case and,
What I already tried:
Anyone have any idea what was wrong? Is the motherboard died or the R5 2600 is faulty?
0

Have you tried booting your new motherboard with the HDD disconnected to see if you can get into the BIOS?
0
M

rocktalkrock said:
Have you tried booting your new motherboard with the HDD disconnected to see if you can get into the BIOS?
Click to expand...

Btw here is the recent update:
I tried to further troubleshoot it myself by swapping the processors (2600 to A320M, 2200G to B450M), and well... the motherboard is broken. Couldn't get into BIOS, and only things that turned on are LED and fans only.

So, what puzzled me now, how can it broke so suddenly? Afew hours earlier it was still fine and I even shut it down properly.

Did I damaged my motherboard by how I attach the CPU cooler?
My CPU cooler is attached using clip-style thing like this: 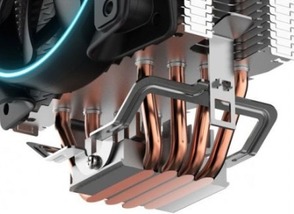 What i did was loosening the bracket/retention/(?) - this yellow thing, except it's not yellow in my MB - before attaching the cooler because I couldn't hook the other side if the retention is fully screwed down. 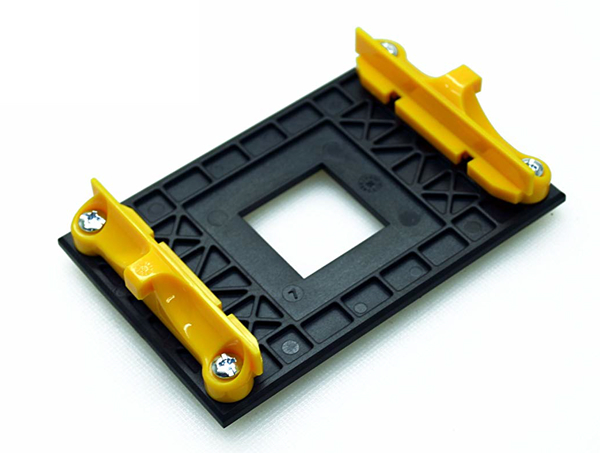 After the hook has been successfully attached, I tightened the retention again by screwed it down to original position even though it was kinda secured already.
Did I put too much pressure to the motherboard?
This time on my A320M-HDV I didn't tighten it like before, because I've read somewhere that if it feel secured to its position, don't add more pressure again.
0

In my past experience when the motherboard LED's light up and fans spin, but the screen stays black, the problem is the RAM. Are you certain the RAM sticks are pushed all the way down into the slots, at both ends? Also check for any dirt/lint in the Ram slots.
0
M

rocktalkrock said:
Are you certain the RAM sticks are pushed all the way down into the slots, at both ends? Also check for any dirt/lint in the Ram slots.
Click to expand...

Yes, the RAMs are correctly placed. The slots are clean too. Hours before it went black screen it was fine, I used it for gaming, 3d rendering, and some graphic design works.
Used it from morning to 16:00 / 4PM, shut it down because I want to sleep, and 2 hours later when I turn it on the screen stays black.
You must log in or register to reply here.
Share:
Facebook Twitter Reddit Tumblr WhatsApp Email Link