Question Regarding placing a Fan on top of Tower CPU fan

I've recently bought a new PC with 4 stocks fans(3 at the front intake, 1 at the rear outtake)
and I've placed a corsair a500 on top of the CPU(outtake is in the direction of the rear case fan).
After a while, have noticed that the rtx2080ti heats up really quick after putting it under heavy load(It reaches 80-83), I've come to the conclusion airflow in my case is not the best due to it having only one exhaust fan thus not taking all the hot air out.

so I went to the store and asked about a few fans and which ones might be better than others, The dude over there suggested moving the rear stock fan on top and then placing a 140mm on the rear due to the A500 interrupting the airflow towards the upper fan.
The Issue is I am unable to place a 140mm at the rear, only on top(this is the fan he suggested I'd buy Corsair ML140)

So I've been debating whether I should get a better 120mm fan than the stock one (stock one reaches 1600RPM) and relace the rear fan or place a 140mm on top(at the far end of the case so it won't interrupt the airflow coming into the A500)
The case is also a bit small, I am unsure how much space it would have ontop(The 140mm fan)

The red line marks the top of Corsair A500. Will there been enough room to place the 140mm fan? (Corsair ML140) and will it be effective at clearing the heat out of the case? 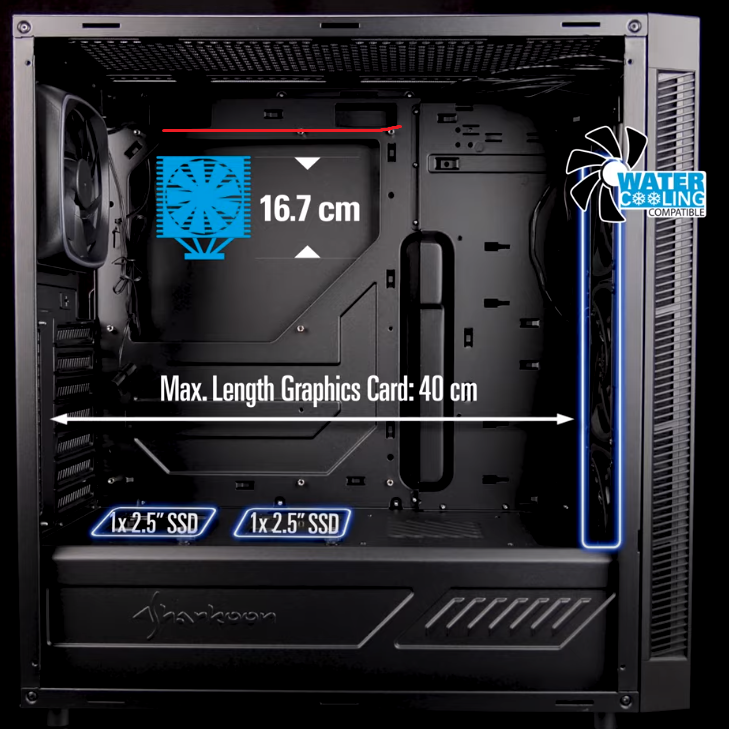 Ps I apologize for my bad English, Thank you for taking the time to help me
Also please do not suggest getting the Corsair 120 ML because I could not find a store that sells a single, only a package of 3. and ordering from Amazon is not an option due to delivery times are way too long, especially in these times

TDLR : I want to add a 140mm case fan but don't have a place at the rear, only at the top which the Corsair A500 blocks, What should I do?

Those temps are normal for your video card under a normal setup.

What may be the issue is your case intake restricting airflow in the case, if you only have those side vents, that can cause an issue. The best cooling cases have a pretty much the full front a mesh to allow air in.