I bought a new desktop last week, and noticed it started to have graphical issues, such as screen tearing and artifacting.I contacted the manufacturer, and they trouble shooted with me, by benchmarking it, tried replacing HDMI cable, etc.I sent them photos of what I was seeing and videos.They determined that the graphics card was faulty and that they could replace it for me or I could swap out the entire computer from the store I got it at.

I went for the second option.they delivered the new one today and took the old one back.I updated everything, went into my game and once again this one has artifacting.
I contacted the manufacturer again, and she doesn't believe it to be a hardware issue, since its happening on two computers, she's thinking its more of a game issue.

I would really not have to deal with the store again as they were very very difficult to work with.

I bought the desktop last week and had it swapped out yesterday with the same model And its still doing it. 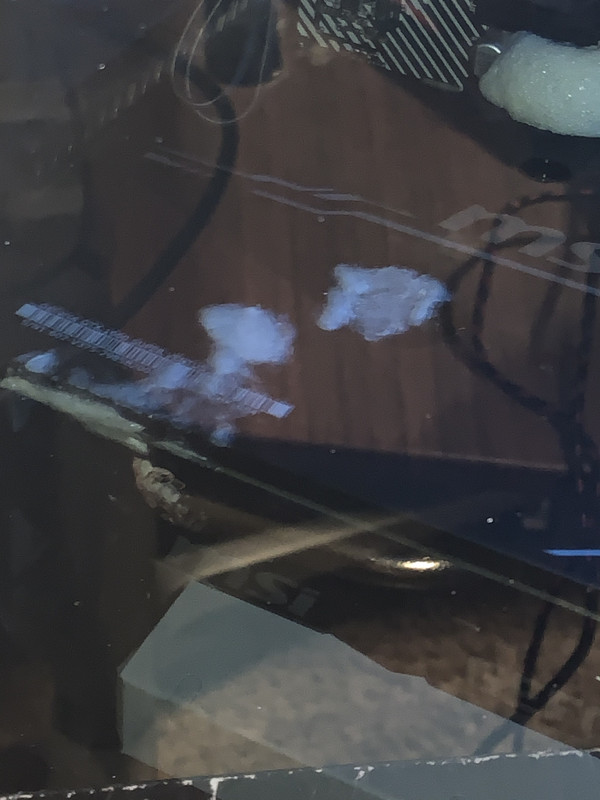 And I noticed this white gooey stuff on the graphics card.Could this be causing the issue? Was it that? Thermal paste?
0

Maybe it's a monitor issue?
0

Do you see artifacts only in that game or others?
0

Can you take the side panel off and get a better pic of the goo on the gpu?
0

What is on the GPU and down by the PCI-e slot where the card meets the motherboard.
0

I ended up replacing it once again, apparently it was thermal pasting that has dripped on the graphics card.
However, this new desktop is doing the same, I am starting to think its the game.I will get more details for this PC when my phone charges(camera)
0

Did it come new out of the box dripping with thermal paste as in the picture?
0

GarrettL said:
Did it come new out of the box dripping with thermal paste as in the picture?
Click to expand...

The one I had earlier came with the thermal paste all over it like inside the box which is why I brought it back.Got my money back and went to another store.Got a different computer same brand, but its doing the samething.