Info RTX Gaming and Video Card Power Issues? It May Be Your EVGA Powerlink Adapter is at fault.

So for the last week, I have been trying to figure out why My RTX-2060 is cutting out signals to my monitors leaving the computer still running properly ( I tested that using team-viewer and remoting into my problematic computer from the laptop)
so I read the forums as one should do, and I could not see the issue with my system, its a simple I7-8400 with no overclocking, with an RTX2060, and RM750X PSU, now to add to my inquisitiveness I have 2 identical computers so I swapped video card and the problem remained. on my computer, I was starting to consider replacing the psu with another I had as a test then my wife said, "what's so different between our computers you have the problem, and I don't"

I have an EVGA Powerlink Adapter, I had it in mine, but not hers because, I was in an "oh cool, no wires showing binge.. ", the device contains capacitors and they can go bad after a few years of usage, they looks like this: 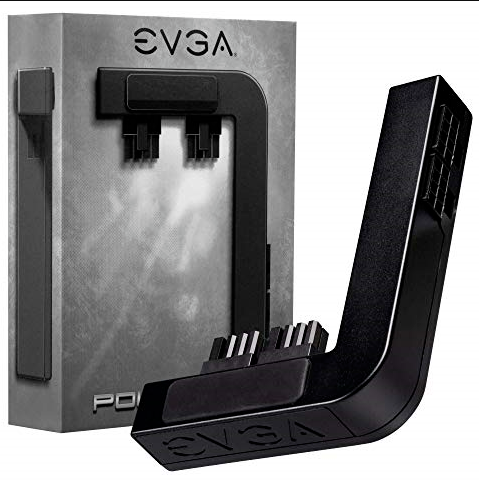 so I removed it and connected the power supply directly to the video card, and the problem disappeared while gaming.

I hope this may help someone that may have this device and having this issue to consider removing this device and testing the computer again, before and spare them from buying a PSU or video card.
0

Would it be OK if I or you or someone else changed the title of your thread? It would be helpful to have EVGA Powerlink Adapter in the title. It's an obscure enough thing that the vast majority of people searching this problem won't actually have it that particular item.

Maybe something like
RTX Gaming and Video Card Power Issues? It May Be Your EVGA Powerlink Adapter
0

Thanks! That'll make your story more usable for people who need it, I think!
Reactions: The Paladin
0
D

I can confirm that my EVGA powerlink also led to issues with my EVGA 1080 Ti. This happened after 4 years of usage.

Worst symptom:
computer would fully crash when video card power overcurrent protection kicked in with blacked out screen and maxed out fans. would occur on boot, in windows, in games, etc.
Reactions: The Paladin