Question Rx580 8GB green artifact on the top of the screen

So I currently have a RX580 8GB (about 4 years old now), i run a two monitor setup, (144hz and 60hz) and since yesterday it started showing green artifacts on top of the screen on Chrome and whenever it does, it freezes the screen for how long the artifacts appear, its been getting worse lately, showing it also on desktop and other applications and more frequent too. Also, according to Task Manager, its at 57ºC constantly. I had the latest drivers, and trying to troubleshoot it I already uninstalled the drivers and tried to do a clean install by reinstalling AMD Adrenaline, but no luck...
to describe the artifacts better, i already seen green, red and black artifacts, they flicker for what it seems to be every other frame (so 1 frame on the other off), for 0.25s up to 3 seconds. On Chrome its the worse were that line gets thicker and its always more than 1 second. Note that it only appear on one of the monitors!!! The main monitor is connected via Display Port which is the one that the artifacts appear, and the other monitor thats connected via HDMI doesn't have any artifacts appearing at all.
below is an image of the artifacts that i was able to catch. 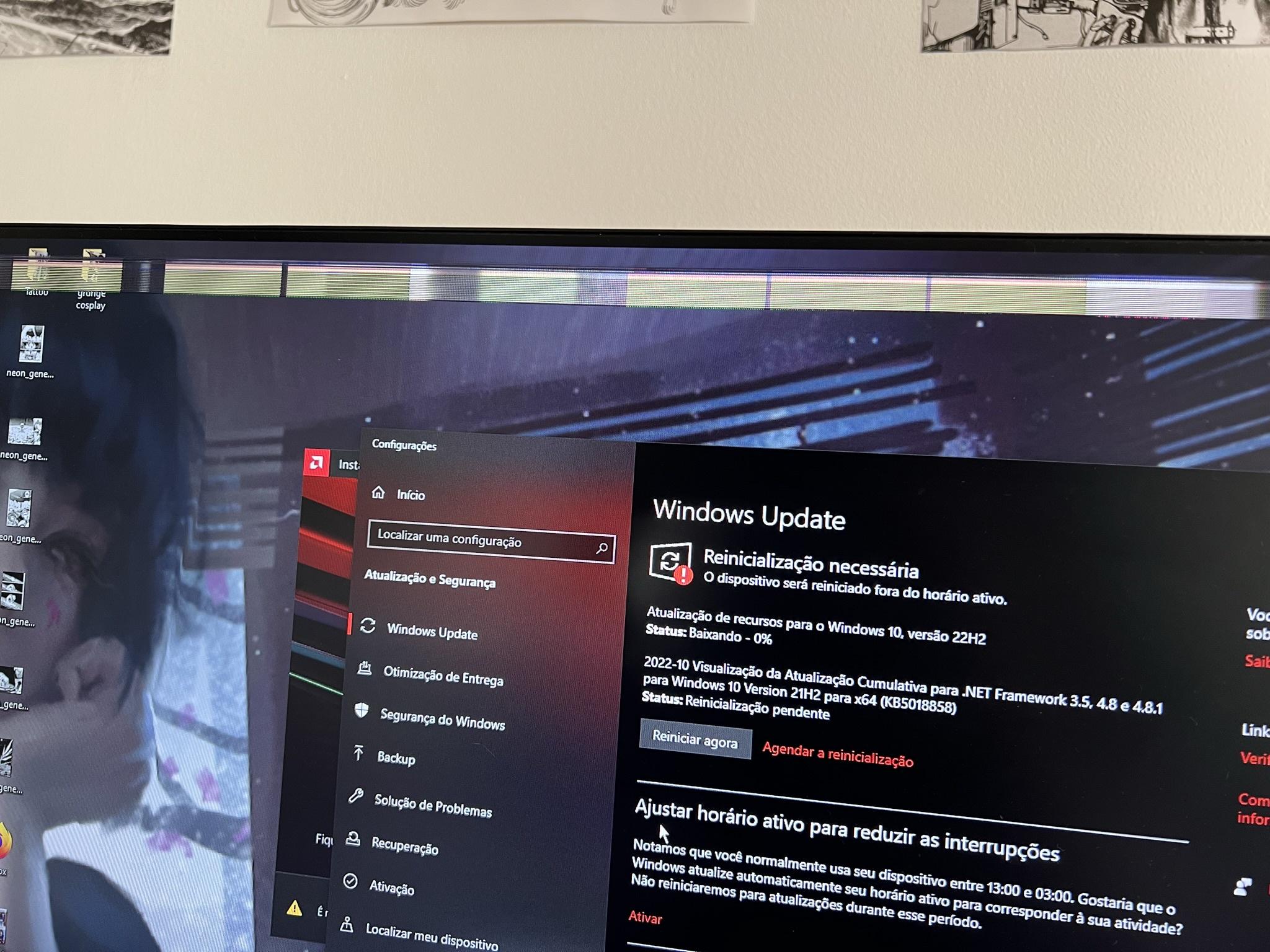 Edit: Just checked, if I use only the HDMI the artifacts disapear, but this is a problem since RX580 only has 1 HDMI output
Last edited: Nov 1, 2022
0

Use GPU-Z and see what the memory size shows up, while in Device Manager, see if you're seeing an error 43. Make and model of the PSU in your build? Age of the PSU in question? Have you tried DDU'ing and then manually reinstalling the latest GPU drivers for your discrete GPU?

Lutfij said:
Use GPU-Z and see what the memory size shows up, while in Device Manager, see if you're seeing an error 43. Make and model of the PSU in your build? Age of the PSU in question? Have you tried DDU'ing and then manually reinstalling the latest GPU drivers for your discrete GPU?

48gb or ram
Can you elaborate on that?
Click to expand...

On GPU-Z it shows the usual 8GB of GDDR5 (Hynix) as seen here
No code 43 shown.
PSU is an DeepCool DA500, about 2 years old (had to replace it because the old one died, when it died, this GPU was on the rig)
I'll DDU now and come back with the results

Did a DDU, and when there's no drivers installed it works fine, but i can't have 2 screen without drivers, already tried windows driver installer, amd adrenaline drivers only and full install and all of those 3 make the issue reappear... I'm guessing its not an hardware problem since it doesnt happen when no drivers installed? or do i have to replace the GPU?
You must log in or register to reply here.
Share:
Facebook Twitter Reddit Tumblr WhatsApp Email Link