I got a Sapphire Nitro+ RX580 4GB Graphics card from Ebay.

It works as system boots fine caps lock works fine but I get no display output from Display port, HDMI or DVI on both BIOS switches.

I downloaded the BIOS from and tried to use AMDVBFLASH under administrator to update the BIOS but I get the "error reading from ROM" error which I guess it's going to be from reading the primary HD7750 card.

I have included a screenie of what its shows as in device manager, the GPUZ error and AMDBVFLASH error. I've also included the label from the card to confirm what it is.

I don't know if I'm missing something or doing something wrong but there a way around this so I can update the BIOS back to the correct one as I think it will be fine with the correct BIOS onboard.

Thanks again in advance for any help 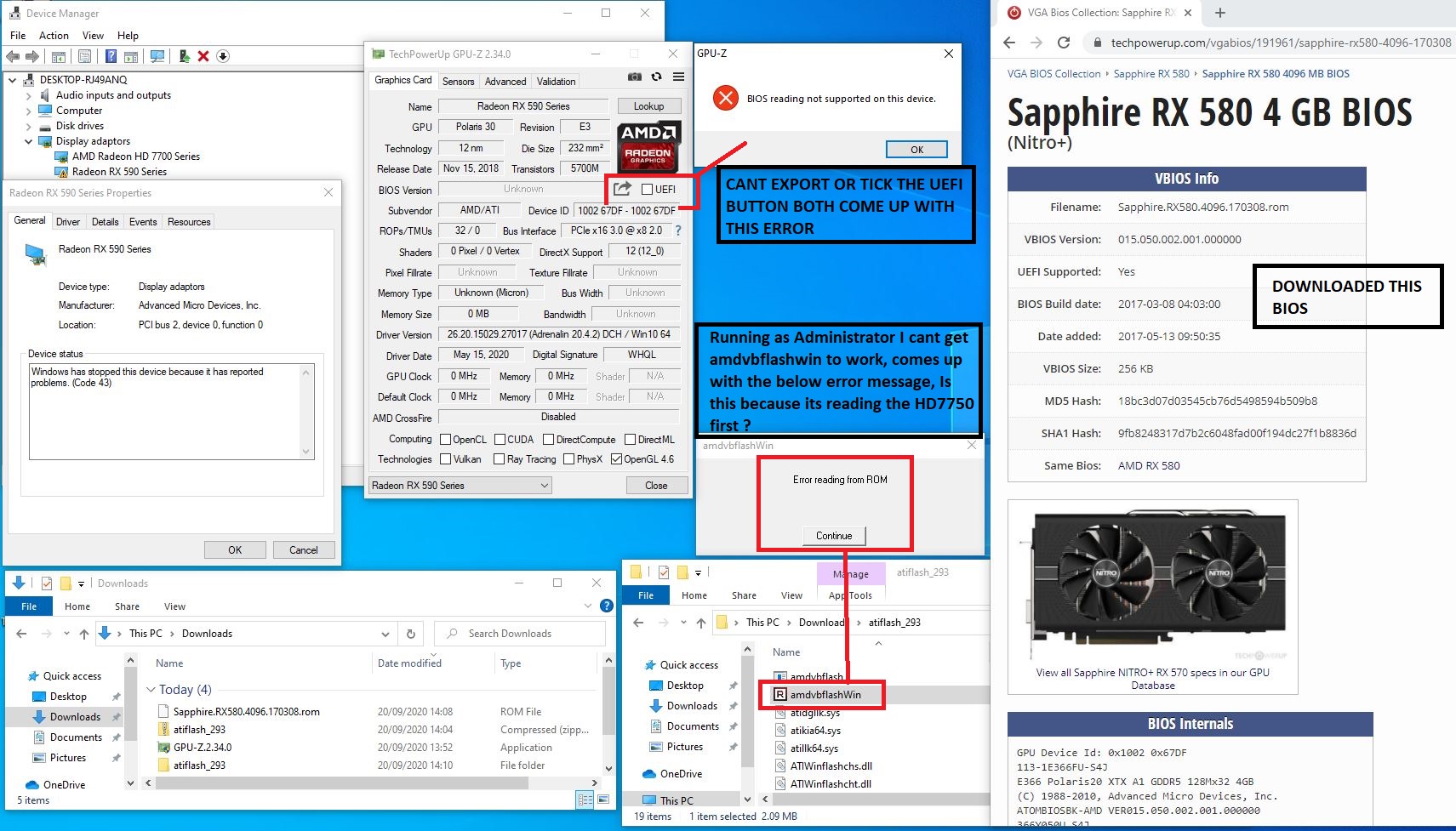 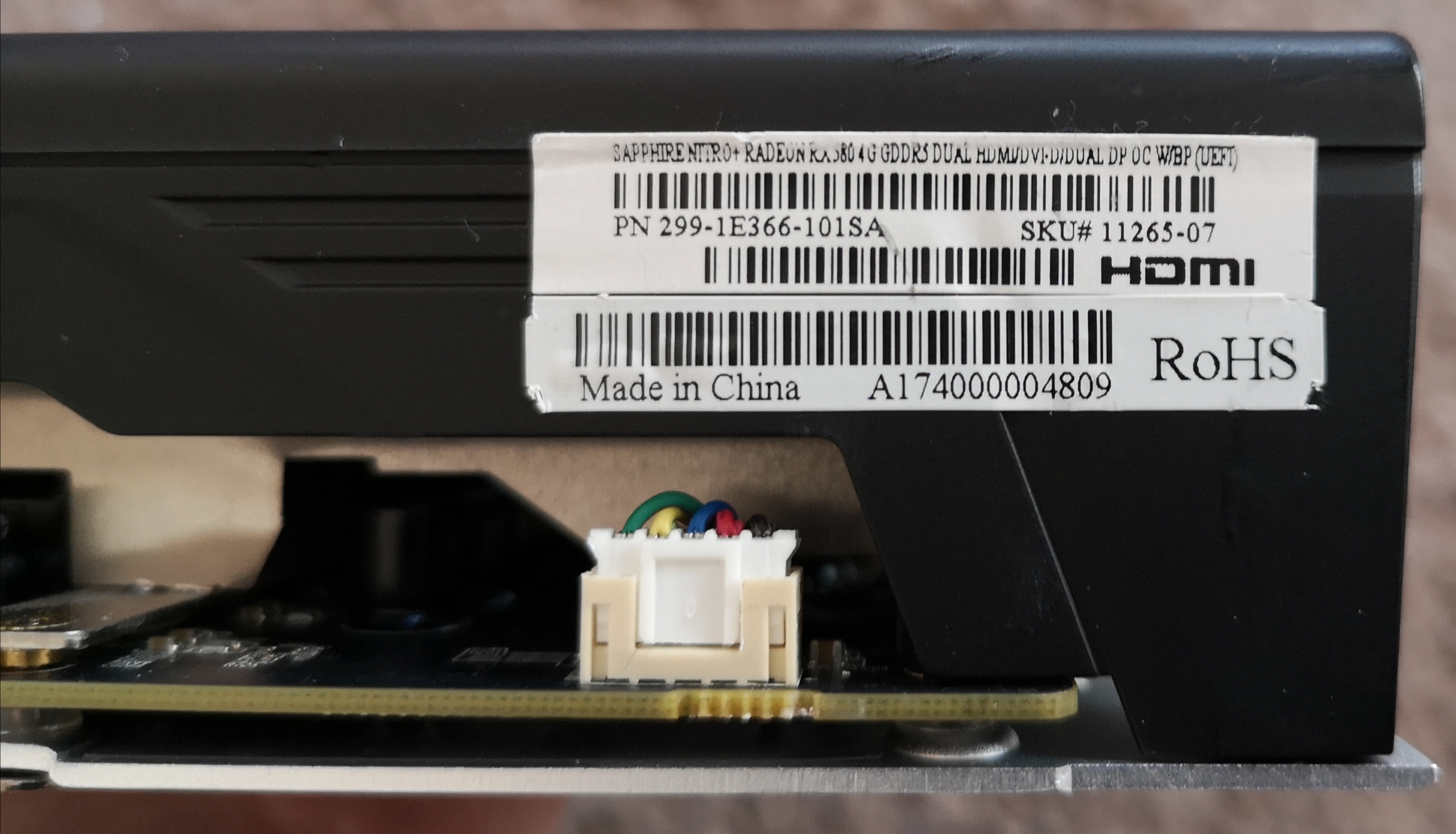 I've had a go Helpstar had the latest amdvbflash but did the ddu unstaller as you said which helped it.

Windows version of amdvbflash still doesn't work have the same error. Using the command line version as Administrator and got little bit further.

It won't work in 1st slot so have it in the 2nd slot I can see both cards now in amdvbflash at the command line.

I disabled it in device manager and rebooted already.

It has the BIOS details below

Anybody had this before ?
0
B

Does anybody know where the Bios chip(s) are located on the Sapphire Nitro+ RX580 4GB ??
0

boomycol said:
Am I going to have to do the 1+8 Method on this ?

Does anybody know where the Bios chip(s) are located on the Sapphire Nitro+ RX580 4GB ??
Click to expand...

boomycol said:
Am I going to have to do the 1+8 Method on this ?

Does anybody know where the Bios chip(s) are located on the Sapphire Nitro+ RX580 4GB ??
Click to expand...