Description of Original Problem: Recently, like a week ago my CPU temperatures started going really high even when nothing but Chrome is open. Around 78-80 degrees. When gaming like Java Minecraft with some shaders CPU temps go over 90 to 95 celsius and I can feel the glass part of the PC case hot as hell which scares me. Even when I'm in the uefi BIOS setting CPU temps won't go below 50 celsius which is still very hot. The whole setup isn't even half a year old and I barely if ever put my PC under demanding stuff or stress. I take care of it. Yet I cannot find the origin of the issue.
Troubleshooting: I've tried manually setting CPU fans to maximum but the temeratures barely go any lower. I tried setting power consumption plan in windows control panel from maximum performance to balanced or even power saving but no change. I also carefully removed the cpu cooler, cleaned it and the CPU surface off residual paste, repasted it and put the fan carefully back. No change. Did the same again but with a different, similarly performing Arctic CPU fan. No change. Added a secondary fan next to the main CPU fan. Degrees lowered from 80 idle to 75 idle. It's not much, still very hot.
Computer Type: Desktop GPU: RX 580 8GB CPU: RYZEN 5 2600X 6 CORE 12 THREADS Motherboard: ASUS PRIME A320M
RAM: 2x8GB CORSAIR VENGEANCE 3200MHZ CL16
PSU: APPROX APP700PS 700W
Case: Zalman R2
Operating System & Version: WINDOWS 10 PRO 64bit 20H2 19042.685
GPU Drivers: Radeon™ Software Adrenalin Edition 20.12.1
Chipset Drivers: A320 2.10.13.408
CPU coolers I tried: Stock Wraith Spire cooler, Arctic 64 GT
Cooling paste: Arctic
Background Applications: CHROME 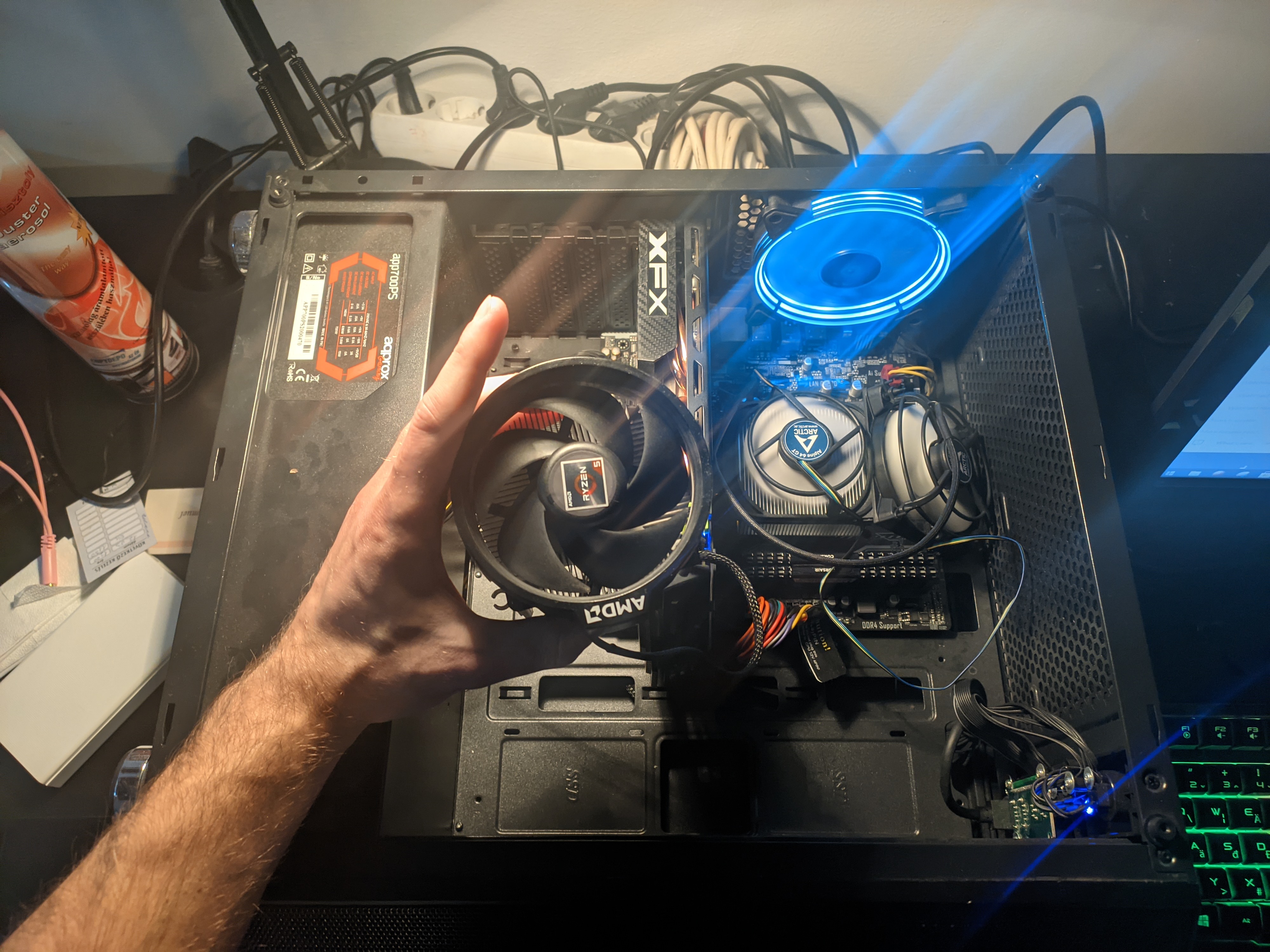 reset the BIOS by jumper

be sure the cooler is really tightened to the socket
Click to expand...

I followed the motherboard manual and cleared cmos. I just updated the bios via Ez flash menu. Not much of a change sadly. It seemed to work for a minute because after startup idle temps showed to go down to 40 celsius but after another reboot it's back at 75 again. The cooler is tightened, I made sure.
Last edited: Jan 12, 2021
You must log in or register to reply here.
Share:
Facebook Twitter Reddit Tumblr WhatsApp Email Link