I recently built a new pc, msi b450m mortar max, ryzen 5 3600, gtx 960, 15gb ram, 700w psu, everything was working perfectly fine, until I decided to update the bios, which crashed the motherboard, so I flashbacked the bios and got it working out of the case, once back in the case, the ezdebug cpu light was on and not posting, back out of the case and flashed again, and working again. At this point I thought it was the IO shield so I removed this as some of the metal shards were bent, and didn't risk bending them back or putting it back in. So I completed the build and put it back In case and the same error light came back on. This time on inspection. Of the motherboard some of the standoff holes had been scratched and some of the standoffs were scratched this was due to when I was removing the board. So I believe this is what is causing the MB to keep crashing, I have ordered some new standoffs in the meantime, however I want to check if it is the actual motherboard standoff surround the holes.

Can you post some photos of the damage? - scratches, bent i/o shield
(upload to imgur.com and post link)
Reactions: DrFate8
0

let see if you could find some carbon washer to put on stand off in case to see if boot work as breadboarding .
Reactions: DrFate8
0
D

Also forgot to add that the standoffs are steel coated ones, should I try brass?
0
D

Also does it matter if the actual standoffs have been scratched? Or is it the fact that one of the holes have scratched and are showing some copper? I'm not sure to be honest
0
K

Set of standoff holes in photos look fine for me. They all look like that when board is moved into case and out few times. FYI: They both are round copper traces around holes covered with thin layer of solder and without connection to anything. If motherboard PCB design is correct, there should be no difference between metal or dielectric standoffs. Washers will not help - standoff hole is copper coated through board or have a ring of throughput holes made with a goal to strengthen copper coating around hole. What you certainly must not do - connect standoff hole screws with common ground trace or pad on motherboard in some way. Depending from your PSU and network grounding in bad circumstances it may cause either noisy network, voltage ripple or fry your motherboard.

OP should check IO shield plate for making accidental shorts somewhere at motherboard. May happen that something else on motherboard lose contact when board is mounted inside case. GPU, RAM etc.
0

Everything looks fine there. No broken traces.

Check, if you have correct number of standoffs. Board has exactly 8 holes for standoffs.
You should have only 8 standoffs installed in pc case - one per each hole (not more).

Also there are 2 spots for plastic standoffs (lower left and lower right corners). Do not use metal standoffs there. 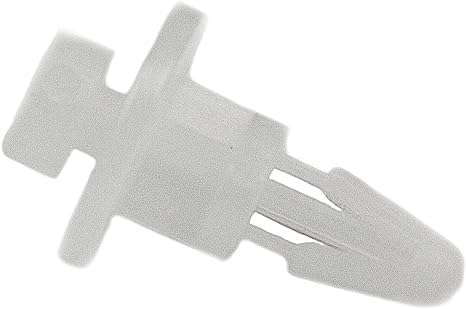 SkyNetRising said:
Check, if you have correct number of standoffs. Board has exactly 8 holes for standoffs.
You should have only 8 standoffs installed in pc case - one per each hole (not more).
Click to expand...

Another thing - lack of one standoff usually does not cause problems in PC case is not moved around much. But some cases have standoffs mounted in configuration for M-ATX board. I forgot about this once and shorted one regular ATX motherboard. Luckily PSU turned off timely so without bad consequences. Same mistake may happen when motherboard is changed from ATX to M-ATX or vice versa. OP must thoroughly check are standoffs in case match with standoff count required for his motherboard (as mentioned above) and standoffs themselves are located exactly below motherboard holes. Minus center pin standoff obviously.
Reactions: DrFate8
1
D

Thank you for all the help, so it must have been some electrical current that shorted it, so I've been careful this time around and it has worked perfectly. Thank you all again
You must log in or register to reply here.
Share:
Facebook Twitter Reddit Tumblr WhatsApp Email Link